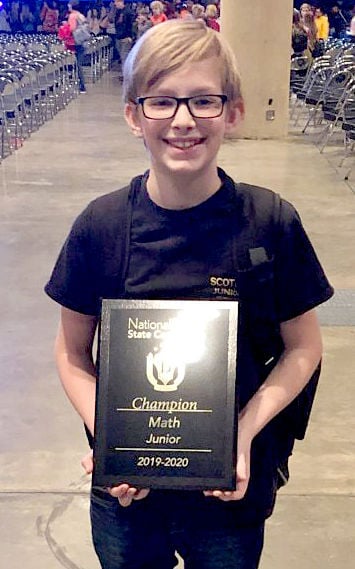 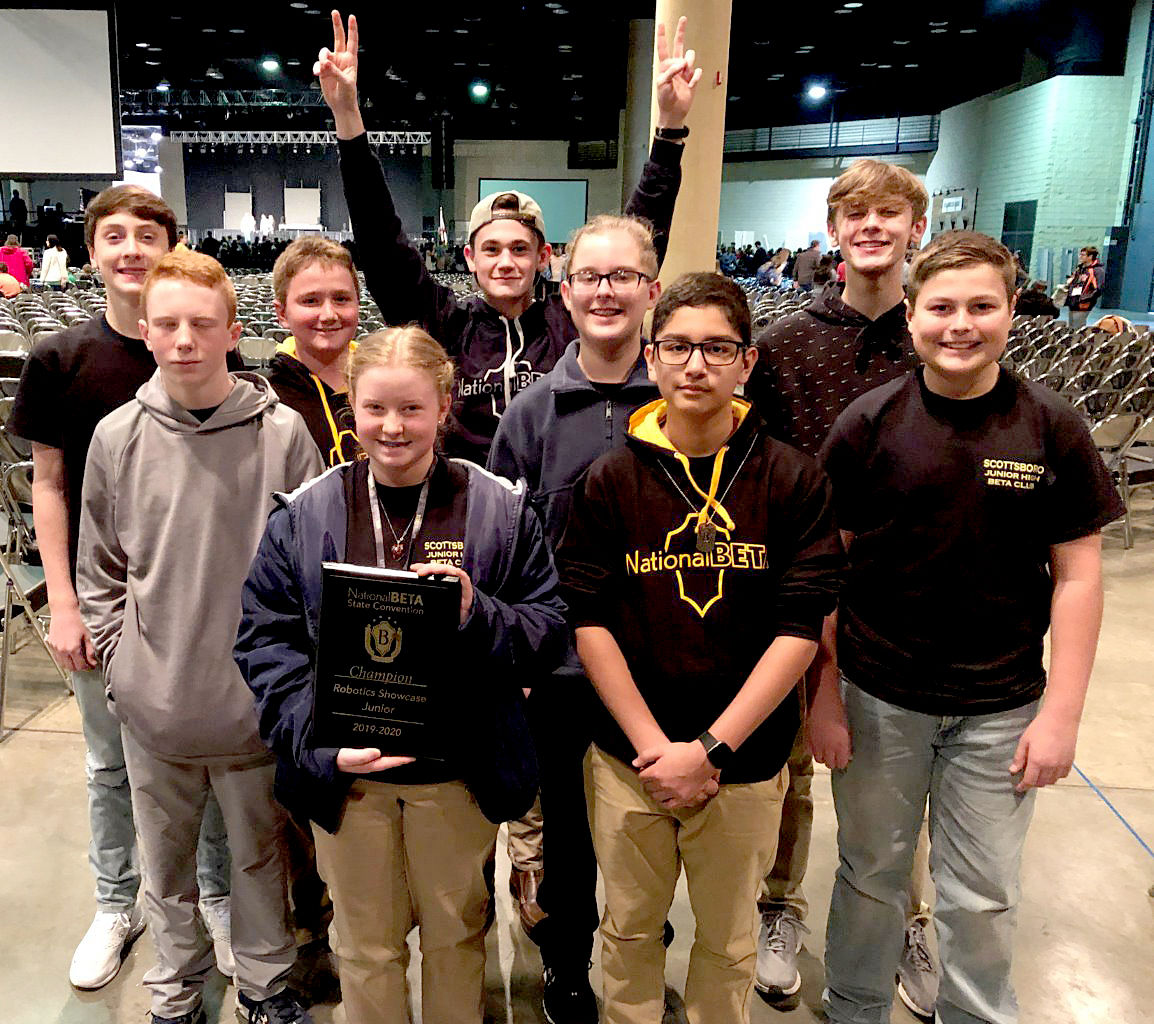 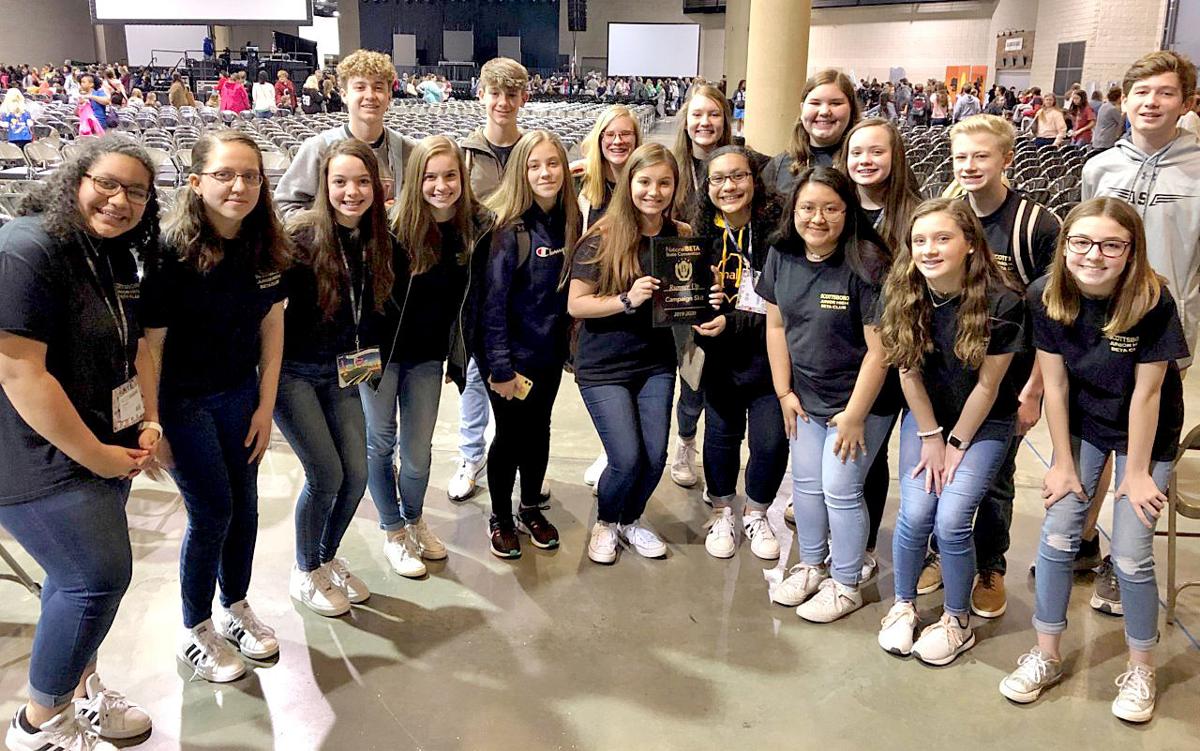 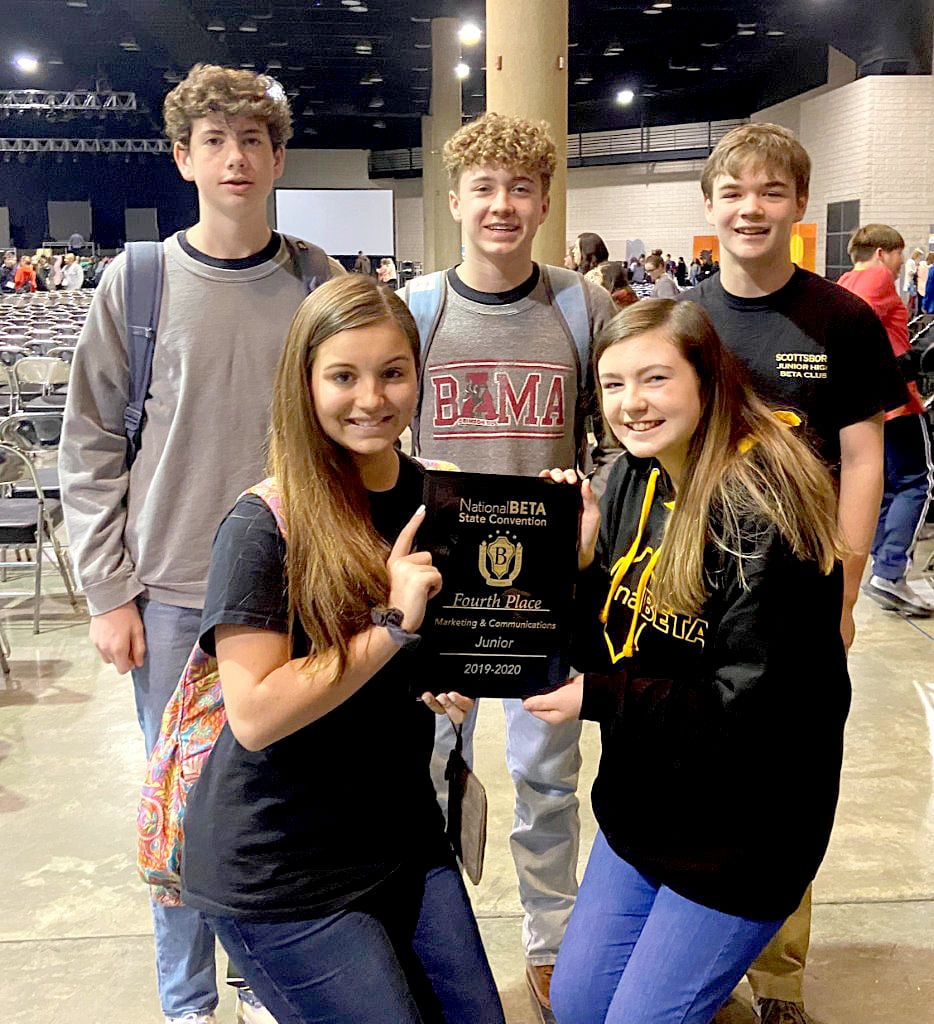 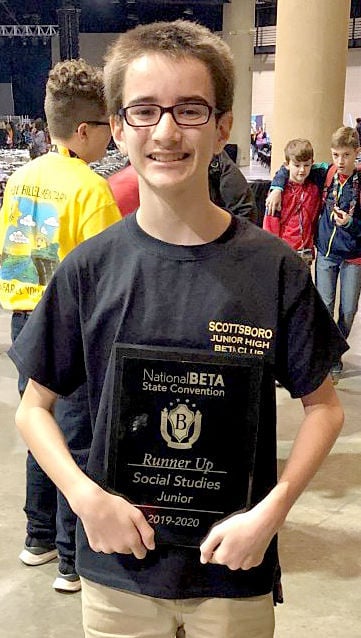 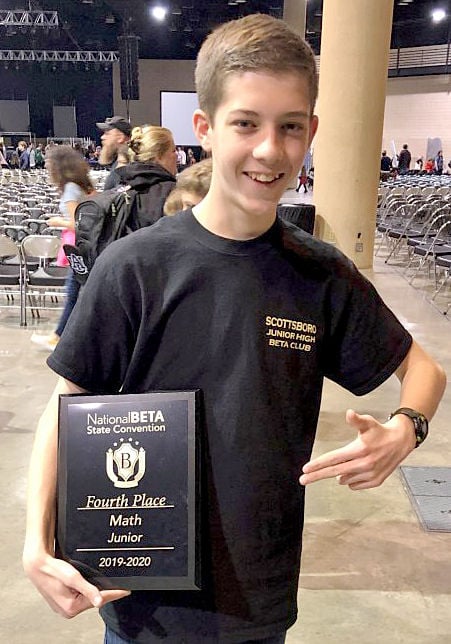 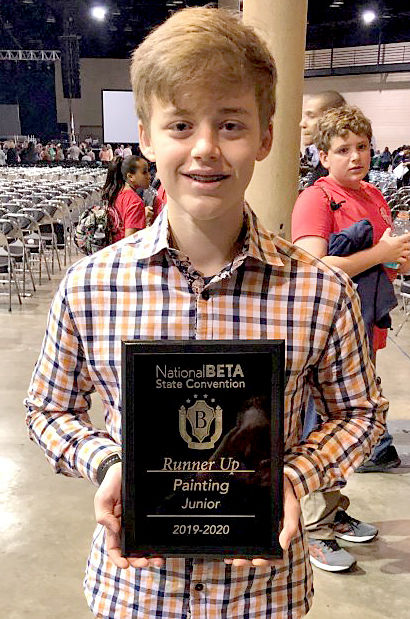 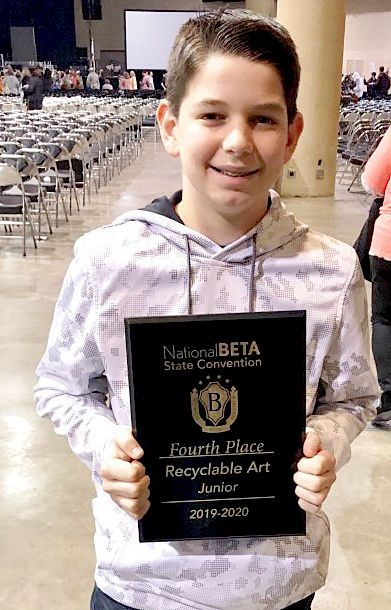 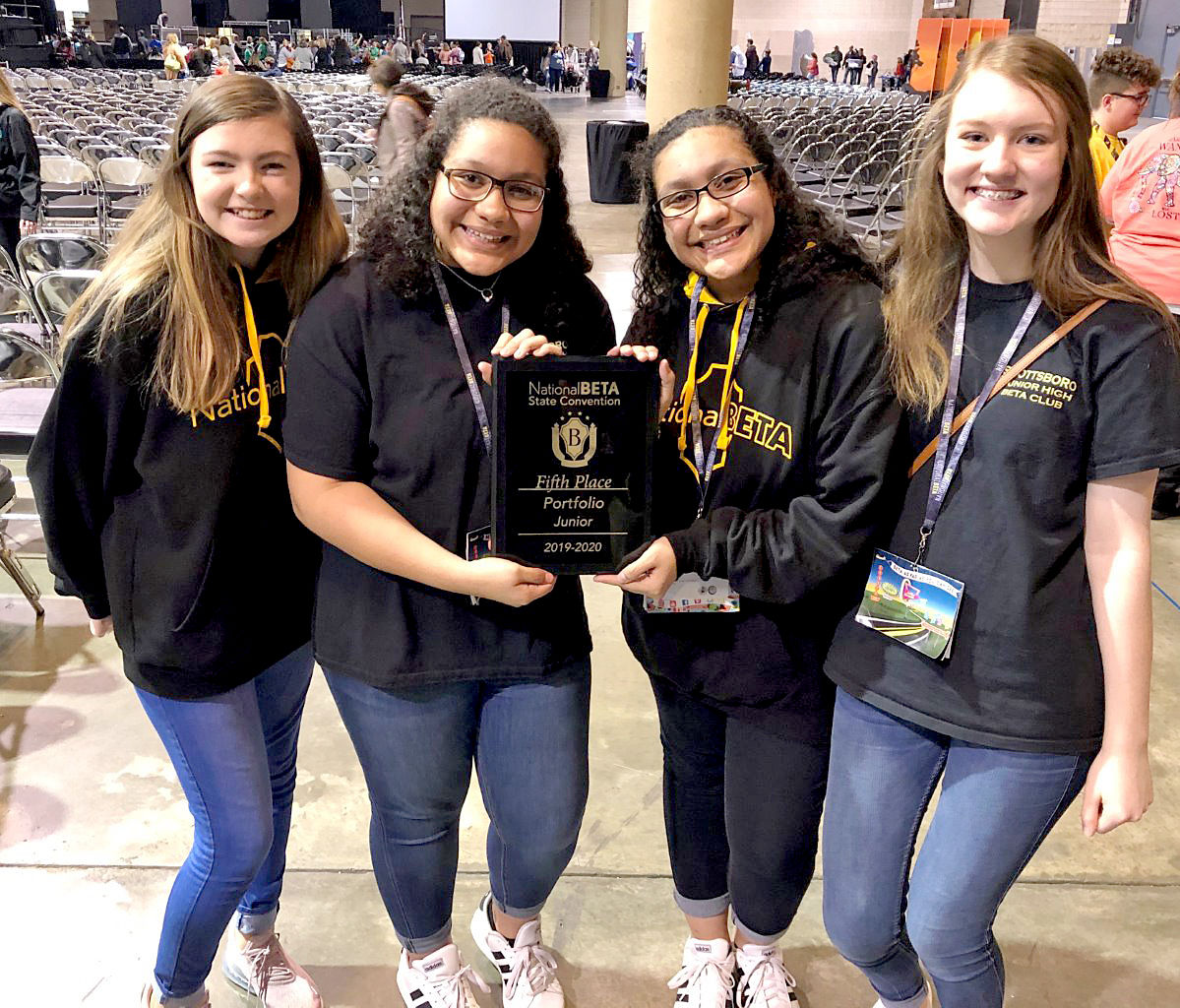 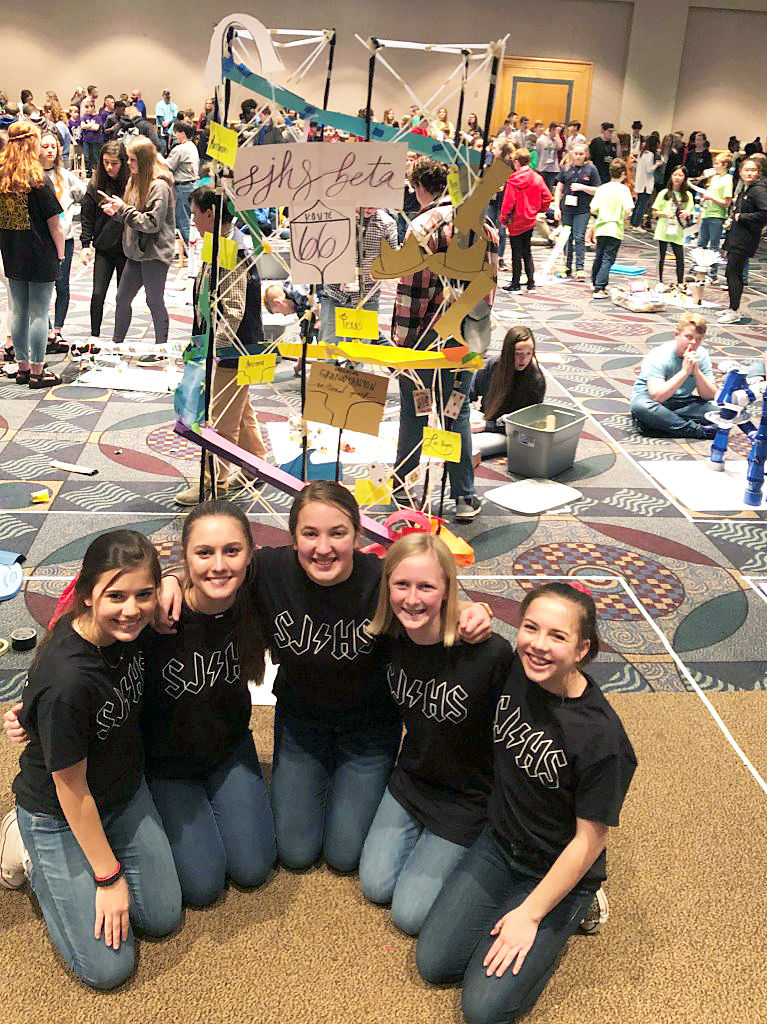 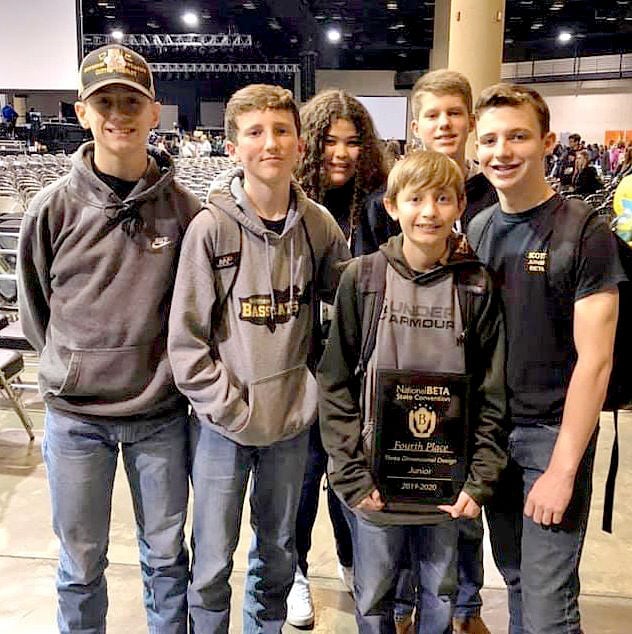 Over 4,000 fourth through eighth graders competed in the many categories which range from state officers to group and individual events.

“Junior Beta Club gives students an opportunity to shine in areas they may not have had anywhere else,” stated Shaley Lewis, who sponsors the club along with her husband, Kyle Lewis.

“You are all champions,” SJHS Principal Carrie Myers told the students.  She said that the students were well-behaved everywhere they went.

They were even recognized by an employee of the Gardendale Cracker Barrel for their behavior. Donna Mickle has worked at this restaurant for 17 years.

She said in a message, “They were the best kids I’ve waited on in my years here.  They were very patient with us as we got their food.  Their manners were impeccable.  It truly was a pleasure waiting on them.  Your Beta Club kids are representing you quite well.”

Lewis explained that the students who competed at the convention had been coming to school early since November.  They put in a lot of hard work and dedication to be prepared for the competition.

One of the big winners at the competition was Judd Black who was elected as Junior Beta Club state secretary.  He will seek the same office on the national level this summer.

These students will be traveling to Fort Worth, Texas, in June for the National Junior Beta Club convention. They will travel in a charter bus for this trip.  There will be a fund-raiser to help with the cost of the trip.

This will include names of those who donate a designated amount on a t-shirt.  If you or your business or any other group would like to help sponsor these students, please contact Shaley or Kyle Lewis at Scottsboro Junior High School.