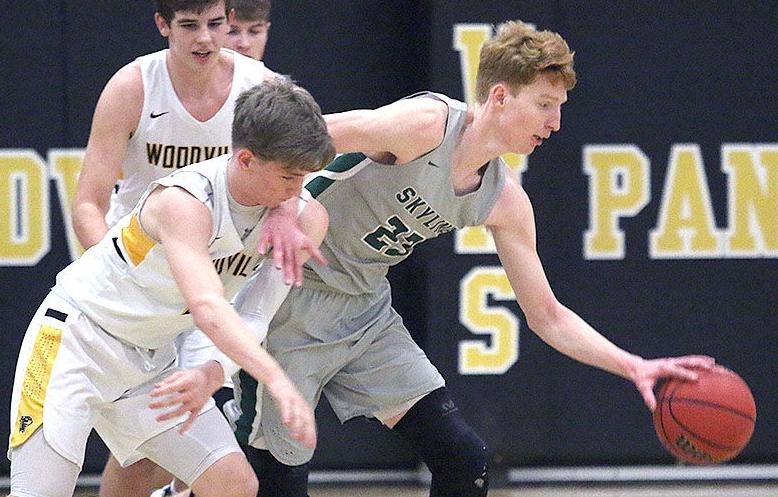 Woodville's Jackson Peek (left) tries to deflect the basketball away from Skyline's Collin Lockard during the teams' Class 1A Area 14 game. 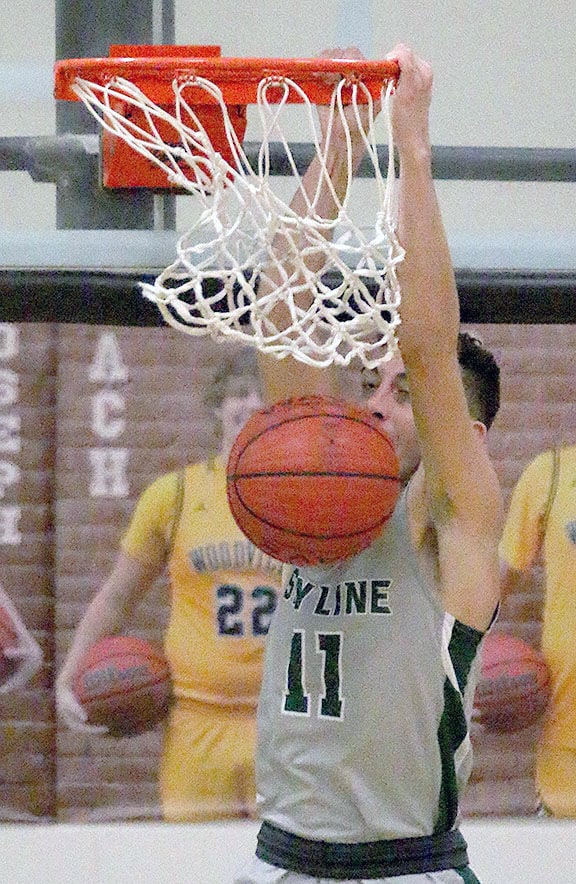 Kordell Talley dunks after getting a steal during Skyline's Class 1A Area 14 win over rival Woodville. 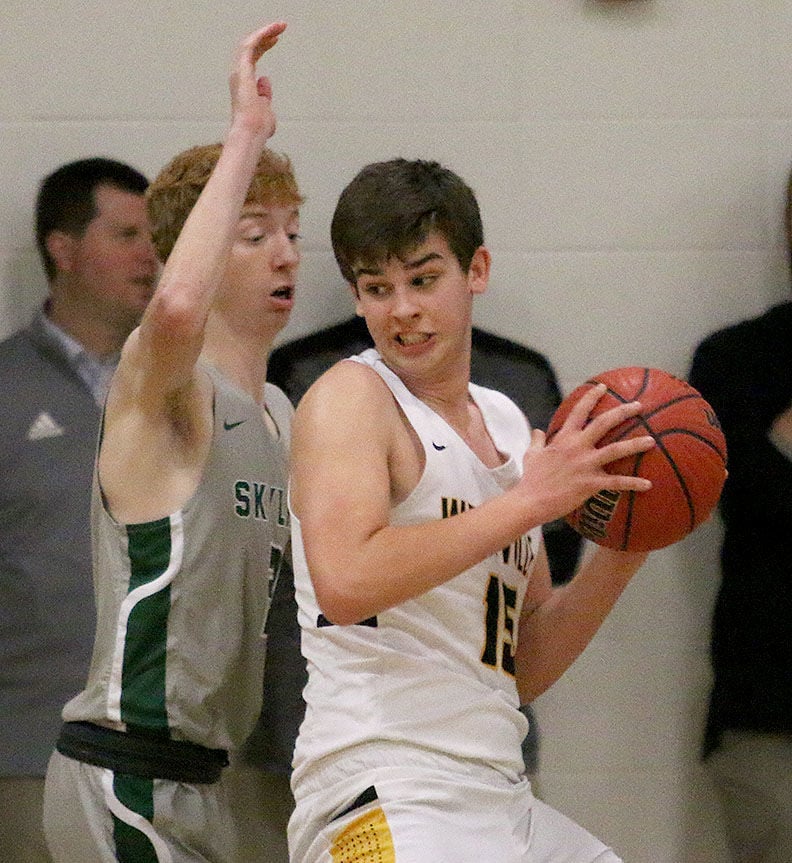 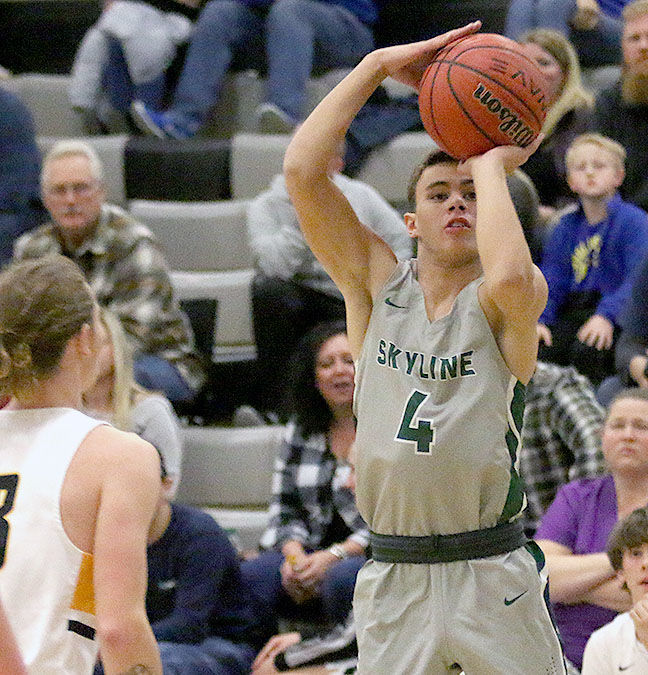 Woodville's Jackson Peek (left) tries to deflect the basketball away from Skyline's Collin Lockard during the teams' Class 1A Area 14 game.

Kordell Talley dunks after getting a steal during Skyline's Class 1A Area 14 win over rival Woodville.

Both teams’ entered their first matchup of the season with undefeated records in the Class 1A Area 14 play, with the winner taking a step forward toward winning the regular-season area crown and hosting next month’s area tournament.

In the end, No. 2-ranked Skyline was the team that took that step.

The No. 2-ranked Vikings closed the first quarter with a 13-0 scoring run and controlled the game the rest of the way for a 59-31 area victory at Woodville High School.

“There were big stakes involved,” said Skyline coach Ronnie McCarver. “They were undefeated in the area too. They came out ready to go. We’ve been playing pretty good basketball, and (Woodville’s) won 11 of 13 (games). Our guys stayed focused and played our kind of style of basketball. We took their best punch right at the beginning and then we got in a groove (and) did what we were supposed to do.”

Skyline (18-3, 5-0) can clinch the area title with either a Woodville loss to Valley Head or a win over Woodville on Jan. 17.

With the game tied at 5-all, Skyline scored the final 13 points of the first quarter on three of White’s five 3-pointers and buckets from Lockard and Clements. The Vikings pushed their lead to 34-13 late in the second quarter on Bickers’ two free throws, and Lockard’s three-point play with 8.7 seconds left in the half sent Skyline to intermission with a 41-14 lead. Kordell Talley then opened the second half with a steal and dunk for the Vikings, which led 52-21 after three quarters.

“You’ve got to make outside shots because you’re not going to score on them inside consistently because they’re so long,” said Woodville head coach Bubba Smith. “I thought we played a pretty decent floor game in the first half, we just couldn’t score, we didn’t make any shots. I think we battled, played hard. We just couldn’t score. If we beat Valley Head, it’ll give us a chance to go out (to Skyline) with a chance to tie for the area, so we’ve just got to keep playing like we have been. I like this team, like how we’re playing.”

Woodville 54, Brindlee Mountain 41 — At Woodville, the Panthers pulled away from the Class 3A Lions in the second half to earn the win during a day game on Wednesday.

Woodville led 16-11 after one quarter and 28-26 at halftime before extending its lead to 40-31 after three quarters.