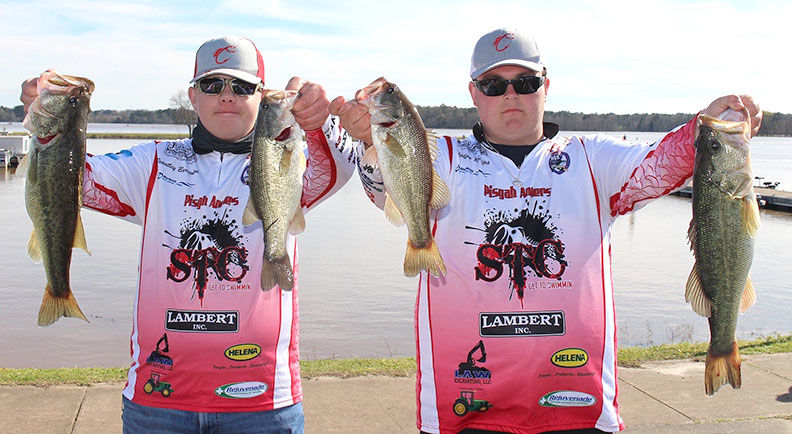 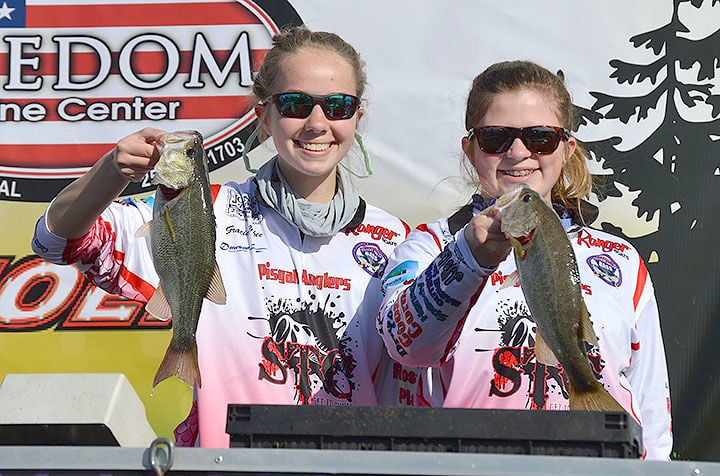 Pisgah's Gracie McKee and Madelyn Griffith teamed up for a 16th-place finish in the ASABFA's Lake Eufaula Tournament. 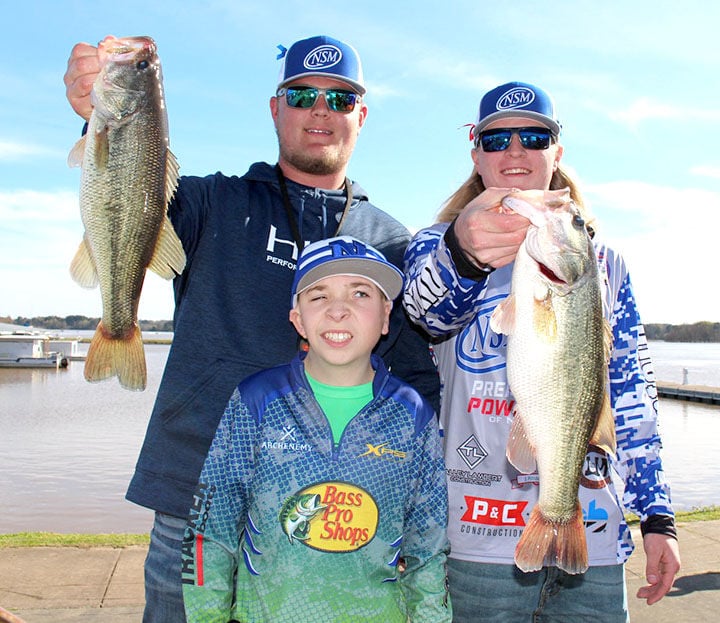 Pisgah's Gracie McKee and Madelyn Griffith teamed up for a 16th-place finish in the ASABFA's Lake Eufaula Tournament.

The sophomore anglers are the first tournament winners for the second-year Pisgah fishing program. They both received a 1,000 scholarship. Their boat captain was Dwight Barrentine.

“Our team was beyond excited to bring home a top (individual) finish and overall fourth place,” said Pisgah coach Emily Smith. “It had rained 10 inches the three day’s prior, so it was high water and mud. The water literally looked like chocolate milk. I cannot thank my boat captains enough for putting my kids on fish. The bite was slow and at times non-existent. Brantley and Dallon had only four bites the entire time and thankfully they were large enough fish to weigh in.”

Madelyn Griffith and Gracie McKee finished 16th for Pisgah after weighing in two fish at 4.37 pounds while Bode Smith and Grant Dalton were 47th with one fishing weighing 1.56. pounds.

Meanwhile, North Sand Mountain turned in a ninth-place finish despite having only two boats weigh in fish.

Brayden Ellison and Landon Green finished 11th with a two fish totaling 6.76 pounds while Logan Davis and Josey Williams was 27th with one fish weighing 2.78 pounds.

“Proud of the entire team for staying with it to the end. Several schools did not,” said NSM coach Jeremy Moore. “Water conditions were extremely muddy with 1-2 inch visibility in most places. Two days before the tourney, the water level jumped almost four feet from record flooding. It was basically luck of multiple casts and hitting (the fish) on the nose to get a bite. We had a third boat that broke off a big one that would have put us in the top-three.”