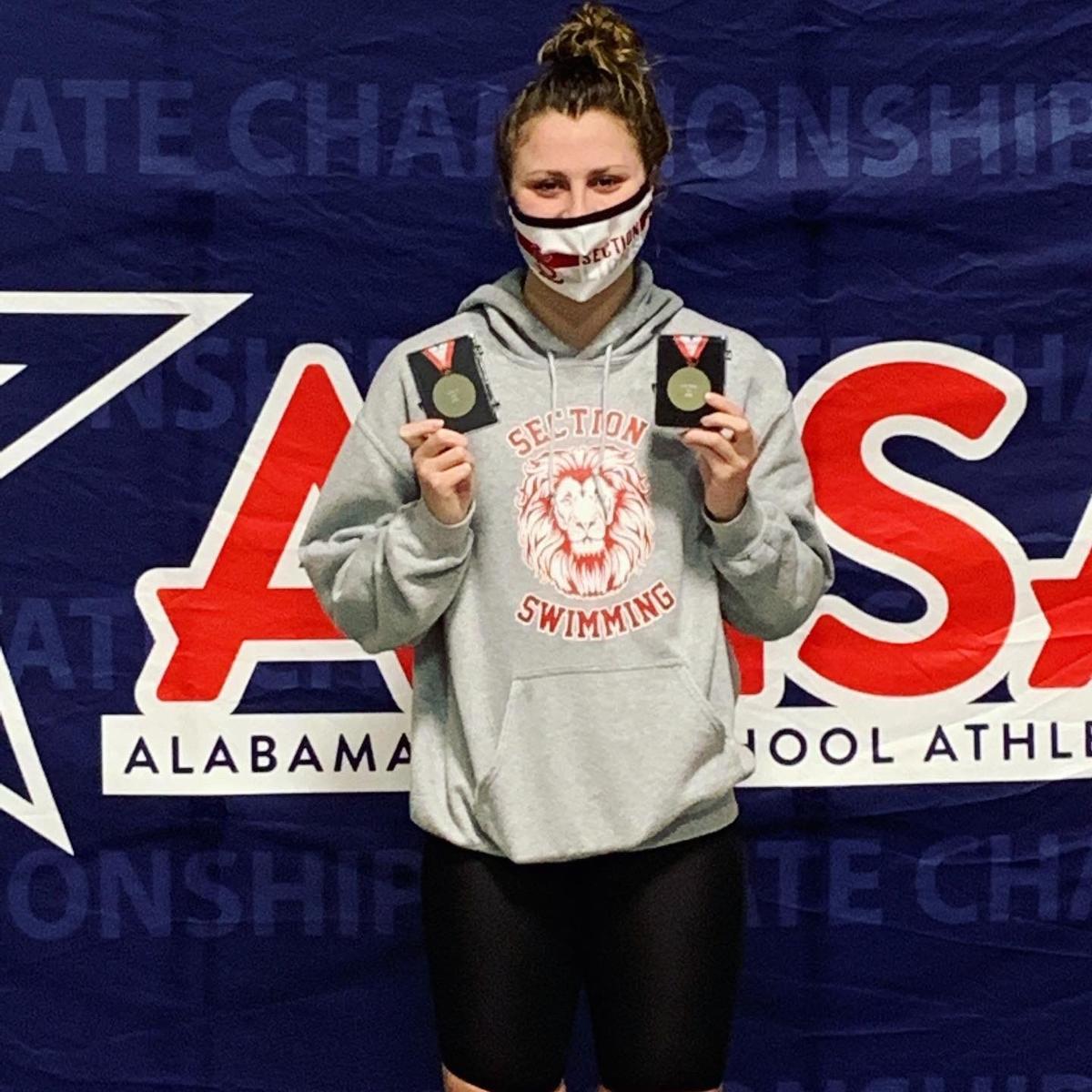 Maggie Ella Robbins reached the edge of the pool, pulled off her goggles and immediately began looking at the giant scoreboard.

A giant smile then came across her face.

The Section junior won the Class 1A-5A Girls 50-yard Freestyle state championship with a time of 23.59 seconds during Friday's AHSAA Swim and Dive Championships at the Huntsville Aquatics Center.

"I was still really excited about the 50 Free when I swam the second race," Robbins said. "It's a pretty good feeling (to be a state champion)."

Robbins has long been an accomplished swimmer on the club and AAU levels, but this was the first year she was able to compete in the AHSAA's high school season after Section High School started a swim program and declared for the sport prior to the 2020 season. Robbins has swam in numerous regional and national events but said she felt "a little more nervous" for the high school championships.

Her nervousness did not show in the pool, however. Seeded to win both events, Robbins posted personal-best times while winning both races.

"The 50 Free is such a fast race, you just go as fast as you can because it is so short, so it's hard to really drop a lot of time in it. That was the first time since I was 14 that I dropped time," Robbins said.

Robbins finished more than a second ahead of the runner-up, Marlee Moore of Bayside Academy.

"I knew she had a (seed) time that was close to mine so I was a little nervous," Robbins said. "We were neck and neck. I was happy to win and drop time."

Robbins said she was grateful for all the congratulations she has received since her state-title victories. She said she was proud to get to swim for her school and community.

"When they announced 'your state champion from Section High School...,'" Robbins said, "that was really cool."