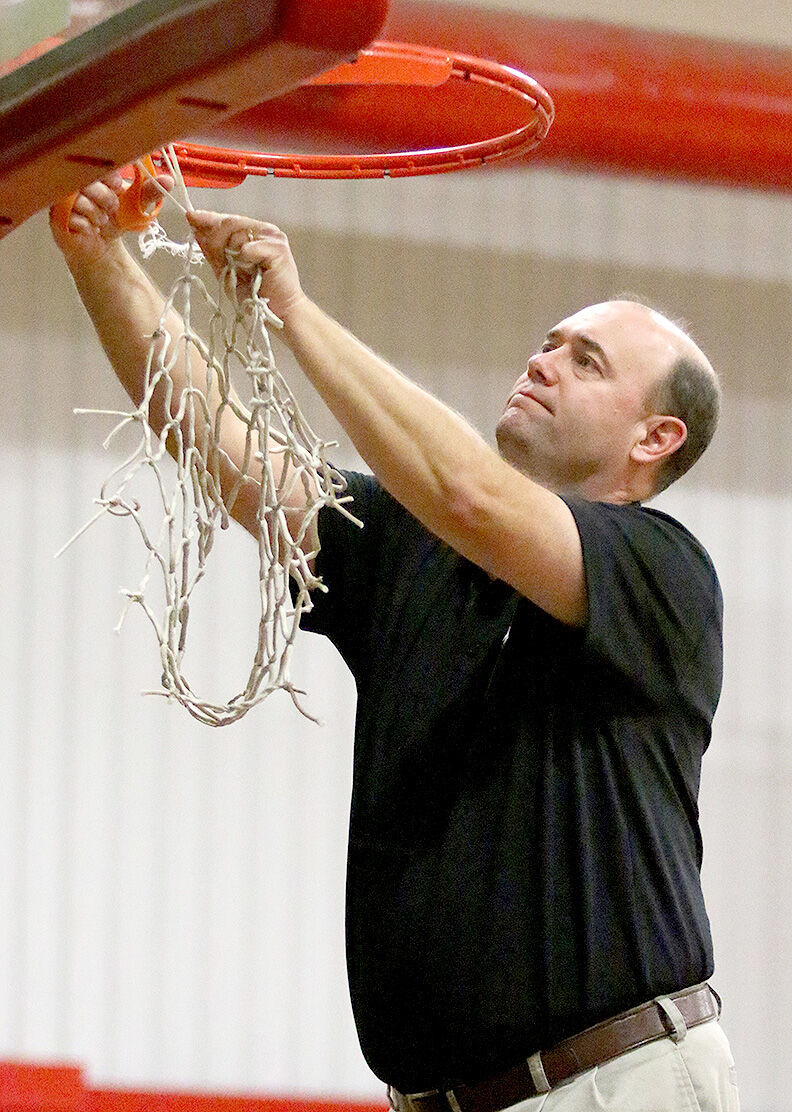 Macedonia coach Johnny Green cuts down the last of the net after Macedonia won the 2016 Jackson County Boys Basketball Tournament Championship. Green has retired after 29 seasons as the school's head girls and boys basketball coach. 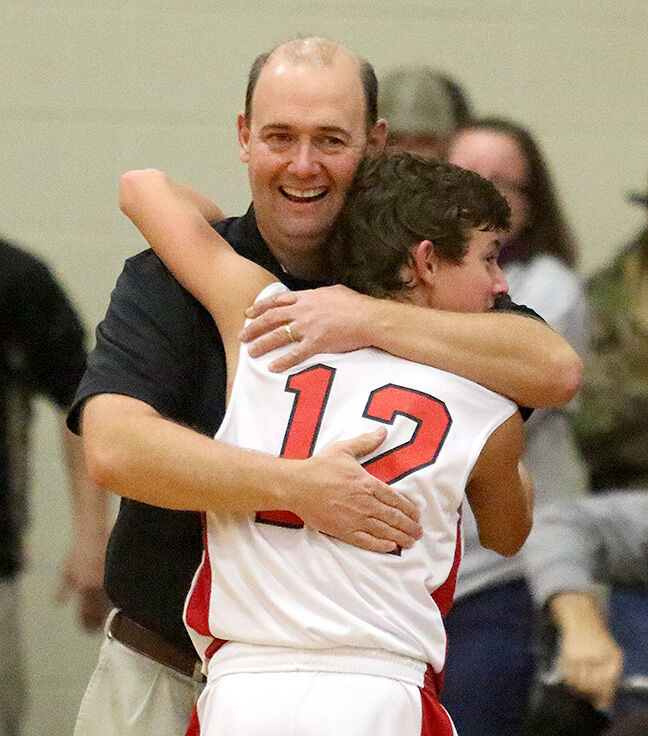 Macedonia coach Johnny Green cuts down the last of the net after Macedonia won the 2016 Jackson County Boys Basketball Tournament Championship. Green has retired after 29 seasons as the school's head girls and boys basketball coach.

Johnny Green was “a 23-year-old kid” when he landed the job he always wanted.

But now, the longtime Macedonia School history teacher and head basketball coach is retiring after 29 seasons.

Green grew up less than a quarter-mile from Macedonia School and played basketball there before graduation from Section High School in 1986. After a helping coach basketball at Plainview, Green was hired by Jim Jones, his former Macedonia basketball coach, to be a teacher and coach at the school he loved.

“That was the job I wanted,” Green said. “I had no idea I’d get it that early. I had some opportunities to go elsewhere. But (Macedonia) was where I wanted to be. Going home (to teach and coach) isn’t for everybody, but it really worked for me.”

“I always felt like we had a chance to win. I’ve had a lot of great players, some that everybody knows, but we had ones that people would think are mediocre and to see them step up and succeed, that was really what I probably remember as much as anything,” Green said. “I’ve enjoyed working with the kids. They’ve been a joy to be around.”

Green said he had been doing a yearly “check-up” prior to each school year to determine whether or not he would continue to teach and coach. This year’s answer was different, he said.

“Before I could make sure the kids were all in and I to make sure I was,” Green said. “I prayed about it and the Lord started moving me in that direction. Things just sort of fell into place (to retire).”

One of Green’s former Macedonia players, Jonathan Haynes, was hired Monday to take over the Macedonia program. Haynes, who was the Class 1A State Tournament MVP while helping Section win a state championship in 2003, said he’s honored to follow Green in leading the program.

“I’m excited. It was an opportunity I couldn’t pass up. I’ve got big shoes to fill,” Haynes said. “I’m going to use some of the stuff I learned from him, not just on the court, but in the classroom and just being a role model for the kids. He knows a lot about the game. The kids (that played for him) they always wanted to impress him, didn’t want to let him down. I know I enjoyed playing for him.”

Green is glad to see the Macedonia program in the hands of Haynes and assistant Andrew Dean.

“They’re both invested in the program and the school,” Green said. “I was excited when I found out. They’ll do a great job.”

“My dad taught me how to wood work when I was a kid, so I’m going to spend a lot more time in the shop.”

Green thanked all those who he said made his time at Macedonia special.

“I’ve enjoyed what I did for 30 years. That’s really a great blessing,” Green said. “I got to be a part of and hopefully be a good influence on a lot of kids’ lives. I have a lot of great memories. (My career) wound up being more than I hoped it could be.”