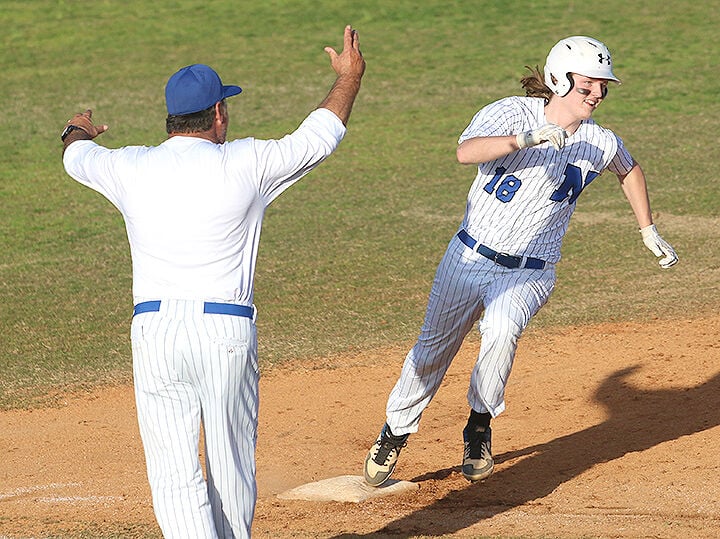 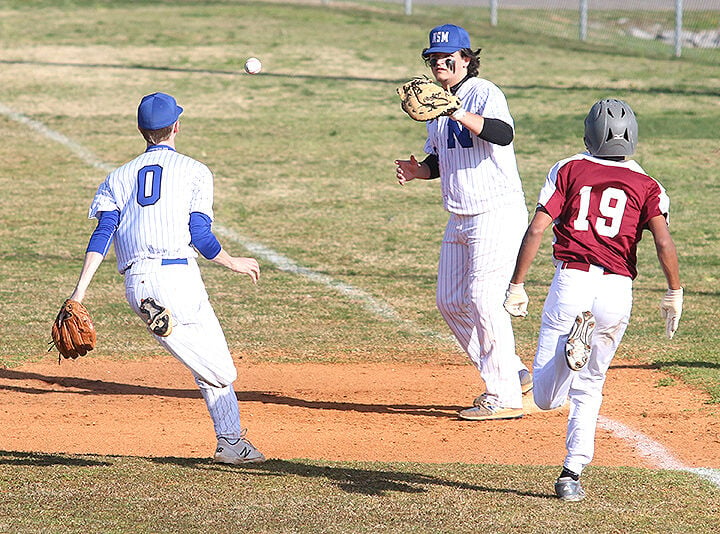 NSM pitcher Russ Marr (0) tosses the baseball to first baseman Harley Tucker after fielding a groun ball off the bat of Section's Braden Arndt (19) during NSM's Class 2A Area 15 championship clinching victory on Wednesday at SHS.

NSM pitcher Russ Marr (0) tosses the baseball to first baseman Harley Tucker after fielding a groun ball off the bat of Section's Braden Arndt (19) during NSM's Class 2A Area 15 championship clinching victory on Wednesday at SHS.

There will be playoff baseball played in Higdon this season for the first time in 31 years.

No. 8-ranked North Sand Mountain clinched the Class 2A Area 15 championship and the right to host a first-round playoff series thanks to completing an area series sweep of host Section with a 17-2 Game 2 victory on Wednesday.

“The thing about it is, it’s all about these boys,” said NSM head coach Ivan Richard. “They’re having fun, playing together. If something bad happens, they’ve been there, and they just pat each other on the back and keep going. Got eight seniors that have (a lot of experience) and show great senior leadership. We’ve having fun.”

NSM (8-1, 4-0) will host the Class 2A Area 1_ runner-up in a best-of-three first-round playoff series next month. The Bison still have an area series with Pisgah (0-4 in area play) remaining, but the area title is already sewn up.

“I think we’d had a chance to do this last year if it hadn’t been shut down (because of COVID-19),” Richard said. “Our boys have worked. My assistant (Richard Marr) has done a great job with the pitchers and all the boys and keeps me straight. I’m just having fun. Can’t stress enough how the community and people who have been helping us, our sponsors, are appreciated. I thank everybody who’s supported us.”

After defeating Section 5-1 on the strength of senior Drake Holland’s no-hitter on Monday, NSM again flirted with a no-hitter as senior Russ Marr, who finished with 10 strikeouts while allowing two runs on five hits — held Section hitless through four innings.

That’s when NSM’s bats came to life, as the Bison scored 14 runs over the final three innings and finished with 15 hits total.

Section (2-10, 2-2) scored both of its runs in the sixth inning. McCutchen doubled and later scored when Braden Arndt reached on a NSM error, and Arndt then scored on Logan Patterson’s RBI single. Dillan Pope, Cole Woods and Jacob Cooper also had hits for the Lions. Woods had six strikeouts in four-plus innings pitched for Section.