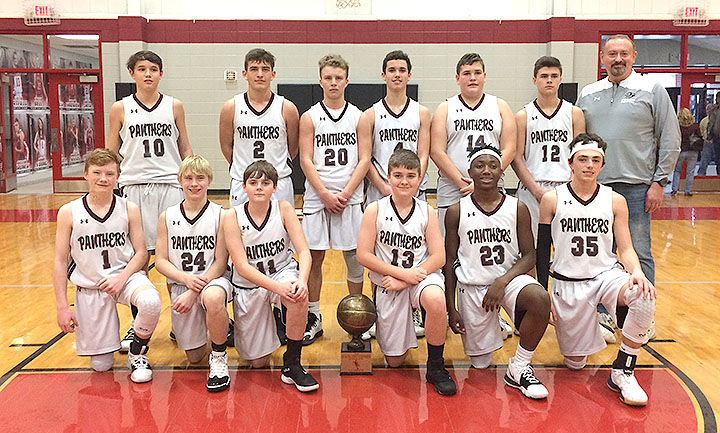 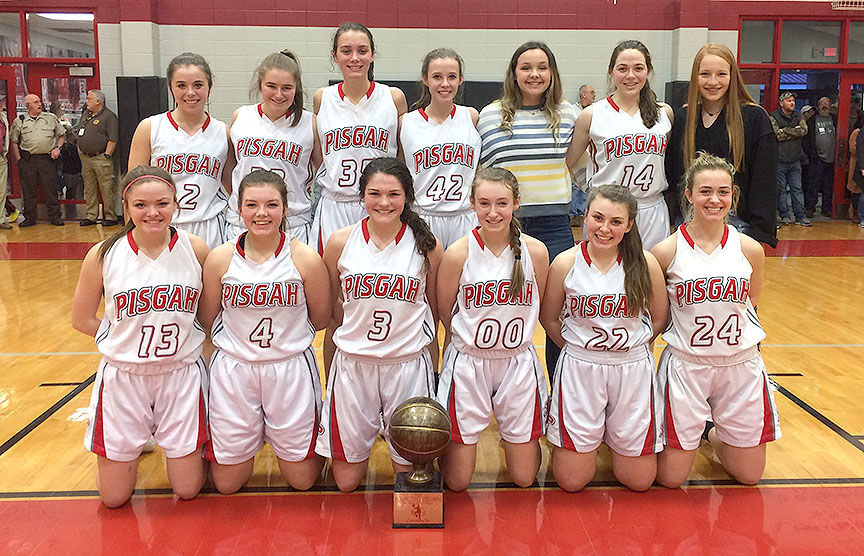 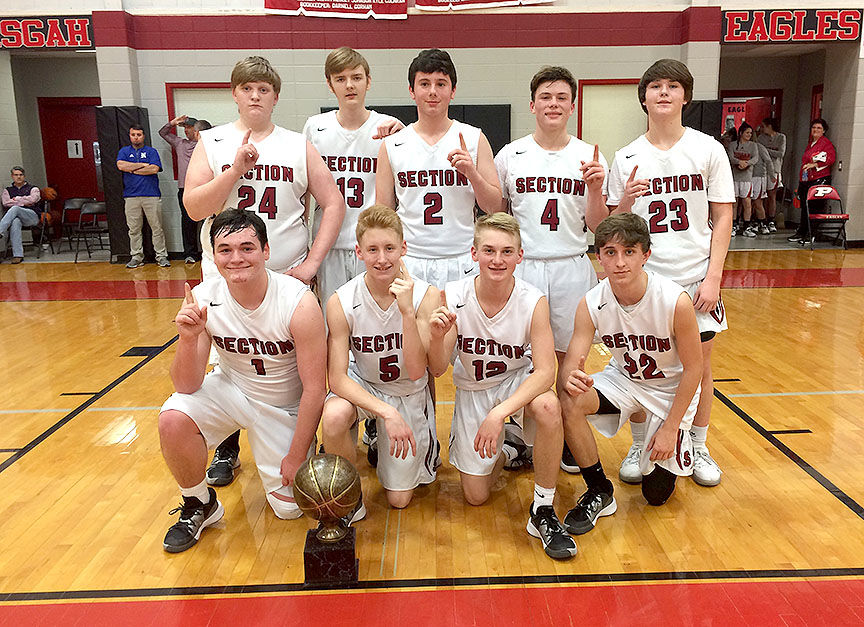 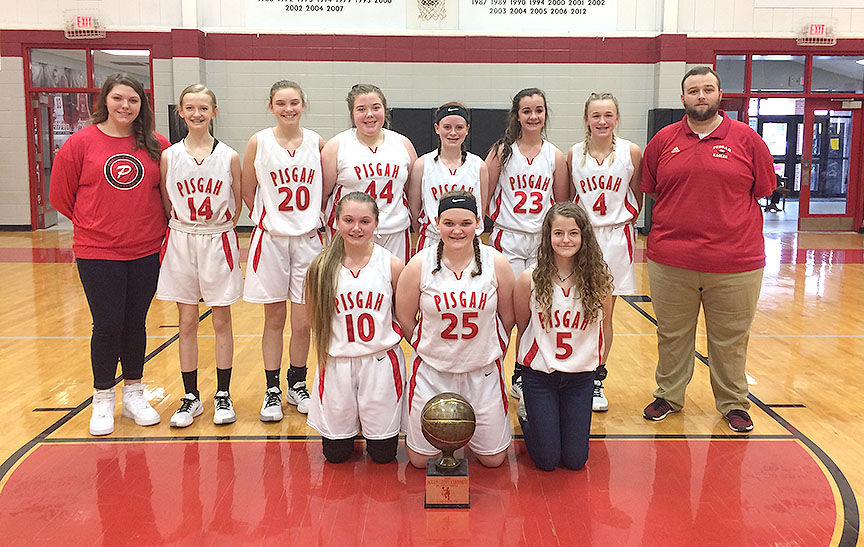 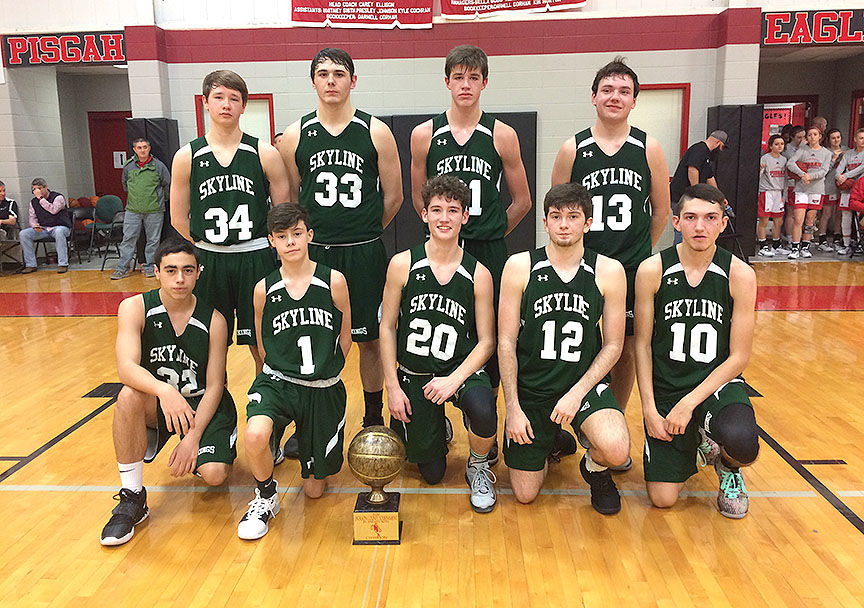 Champions were crowned in the junior varsity girls and boys, freshmen boys and junior high girls and boys divisions at the Jackson County Basketball Tournament at Pisgah High School on Saturday.

Skyline 50, Section 38 — The second-seeded Vikings rallied from an early deficit to down top-seeded Section for the county championship.

Skyline trailed 12-10 after one quarter before moving in front 23-16 at halftime and 33-26 after three quarters.

Weston Avans scored 15 points and Curtis Knopps added 14 for the Vikings while Logan Evans and Dylan Knight had six each and Camden Gilliam, Hank Utter and Chase Bickers had three each.

Scoring leaders for Section were Braden Arndt with 12 points, Kade Harper with eight, Jonathan Carroll and Antoine Jonathan with six each, Cole Woods with four and Blake Henry with two.

Section 58, North Jackson 37 — The top-seeded Lions built a double-figure lead after one quarter on the way to the title.

Pisgah 45, NSM 22 — The top-seeded Eagles outscored third-seeded North Sand Mountain 12-1 in the second quarter to take control on the way to winning the county championship.

Pisgah led 6-5 after one quarter before stretching its lead to 18-6 at halftime and 32-12 after three quarters.

Madeline Flammia scored 17 points and Eden Henagar had 15 for the Eagles, who also got six from MaKayla Petrey, five from Lannah Grace Beard and two from Emma Whisenant.

Josee Nail scored nine points and Caybree Dobbins added six for NSM while Lily McBryar had three, Kamryn Patterson had two and Dacey Nail and Avery Morrison had one each.

Stevenson 47, Section 35 — The top-seeded Panthers took control with a fast start and then held off third-seeded Section in the second half to win the title.

Stevenson built a 13-2 lead after one quarter before leading 27-18 at halftime and 37-24 after three quarters.