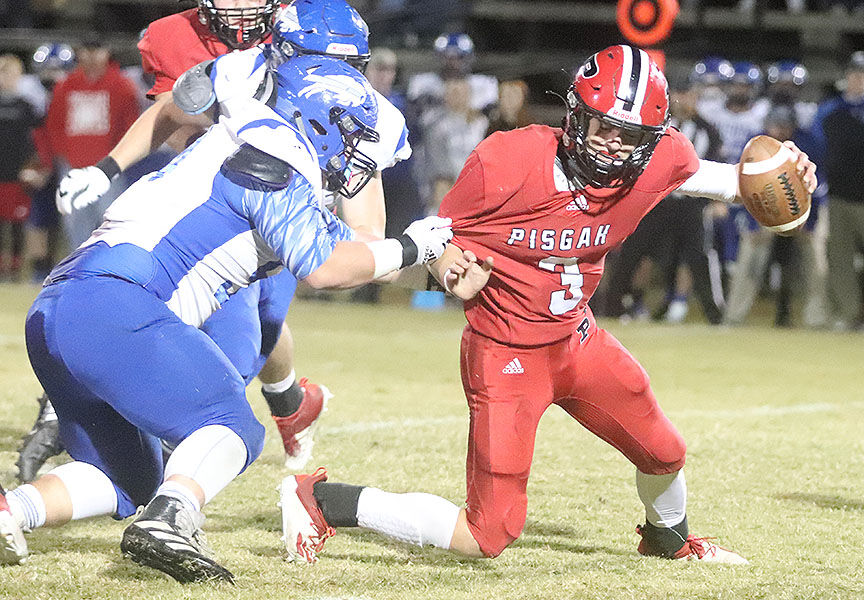 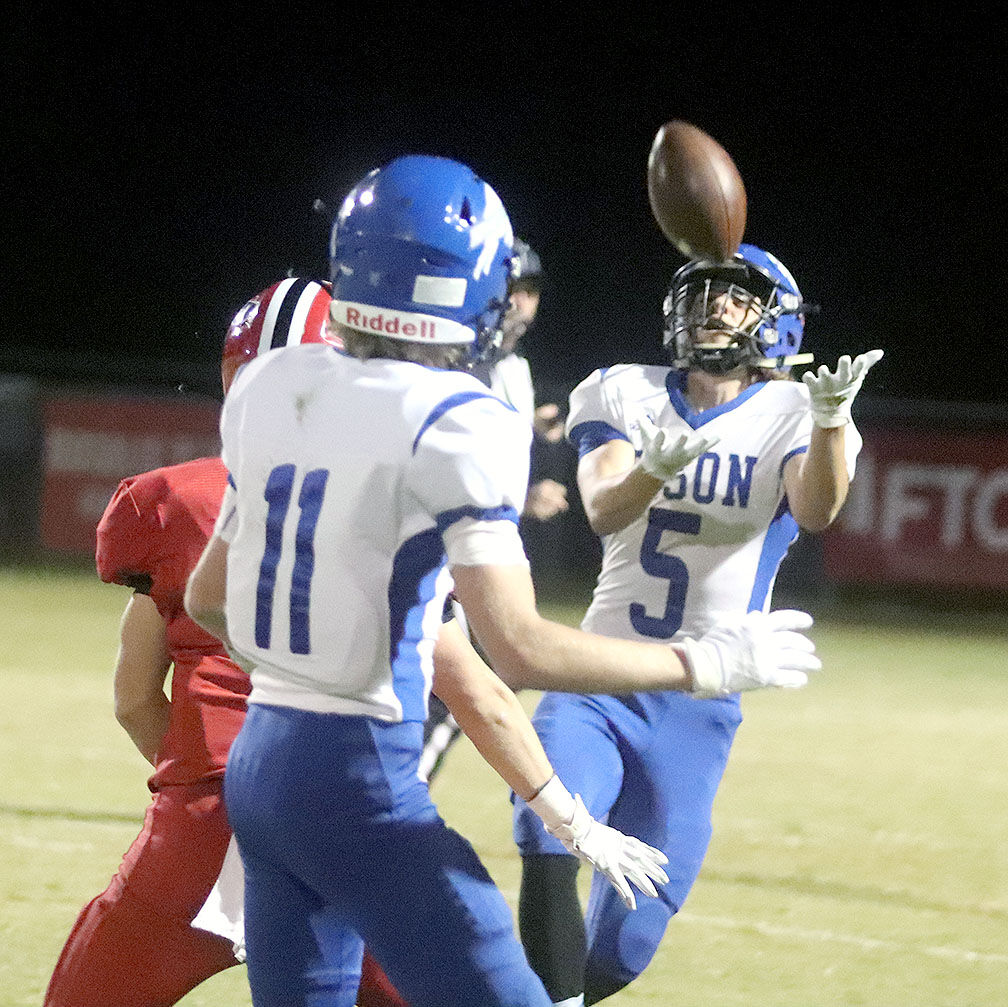 Derek Bearden makes a falling catch for a  big gain to set up North Sand Mountain's first score during its 40-7 Class 2A Region 7 victory over rival Pisgah Friday night. 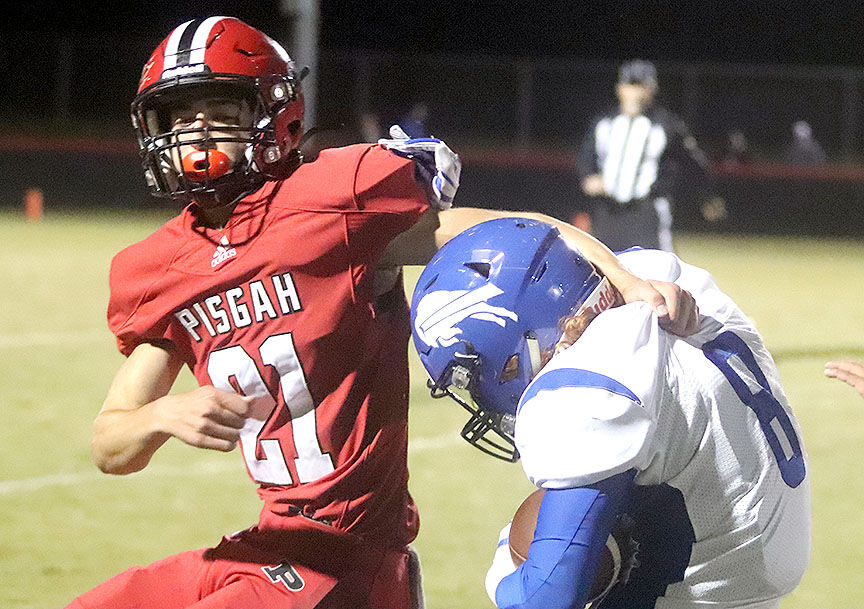 North Sand Mountain's Msson Smith (right) tries to break out of the grasp of Pisgah's Grant Smith during a long run in NSM's 40-7 victory over the Eagles Friday night.

Derek Bearden makes a falling catch for a  big gain to set up North Sand Mountain's first score during its 40-7 Class 2A Region 7 victory over rival Pisgah Friday night.

North Sand Mountain's Msson Smith (right) tries to break out of the grasp of Pisgah's Grant Smith during a long run in NSM's 40-7 victory over the Eagles Friday night.

On a cool Friday night, Pisgah honored arguably its best football team in school history, the 2000 team that finished 13-2 and Class 2A state runner-up.

And then Class 2A, seventh-ranked North Sand Mountain (NSM) took over.

In the 50th meeting between the Bison and Eagles, NSM set some firsts on its way to a convincing 40-7 win.

The win gave NSM its first 6-0 start in school history. It also gave the Bison a four-game winning streak over Pisgah for the first time ever.

“Hat’s off to our seniors,” said NSM head coach Keith Kirby. “They’ve won this game four years in a row. I’m just happy to be a part.”

The Bison, 4-0 in Class 2A Region 7, overcame a fumble on the second play of the game, and then never looked back, rolling to a 40-0 halftime lead.

The NSM defense held Pisgah (1-5, 1-2) to 32 first half yards, including only three yards rushing.

“They just whipped us,” said Pisgah head coach Luke Pruitt. “We’ve just got to go work and get better and try to finish strong.”

NSM, on a collision course with Falkville for the Class Region 7 championship in a few weeks, scored at will following the fumble early.

The first score came on a three-yard touchdown run by Fernando Luna, his first of three on the night. Lake Bell added the PAT to make it 7-0 with 7:47 left in the first quarter.

NSM scored twice more in the first quarter. Mason Smith raced 53 yards for a touchdown, leaving it 13-0 after a missed PAT.

One play later, Logan Davis recovered a Pisgah fumble. On the next play, Blake Hill scored on a 33-yard touchdown run. A missed two-point conversion left it 19-0 after one quarter.

NSM scored on all three of its second quarter possessions to put the game away. Luna scored twice, the first on a five-yard touchdown run and the second on a 15-yard scoring run making it 34-0 with 2:33 left in the half.

Following Luna’s last score, NSM recovered the ensuing kick, setting up the final score. Quarterback Lake Bell connected with Derek Bearden for a 15-yard completion, and then Josue Luna scored on a 14-yard run to make it 40-0 at halftime.

After moving to the NSM 23, Holcomb connected with sophomore Levi Arnold on a nine-yard gain on fourth down, and then they connected again on a 14-yard touchdown. John Burke kicked the PAT, making it 40-7.

Fernando Luna finished with 57 yards and three touchdowns on 12 carries to lead NSM.

Bell completed 4-of-5 passes for 80 yards, and also rushed for 57 yards on five carries. Smith carried twice for 103 yards and a touchdown.

For Pisgah, freshman Fox Tinker had 37 yards on 17 carries. Holcomb completed 10-of-18 passes for 91 yards and a score.

Pisgah finished with 141 total yards, including 50 yards rushing, on 50 plays.