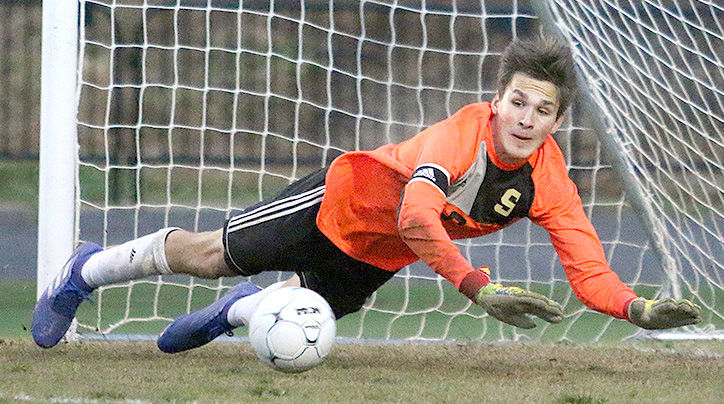 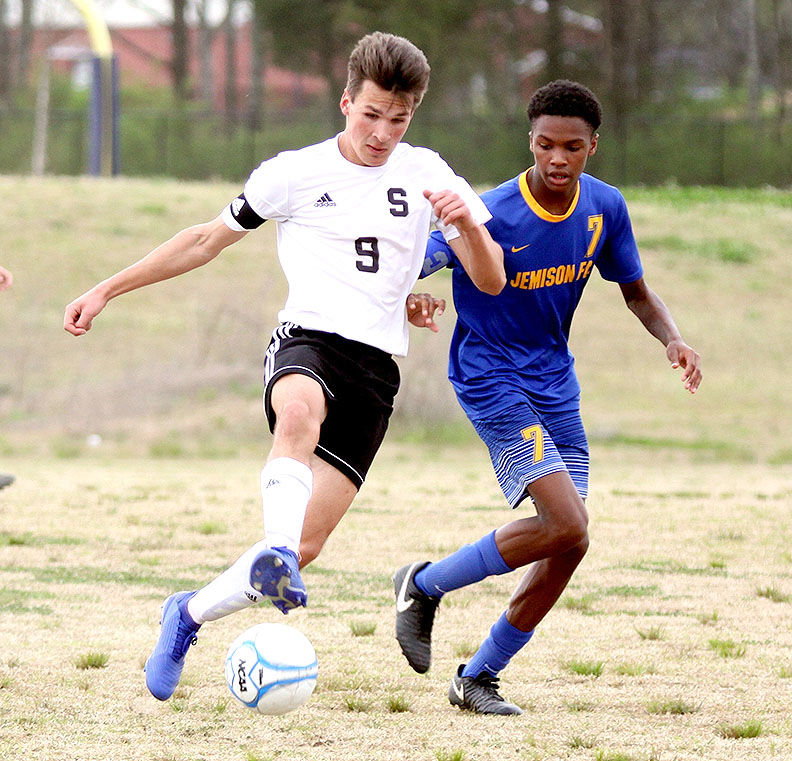 Hal Leighton hoped for years that he would get to wear a Scottsboro soccer uniform.

When the school finally started the program in 2018, Leighton called it a dream come true.

Three years later, Leighton is about to live out another of his soccer dreams as he will continue his playing career at the collegiate level at the University of West Alabama.

“It’s truly amazing,” Leighton said. “I wasn’t really sure about West Alabama at first. I went for a visit and a camp last summer, and I just fell in love.”

Leighton was sitting in English class this spring when he received the phone call from West Alabama soccer coaches with an offer to join their program.

“I’d been waiting on (an offer) them,” Leighton said. “I’d been following them on Instagram and seeing them announce when guys signed, and I thought maybe they weren’t going to (offer). But they did. I was really excited.”

West Alabama, located in Livingston, is an NCAA Division II school that competes in the Gulf South Conference. The Tigers finished 4-8-4 last season.

Leighton will primarily play goal keeper for the Tigers, but his versatility could led to some time in the field as well.Although he was primarily Scottsboro’s goal keeper, he did see time at other positions during his high school career.

Leighton had seven shutouts and a school record of 130 saves during his junior year and was on pace for 200 saves and 10 shutouts this year when season ended early because of the COVID-19 (coronavirus) pandemic, said Scottsboro coach Patrick Laney.

Leighton also had 13 goals and eight assists over three varsity seasons. He was recently named to the Class 5A All-Area 12 Team and received all-tournament honors at the 2019 River City Shootout and the 2020 Lincoln Golden Goal Tournament.

“Hal Leighton is the most important player to the early success of Scottsboro Soccer,” Laney said. “His talents as a keeper and ability to run in the field erased a lot of mistakes — including my own. His gifts and work ethic permitted all of us, coaches and players, the flexibility to learn from making aggressive mistakes. That is easier when you have the confidence that the guy behind you can make a great play when you mess up. From a coaching perspective it meant being able to let people play and learn without being afraid.”

Leighton was a multi-sports participant during his prep career. He was part of three state cross country championships while running for Scottsboro from 2014-18. Leighton also ran track and field for Scottsboro during the 2016-18 seasons, and he was the Scottsboro football team’s placekicker in 2018, making all six of his field-goal attempts and connecting on 14 of 17 extra-point attempts. He decided to focus solely on soccer during his senior season.

Leighton plans to major in physical education and wants to coach sports after his playing career ends.

“I want to go into coaching because of the three coaches I had,” Leighton said, referring to Laney, cross country/track and field coach Luke Robinson and football coach Don Jacobs. “All three of them inspired me and wanted the best for me.”

Leighton called it an honor to be one of the Scottsboro soccer program’s founding members. His favorite memory was Scottsboro’s 1-0 win in 2019 over Class 4A-5A Area 12 foe Boaz that gave the program a berth in the playoffs during its first year of postseason eligibility.

“I was honored to wear that Scottsboro uniform,” he said. “I can’t wait to see where (the program) goes in the future.”

Soccer is a fall sport at the collegiate level, meaning Leighton won’t have to wait as long before getting back on the pitch.

“I’m ready to get started back,” he said. “It’s definitely going to be more intense (at the collegiate level). I expect to work my way up.”

Laney said Leighton will be a great representative for Scottsboro soccer at the collegiate level.

“I expect him to make all of Wildcat Nation proud and open up doors for our next generation of players,” Laney said.