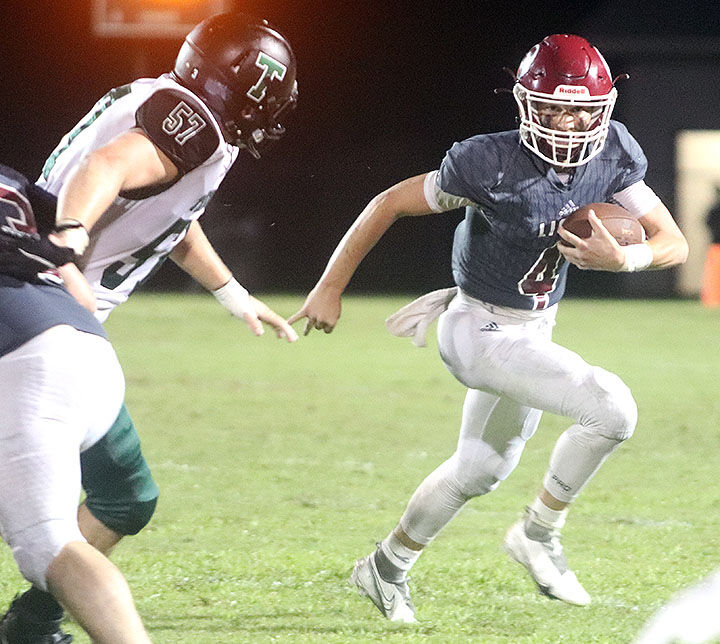 Jace Holcomb (4) looks to cut up field for yardage during Section's 34-21 Class 2A Region 7 win over Tanner. 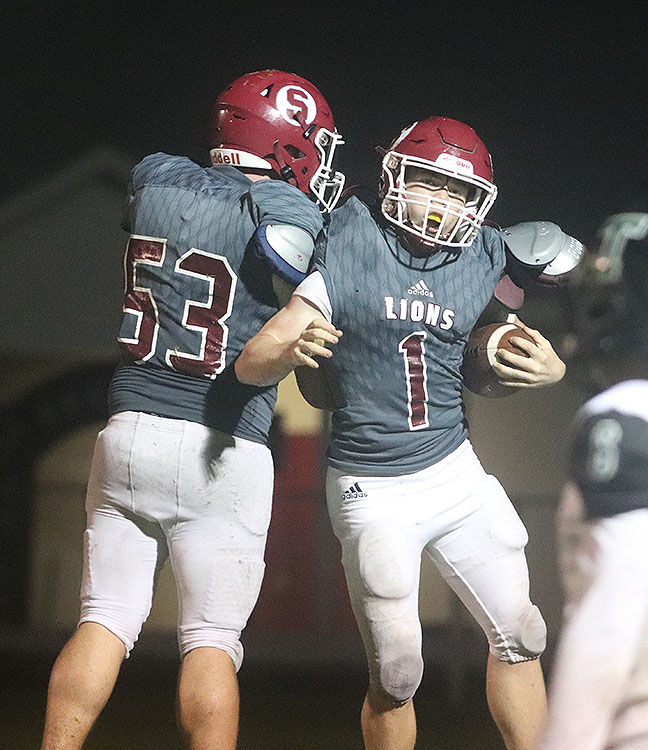 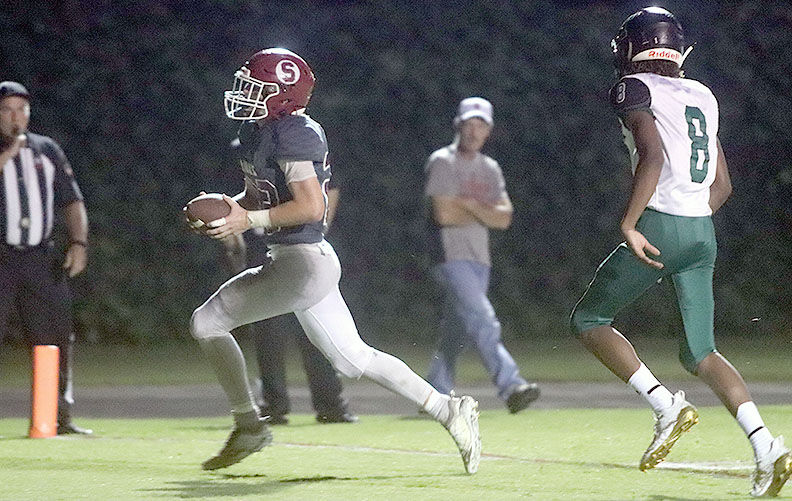 Drake McCutchen scampers into the end zone for a fourth-quarter touchdown during Section's 34-21 Class 2A Region 7 win over Tanner.

Jace Holcomb (4) looks to cut up field for yardage during Section's 34-21 Class 2A Region 7 win over Tanner.

Drake McCutchen scampers into the end zone for a fourth-quarter touchdown during Section's 34-21 Class 2A Region 7 win over Tanner.

The Section football team entered the season with a goal of snapping the program’s 13-year playoff drought.

The Lions took a step toward that goal Friday night.

Jace Holcomb’s 30-yard touchdown run on the final play off the first half broke a 14-all tie, giving Section the momentum it need to pull away from visiting Tanner in the second half and win its Class 2A Region 7 opener at Section Stadium.

Section (2-1, 1-0) had four different players rush for a touchdown while also posting a defensive score.

Section grabbed a 6-0 lead on Summerfield’s 1-yard touchdown run with 8:42 left in the first quarter, but the Rattlers answered less than a minute later to take a 7-6 lead on Evan Fuqua’s 54-yard touchdown run.

The Lions went back in front 14-7 on McCutchen’s interception return for a touchdown early in the second quarter, but Tanner tied the game on Fuqua’s 44-yard score with 4:42 remaining until halftime.

On the last play of the first half, Section’s Holcomb looked to pass but was pressured from the pocket, found some running room and scored from 30 yards out. Alex Guinn’s PAT gave Section a 21-14 halftime lead after Holcomb’s momentum-changing play.

“That play at the end of the half turned out to be huge. It would’ve been a tie game (without it) and we got momentum going, got up a score,” Hammon said. “Got to give Jace credit. He’s a winner. We had a pass route that wasn’t there. He tucked it and found the end zone. Found a way to get there.”

Walker’s 20-yard touchdown run gave Section a 28-14 lead midway through the third quarter, and the Lions tacked on another score in the fourth quarter on McCutchen’s 9-yard touchdown run that came one play after Clayton Murphee blocked a Tanner punt.

The win was Section’s fourth in its last six games dating back to last season.

“I think the guys just want to win. Again, we didn’t do everything right, but they gave effort and didn’t quit. They’ve got a desire and hunger. Starting to see it. They’re getting excited about playing football. We’ve just got to continue it,” said Hammon, whose team visits region and county rival North Sand Mountain (2-0, 1-0) next Friday. “Next week is a huge ball game for us. Every week gets bigger.”