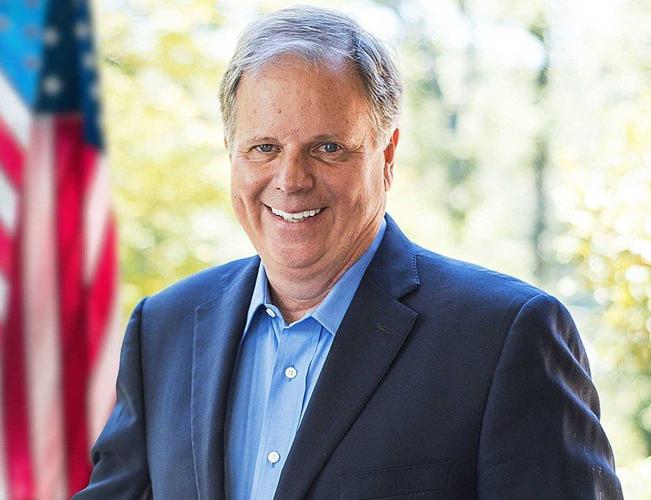 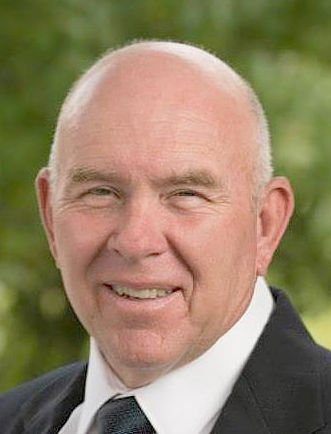 Jackson County Sentinel Production Manager Junior Lewis sets down rolls of newsprint ahead of the evening press run on Monday, April 2, 2018. Last year, the Sentinel required approximately 450 tons to produce Jackson County’s newspaper and the eight other community newspapers that print in Scottsboro.

Today, Congressman Mo Brooks (R-Huntsville) called on Secretary Wilbur Ross of the United States Department of Commerce asking that the International Trade Commission (ITC) consider the impact tariffs on imported groundwood from Canada is having and will continue to have on rural community newspapers.

The tariffs were imposed in a response to a complaint to the U.S. Department of Commerce made by a hedge fund-owned paper manufacturer, North Pacific Paper Company (NORPAC), in Washington, that claimed that Canadian government subsidies allowed their producers to sell newsprint at unfairly low prices.

A hearing before the ITC is scheduled for Tuesday, July 17. The ITC will consider comments submitted in writing, testimony and NORPAC’s decision before making a final determination regarding the tariffs.

“Local newspapers in the United States are institutions that bind communities together,” said Brooks. “These small businesses operate in an already challenging environment as they work to embrace our digital world. However, the majority of these local business’ revenues continue to be derived from print – especially in rural areas like my home district of Northeast Alabama.”

Brooks’ letter goes on to describe the very real impact of this tariffs on this newspaper.

“For example, in Scottsboro, Alabama,” the letter reads, “the Jackson County Sentinel is a print house that produces nine small newspapers in the region, thereby serving numerous Tennessee Valley communities. Even though they purchase their newsprint from a domestic mill in Grenada, Mississippi, their costs have rise[n] significantly since the implementation of temporary duties on Canadian paper products.”

The Congressman elaborates that several domestic groups and other producers in the United States oppose these tariffs.

“This is why a cross section of domestic newsprint manufacturers and consumers, as well as the American Forest and Paper Association, National Newspaper Association, and News Media Alliance, oppose the additional penalties that are currently being imposed.”

“Local newspapers are an essential component of the communities they serve, both as the primary distributor of regional news and advertisements for small business,” said Jones. “For an industry that is already struggling, a 22 percent import increase groundwood paper from Canada has the potential to close down small-town papers before they force our small-town Alabama media outlets to cut jobs, local media coverage or both.”

Canadian newsprint producers began paying six percent more to export their products to the United States in January after the Commerce Department investigation concluded that would help offset the foreign paper mills’ advantage over American companies, according to a release from Jones.

In March, the tariff was increased by another 22 percent.

“Domestic newsprint production cannot meet the demands of American publishers,” said Jones in his letter. “Small publishers, like weekly papers that serve rural areas, are particularly vulnerable to changes in newsprint price or supply. These papers can’t afford to pay higher prices for newsprint and many will be forced to close their doors and lay off employees if the current temporary tariffs and countervailing duties continue to be imposed.

These papers are an important part of the communities they serve. They report on local events that are not always covered in larger papers, are an affordable way for local businesses to advertise to customers, and in general create a sense of community for their readers,” said Jones.

At the local level, Rep. Tommy Hanes (R- AL 23) sent letters on May 2 to Jackson County’s representatives in Washington, D.C., as well as President Donald Trump, urging them to express the concerns of the community newspaper industry to the ITC as they consider the petition brought by NORPAC.

“As it has been explained to me,” said Hanes, “people and paper are their largest operational costs, and the tariffs, if made permanent, will indeed lead to job losses.

“I respectfully request and strongly urge you to express your concerns and comments to the ITC on the impact this tariff will have on my, your constituents and our fellow Alabamian newspaper publishers.  If this is affecting my community newspaper it is affecting newspapers all over Alabama and beyond.”

Senator Jones has requested an opportunity to testify at the hearing on July 17.

Local newspapers in the United States are institutions that bind communities together. These small businesses operate in an already challenging environment as they work to embrace our digital world. However, the majority of these local business’ revenues continue to be derived from print – especially in rural areas like my home district of Northeast Alabama.

U.S. Senator Doug Jones sent a letter to the Department of Commerce Secretary Wilbur Ross on Wednesday, April 25 urging him to review recently imposed newsprint tariffs, and consider how they will hurt local and community newspapers in the United States.