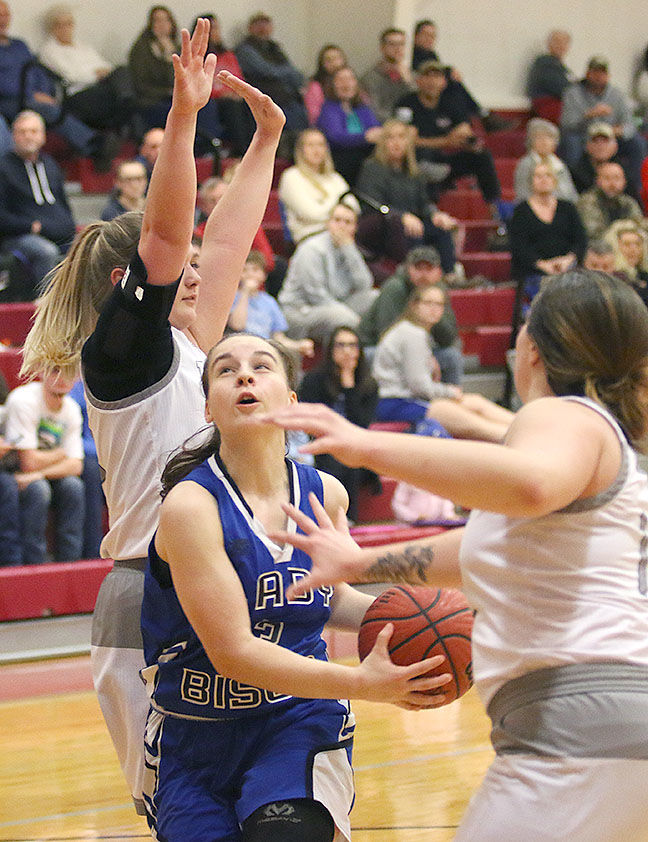 NSM's Vicky Hassell (center) slips between Section defenders Dailey Hanenburg (left) and Haley Smart before being fouled on a layup attempt during NSM's 52-40 win in the Jackson County Tournament Monday night at Pisgah. 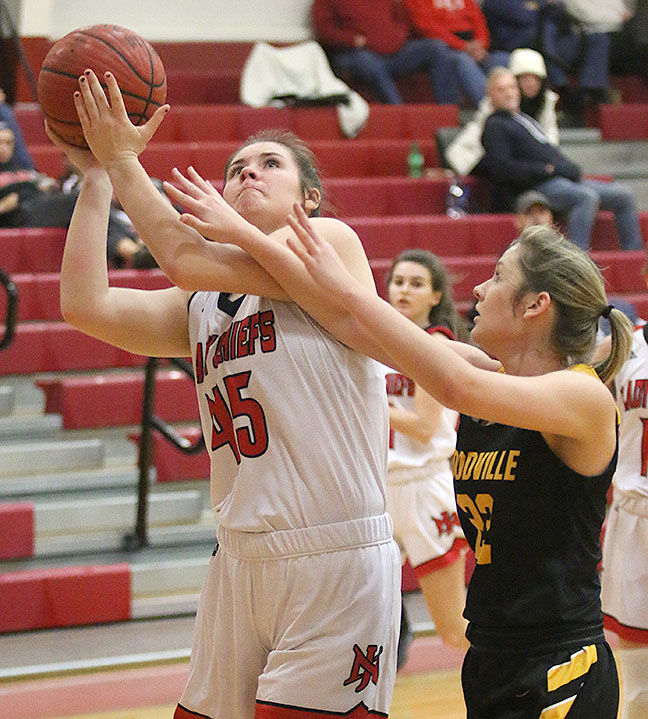 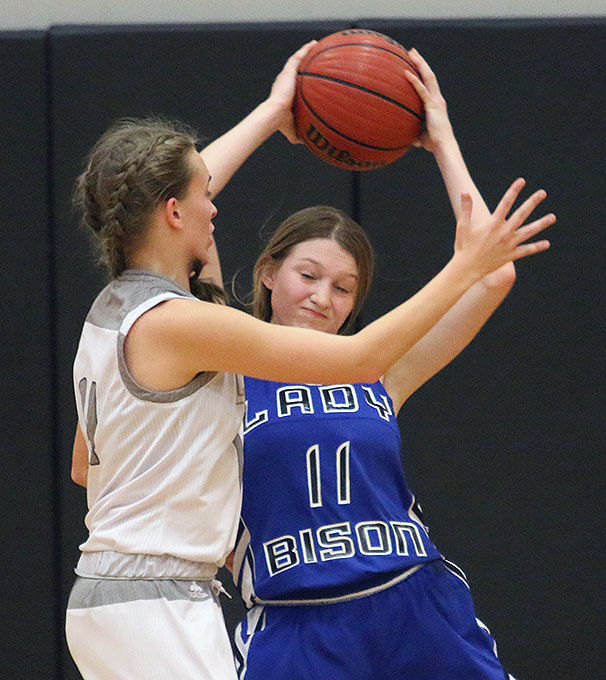 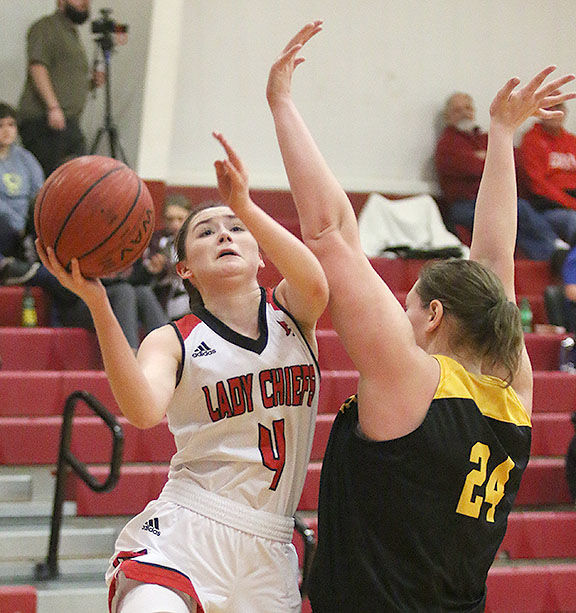 NSM's Vicky Hassell (center) slips between Section defenders Dailey Hanenburg (left) and Haley Smart before being fouled on a layup attempt during NSM's 52-40 win in the Jackson County Tournament Monday night at Pisgah.

But first-year NSM head coach Jeremiah Haynes says you would not know it by the way the team “comes to work” each day.

“The girls have done a good job of not giving up on themselves. They stay positive and keep encouraging one each other,” Haynes said. “They’ve played a really tough schedule. They come to work at practice every day. They work really hard. I’m super proud of them.”

That hard work had paid off in the form of a Jackson County Tournament semifinals appearance.

Fifth-seeded NSM closed the third quarter with a 9-3 scoring run to take the lead before sealing the win at the free-throw line during a 52-40 victory over fourth-seeded Section in the Jackson County Tournament quarterfinals Monday night at Pisgah High School.

The Bison advanced to play top-seeded and Class 3A No. 1-ranked Pisgah in the semifinals Thursday at 6 p.m. The winner plays either second-seeded Skyline or third-seeded North Jackson in the championship game Saturday at 6:15 p.m.

Vicky Hassell scored 13 of her game-high 15 points in the second half for NSM while Kaitlyn Davis netted 12, Kolbie Bobo added 11 and Jesse Weldon had 10.

Haley Smart led Section with 13 points while Madison Armstrong added 11 and Morgan Armstrong and Dailey Hanenburg both had six.

NSM (3-13), which defeated the Lions for the second time in six days, trailed 8-7 after one quarter and 20-19 at halftime. The Bison moved in front on Bobo’s putback with 2:48 left in the third quarter, and Davis’ 3-pointer and Hassell’s two free throws gave NSM a 30-25 lead entering the fourth quarter.

Section (12-12) tied the game 33-all on Smart’s basket with 6:17 remaining, but the Bison went back in front 22 seconds later on two Hassell free throws that started a 16-2 NSM scoring run over the next four-plus minutes.

NSM’s accuracy at the free-throw line allowed it to close the out the victory. The Bison sank 15 of 19 foul shots in the fourth quarter and 22 of 27 for the game.

“I think the differences in the game were our free-throw shooting, we turned them over a little in the press and we kept them off the offensive boards,” Haynes said. “The first game (this season) they beat us 20 (points) and we gave up 16 or 17 offensive boards. I think we’ve given up less than 10 the last two games against them all together.”

North Jackson 73, Woodville 34 — At Pisgah, the third-seeded and Class 4A No. 7-ranked Chiefs had four players score in double figures during the Jackson County Tournament quarterfinal victory.

Alexis Moore scored a game-high 17 points for North Jackson, which also got 15 from Sarah Morgan, 13 from Summer Varnum, 11 from Paige Dunn and seven from Arielle Haynes.

The Chiefs play second-seeded Skyline in the semifinals Thursday at 7:30 p.m.