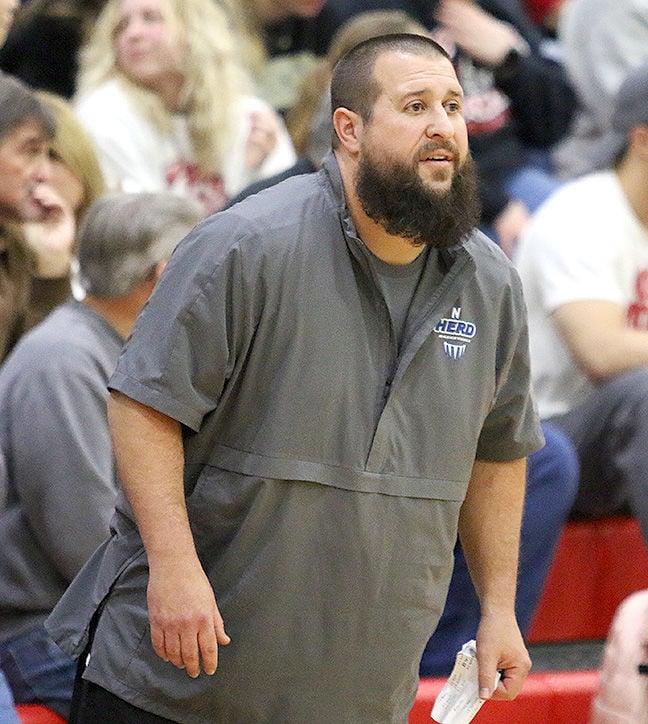 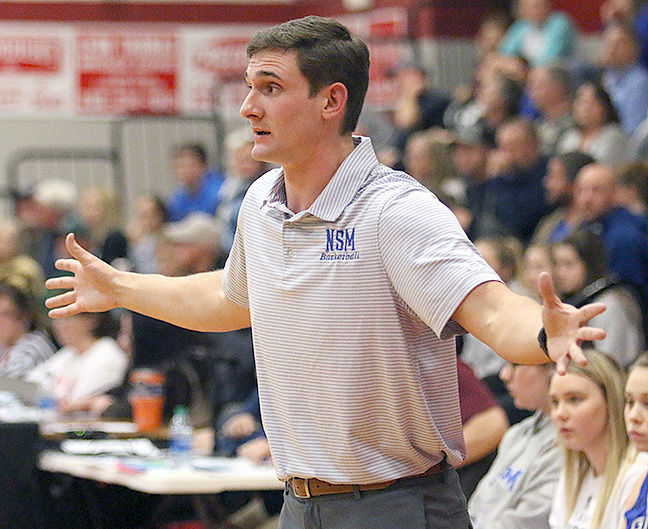 Jeremiah Haynes, entering his second season as NSM varsity girls head coach, will see his team play its first six games of the 2020-21 season on the road.

Jeremiah Haynes, entering his second season as NSM varsity girls head coach, will see his team play its first six games of the 2020-21 season on the road.

The North Sand Mountain girls and boys varsity basketball teams will have to wait a few weeks into the 2020-21 season to wear their home white jerseys.

Both teams open the season with six straight road games before playing their home opener on Dec. 1 against Class 7A Huntsville, which comes two weeks after the scheduled season opener at Gaston on Nov. 17.

“We’ve got to be road warriors right out of the gate,” Hicks said.

NSM will play in a slightly different Class 2A Area 15 this coming season. NSM, Section and Ider will be joined by Pisgah, which dropped down from Class 3A. Fyffe, which was part of the area the past two seasons, moved up to Class 3A.

“Those games always matter because they are rivalries, but now there’s more than just pride on the line,” Hicks said.

Added Haynes, “We play all those area games right in a row, so we’ve got to be locked in.”

The schedule features the return of a home-and-home series with county rival North Jackson and a new series with Gaston of the Gadsden area. NSM continues to play a home-and-home with out-of-state rival Dade County High School from nearby Trenton, Georgia along with series with Plainview and Sylvania and area foes Section, Pisgah and Ider. The Bison will play one game each against Huntsville, Oakwood Adventist and Fyffe.

Haynes said the NSM girls could add another game at some point during the season.

Both NSM teams will play two games each in the Ridgeland (Georgia) Thanksgiving Classic while the NSM girls and its junior varsity girls teams will play in Sylvania’s holiday tournament after Christmas.

“It’s going to be a round-robin and won’t have teams that are super local,” Haynes said. “We’ll get three games there.”

NSM’s boys will play in the Marlin Classic in Panama City Beach, Florida after Christmas and will play in Scottsboro’s first annual MLK Classic — the Bison’s opponent is still to be determined — on Jan. 18, 2021.

“As long as the (Jackson County Tournament) brackets holds like it usually does with the girls playing on Monday, we should be OK for that,” Hicks said. “I didn’t know that Scottsboro was having that until I read the article in the Sentinel. I saw they had an opening and I called Coach (Kenny) Hill to see if we could get in it. It’s going to be a good test for us right toward the end of the season.”

Both NSM teams play in the Jackson County Tournament Jan. 18-23 at Section, and NSM will host the Sand Mountain Tournament in Higdon Dec. 12-19.

“I think it’s a good schedule that’s going to get us ready for area play and the playoffs,” Hicks said. “You want to be battle tested and with this (schedule) we will be.”