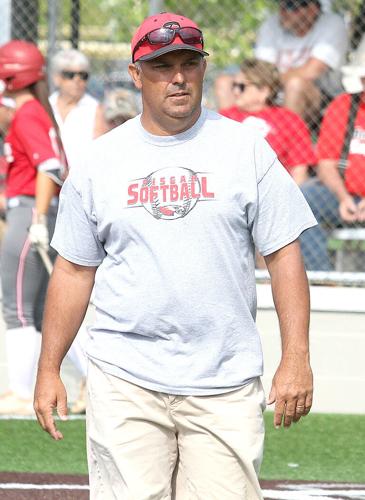 Billy Duncan has stepped down after 24 seasons as Pisgah's head softball coach. The Eagles won 993 games and 10 state championships during his tenure. 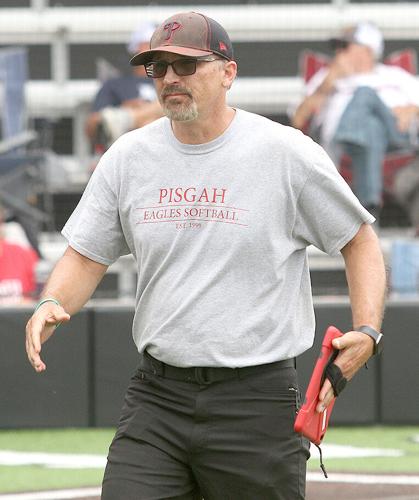 Billy Duncan took over the new Pisgah fastpitch softball program in 1999 not knowing what to expect.

Two-plus decades later, he steps aside after helping turn the program into one of the state’s best.

Duncan won’t return for his 25th season as Pisgah head softball coach, stepping away from the program to have more opportunities to watch his daughter Hannah, who plays college softball at Wallace State and eventually UNA, and his son Cape, a freshmen four-sport athlete at Pisgah.

Duncan, who retired from the Alabama Education System this past summer and now teaches math at Dade County High School in Trenton, Georgia, decided in June that the 2022 season would be his last as the Eagles head coach. The move wasn’t made official until last week’s Jackson County Board of Education meeting in which Pisgah assistant Lowell Barron II was officially hired as the Eagles’ new head coach.

“Lowell is going to do a great job,” Duncan said. “I don’t know if I could have left it not knowing (the program) was going to be in good hands. I think the program will go on being as it’s always been.”

Duncan put together a hall-of-fame career with the Eagles, leading the program to an AHSAA record 10 state softball championships. Pisgah played in the championship finals 16 times during his tenure, won numerous sectional and area titles and won the Jackson County Fastpitch Softball Tournament 14 of the 15 seasons it has been played.

Duncan’s career coaching record is 993-295-3 and would most likely would have eclipsed the 1,000-win mark had the 2020 season not been canceled less than one month after it started because of the COVID-19 pandemic.

During Duncan’s tenure, Pisgah became one of the most recognizable names in high school softball in Alabama. The Eagles’ schedule annually included matchups with the state’s top teams from all classifications. Pisgah won a state record five straight state championships from 2001-2005 before winning state titles in 2008, 2011, 2013, 2017 and 2019.

“We wanted to be known more than just being a good (Class) 2A or 3A team,” Duncan said. “We wanted to be one of the best in the state regardless of the classifications. We played and competed with the 5As, the 6As, the 7As. Our schedule made us successful. We played anybody and everybody. That made it fun.”

The Eagles turned out more than 60 players that went on to play in the college ranks and several of its team managers throughout the years went on to be managers for college teams.

As for coaching in the future, Duncan didn’t rule out a return to coaching after his children’s playing days are over. “Hannah is going into education and coaching,” he said, “so I may be helping her in a few years.”

Duncan called his success at Pisgah “a family effort,” thanking wife LaShonna for “being 110 percent in on Pisgah softball every year.” Meanwhile, Hannah Duncan grew up in the Pisgah dugout, a fixture around the program from the time she was a toddler and "coaching her was really special,” Duncan said.

Duncan also thanked all of the assistant coaches he worked with throughout his tenure, especially Lisa Shavers, who worked with the program for 18 seasons before retiring from coaching after the 2021 season.

He thanked the players and their parents for a “special” experience with the program.

“I’ve loved every bit of it,” he said. “This program became a part of my life, my family’s life. From Day 1 every year, our kids had a goal to get that Blue Map (state championship trophy) and most years we got there to play for it. The kids and their parents bought in. So many great players. I’ve enjoyed being around the players and the parents and developing those relationships. Got a lot of great memories.”

Barron takes over at Pisgah — The Pisgah softball program did not have to look far to find the second head coach in program history.

Lowell Barron II, who has been an assistant with the program the past seven seasons, will take over as head coach.

“I’m excited about the opportunity,” Barron said. “I’m going to miss coaching with Billy because I really enjoyed it. I’ve been fortunate to have been around a lot of college and high-level travel ball coaches, and Billy is as good as there is. He sprinted to the finish. The program is in really good shape. We want to keep the tradition going.”

Barron has two daughters in the program, senior Claudia and freshman Campbell, while daughter Kennedy is a former multi-time all-state pitcher for the Eagles who now plays for Duke University.