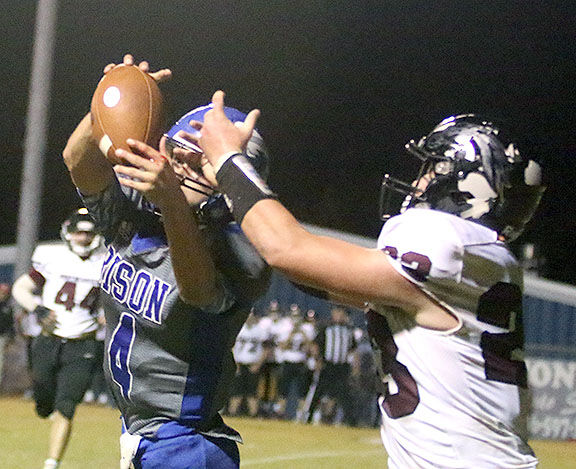 Lake Bell steps in front of a Southeastern receiver for an interception during NSM's 19-0 win over the Mustangs in the first round of the Class 2A playoffs Friday night. 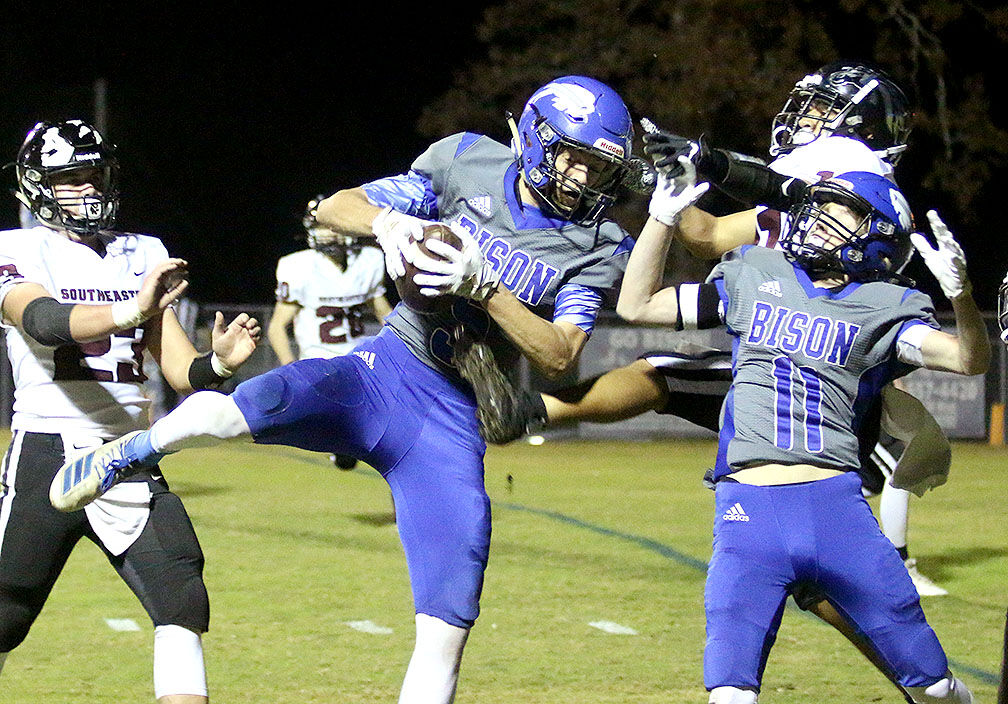 NSM's Derek Bearden (center) comes down with the football in a crowd that includes teammate Blake Hill (11) to score a first-quarter touchdown on a fourth-and-9 play during NSM's 19-0 Class 2A first-round playoff win over Southeastern Friday night in Higdon. 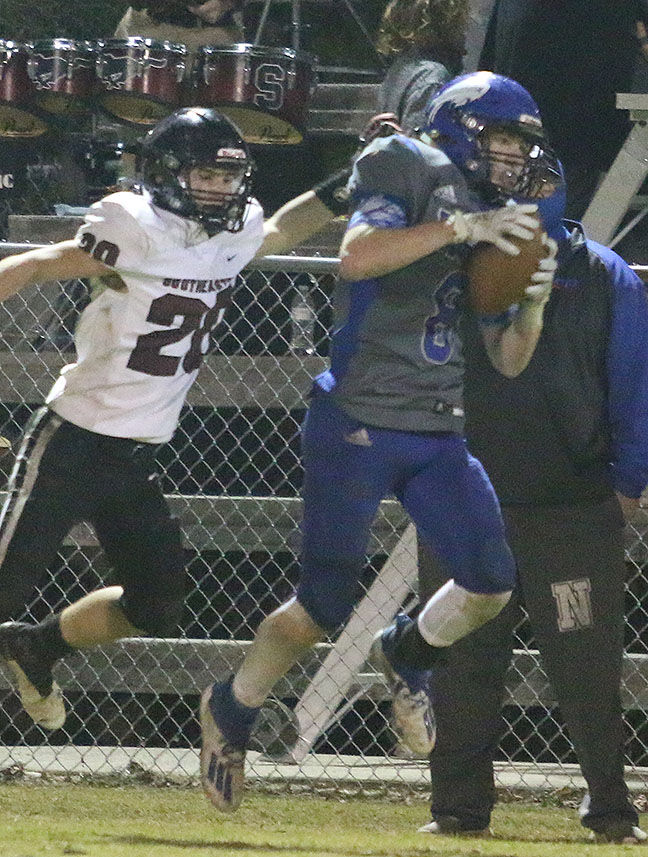 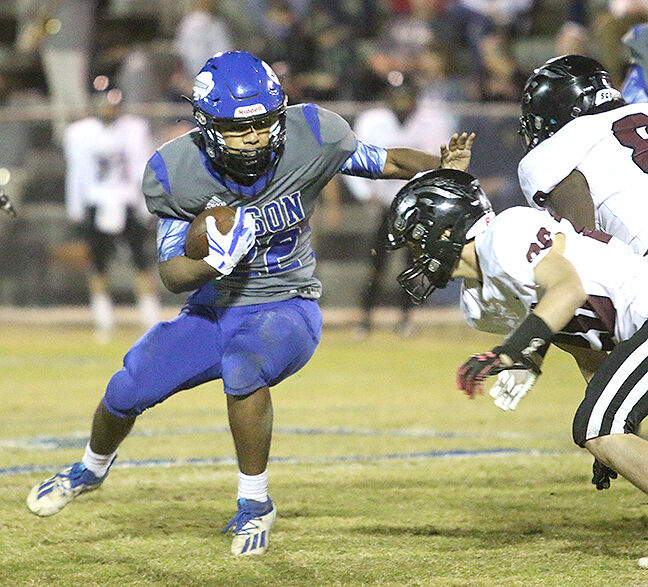 Lake Bell steps in front of a Southeastern receiver for an interception during NSM's 19-0 win over the Mustangs in the first round of the Class 2A playoffs Friday night.

NSM's Derek Bearden (center) comes down with the football in a crowd that includes teammate Blake Hill (11) to score a first-quarter touchdown on a fourth-and-9 play during NSM's 19-0 Class 2A first-round playoff win over Southeastern Friday night in Higdon.

It wasn’t the sharpest performance, but it was record-setting.

No. 6-ranked North Sand Mountain was able to grind out a 19-0 victory over visiting Southeastern in the first round of the Class 2A high school football playoffs Friday night at Lloyd Dobbins Field in Higdon.

Southeastern (6-5) made NSM work for its record-setting win, but the Bison used a strong defensive effort and some big offensive plays to advance.

“We got the job done — that’s all that matters this time of year,” said NSM head coach Keith Kirby. “We’re glad to be advancing and waking up on Saturday still playing. Proud of the boys.”

NSM’s defense forced three turnovers and turned back two potential scoring threats from the Mustangs to record its first shutout of the season.

“Defensively, played extremely well. Pitched a shutout. We were getting to the football, gang tackling, playing fast. Took care of business,” Kirby said. “Offensively got to get better. (Had) penalties at key times. Got to cut all that out. We still got work to do. Hopefully we’ll get in here and have a good week of practice and get better.”

NSM converted three fourth downs on the way to scoring an opening-possession touchdown. The Bison grabbed a 7-0 lead midway through the first quarter on a 20-yard Lake Bell to Derek Bearden touchdown pass on fourth-and-9 and Ashton Higdon’s extra point.

The Mustangs looked to have scored on the second play of the third quarter, but a 59-yard touchdown pass was wiped away by a chop block penalty. Two plays later, Southeastern’s punt traveled just 13 yards, and Bell raced 34 yards for a touchdown two plays after that to give NSM a 13-0 advantage with 9:21 left in the third quarter.

The Bison stretched their lead to 19-0 with 9:15 left in the game on Bell’s 4-yard touchdown run. The senior quarterback finished with 104 yards on 14 carries while also completing 7-of-14 passes for 95 yards and recording an interception on defense. Bearden caught six passes for 102 yards.

The win was NSM’s sixth all-time playoff victory for in 11 appearances. The Bison, who advanced to the Class 2A state quarterfinals last season, have now won first-round playoff games in consecutive seasons for the first time.

“This is an enjoyable time of year. It’s an honor to be practicing and playing football still,” Kirby said. “We’re going to enjoy every minute of it and see what happens next week.”

› Class 2A Playoffs Round 2