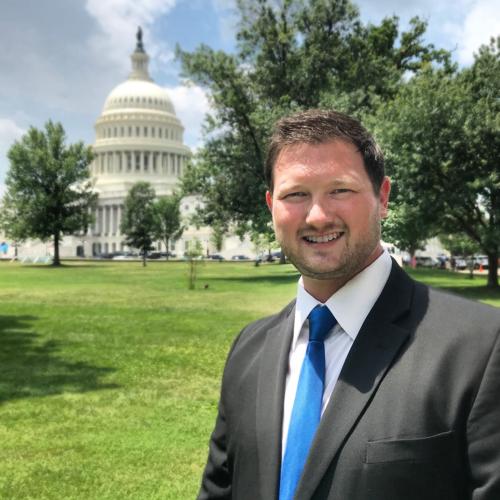 Sentinel editor and publisher Brandon Cox participated in a series of meetings Tuesday, June 19 with a delegation of Alabama media executives and legislators who represent the state of Alabama. 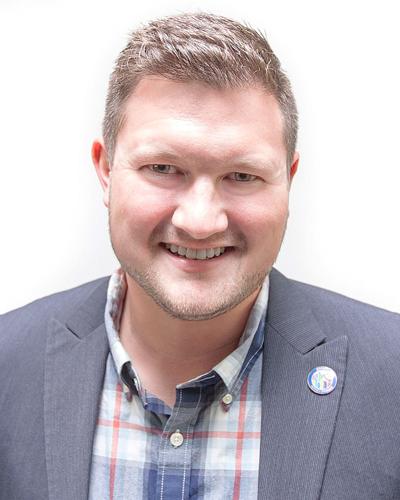 Sentinel editor and publisher Brandon Cox participated in a series of meetings Tuesday, June 19 with a delegation of Alabama media executives and legislators who represent the state of Alabama.

With trade tariff news heating up, we wanted to update Sentinel readers on the recently imposed tariffs on Canadian newsprint.

The problem, however, is the action is playing out more like a disingenuous business version of inside baseball.

But with newsprint, there are few domestic options for consumers. As of this writing, only four companies were producing newsprint in the United States — one of those being NORPAC, the only company petitioning for tariffs. Interestingly, the other domestic newsprint producers oppose the tariffs. Even the American Forest Association has spoken out in opposition to these tariffs.

In today’s market, 75 percent of all newsprint consumed in the United States originates in Canada. Domestic producers, because of a general decline in the long-term volume of U.S. newsprint consumption, have reinvested, retooled and moved to more financially attractive products.

And herein lies one of the most dangerous aspects of the tariff — there is not enough capacity in U.S. manufacturing to mitigate against proposed double-digit increases rolling across the industry. And no matter what the pricing, the manufacturers have invested their future in other products and will not reverse their investments.

The WestRock facility up the road will likely never produce the paper needed to print Jackson County’s community newspaper. Their business model has moved on from 22-inch width 30-lb. uncoated groundwood. The expensive conversions of their machinery are complete, and it would not be responsible for them to turn back. These tariffs will not bring jobs back to the United States, and therefore are not serving their defined function.

The result instead is rising prices—more than 30 percent since the fall of last year—which are already having dramatic effect on local newspapers across the nation.

This is what is known on Wall Street as a pump and dump. One Rock Capital Partners in New York bought NORPAC, and then took advantage of loopholes in trade policy in order to drive up the price of the commodity. Don’t be surprised if the hedge fund sells their asset for a large payoff once prices peak.

To understand how the current 32 percent tariff is affecting real jobs in Jackson County, please consider the following.

Newsprint, sold in increments of tons, have seen costs rise from $550 per ton to more than $800 per ton.

Last year, the Sentinel required approximately 450 tons of newsprint to produce Jackson County’s newspaper and the eight other community newspapers that print in Scottsboro. The effects of these tariffs represent more than a $100,000 increase to material expenses for our operation that employs 30 people in Jackson County.

It is important to note, that the Sentinel purchases American-made newsprint, produced in Grenada, Mississippi. But the tariffs have shocked the market in such a way that the unintended consequences are hurting the industry as a whole.

To avoid laying off people or passing cost increases on to readers, many newspapers like the Sentinel have been forced to reduce the number of pages, copies and even the frequency of printing days. A number of other smaller community newspapers have even ceased publication within the last six months as a direct result.

The proposed tariff action will only accelerate this dangerous pressure on local community newspapers.

Lawmakers in Alabama recognize what is really happening.

Last month, Congressman Mo Brooks sent a letter to Commerce Secretary Wilbur Ross urging his department to make sure they fully understood the issue prior to issuing a final determination.

Just a few weeks ago, Senator Doug Jones (D-AL) signed on as a co-sponsor of the PRINT Act, an important piece of legislation designed to allow for thoughtful research about the proposed tariffs.

Earlier this week, I joined a delegation of Alabama newspaper executives that traveled to Washington D.C. to meet with the Alabama delegation. We discussed trade policy as it relates to our operations and jobs in Alabama with Senator Richard Shelby (R-AL), Senator Jones, Congressman Robert Aderholt (R, AL-4) and Congresswoman Martha Roby (R AL-2).

On Friday morning, Congressman Aderholt expressed his agreement with our assertion by signing on to co-sponsor the PRINT Act as well.

“I support President Trump and his efforts to make our trade deals fairer to American employers and consumers. For far too long, foreign countries have taken advantage of our markets, while keeping theirs closed to our products,” said Aderholt. “That said, I have real concerns about tariffs on uncoated groundwood paper from Canada, as there are not enough domestic manufacturers to supply America’s local newspaper publishers.  This means that this tariff is just raising costs at the request of one business in Washington state.”

Jones and Aderholt’s important names now stand next to a growing list of congressional members signing on. We fully expect other Alabama leaders on both sides of the aisle to join in as well.

Our hope is that cooler heads will prevail in this threat to local newspapers across the nation and the tariffs discussion will receive the full attention it deserves.

Congressman Randy Weber (R-TX) said it best when throwing his support behind the PRINT Act this week.

“There’s not a time in my life when I don’t remember a local paper showing up on my front porch in the morning. Local papers connect us to our community. In them, we see people we know, and we hear their voices in their quotes; we learn about the latest happenings in local government and with Main Street businesses; and we even follow the ups and downs of our hometown sports teams.

“Without these local sources, we’d miss out on stories that are nearest to our hearts. We cannot afford to lose our print media, which is why I proudly support the PRINT Act.”

I encourage all Sentinel readers to reach out to their elected officials in Washington and voice their support for community newspapers.

Brandon Cox is the editor and publisher of the Sentinel. He can be reached by email to brandon.cox@jcsentinel.com. Follow Brandon on Twitter at @BrandonJCox.

“I support President Trump and his efforts to make our trade deals fairer to American employers and consumers. For far too long, foreign countries have taken advantage of our markets, while keeping theirs closed to our products. That said, I have real concerns about tariffs on uncoated groundwood paper from Canada, as there are not enough domestic manufacturers to supply America’s local newspaper publishers.  This means that this tariff is just raising costs at the request of one business in Washington state.”

Several Alabama lawmakers have voiced concerns regarding the impact of tariffs on imported newsprint. Congressman Mo Brooks (R-Huntsville) called on Secretary Wilbur Ross of the United States Department of Commerce asking that the International Trade Commission (ITC) consider the impact tariffs on imported groundwood from Canada is having and will continue to have on rural community newspapers. Sen. Doug Jones and Alabama State Representative Tommy Hanes have also written letters of concern on the subject of these tariffs.