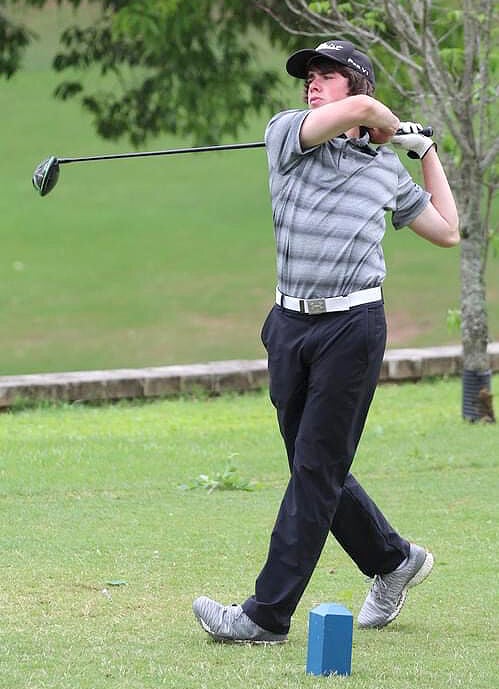 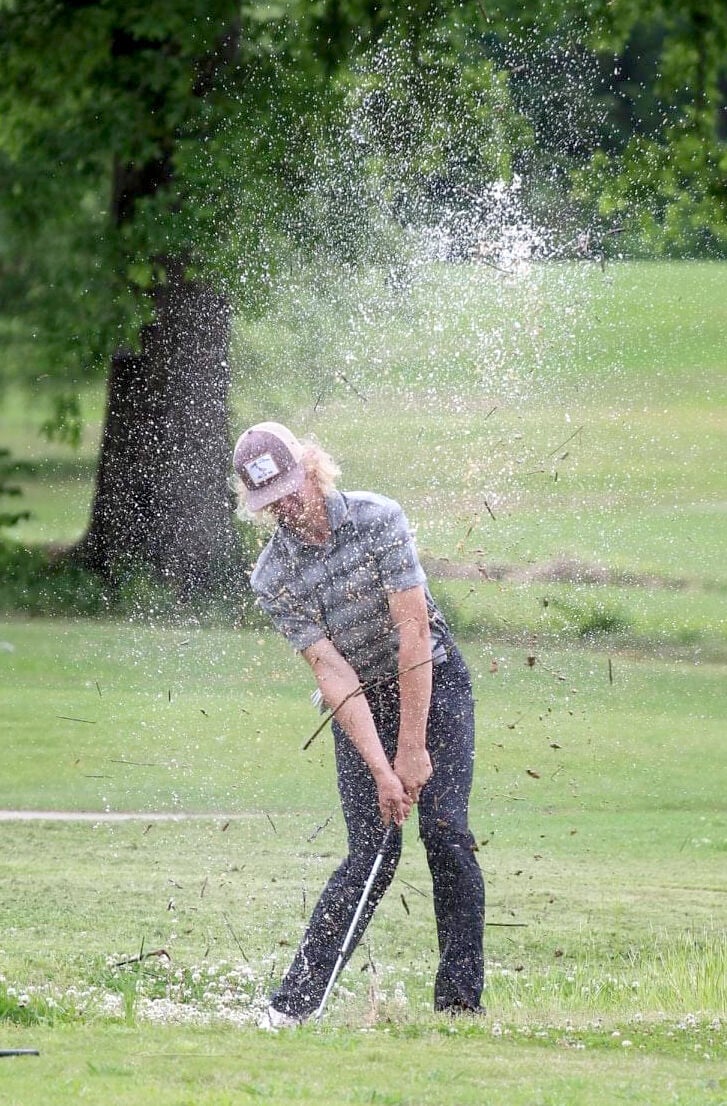 NSM's Jarrett Hill hits out of the sand. Hill finished third in the North 1 Sub-state Tournament after shooting a 77. 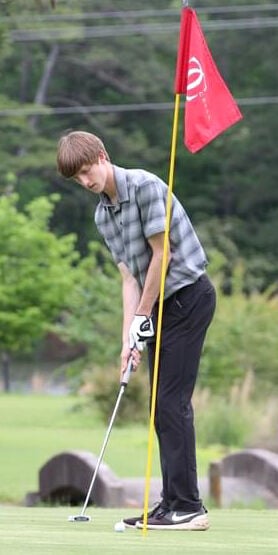 NSM's Jarrett Hill hits out of the sand. Hill finished third in the North 1 Sub-state Tournament after shooting a 77.

The North Sand Mountain boys golf team has given itself the opportunity to play for a repeat.

The defending Class 1A-2A Boys Golf state champion Bison are headed back to the AHSAA Golf Championships after winning the North 1 Sub-state Tournament at Cross Creek Golf Course in Cullman on Wednesday.

NSM finished with a team score of 325, 42 shots better than runner-up Red Bay (367), which edged Whitesburg Christian (372) in a playoff berth for the sub-state’s second and final state qualifying spot.

The top-two teams and top-two individual golfers not on the roster of a top-two sub-state team advanced to next week’s Class 1A-2A state tournament at the Robert Trent Jones Golf Trail’s Magnolia Grove courses in Mobile.

NSM won the Class 1A-2A state championship back in 2019 but did not get a chance to defend its title in 2020 because the season was canceled in March because of the COVID-19 pandemic.

“It means a lot to the boys to return to the state tournament this year after being stripped of the opportunity last year,” said NSM coach Danielle Maples.

Jarrett Hill paced the NSM sub-state effort with 5-over par 77, finishing third overall. Luke Maples finished sixth with a 79, Russ Marr was 11th with an 83 and Benton Bethune 14th with an 86 while Blake Maples shot a 94.

“I thought the boys played well considering the wet conditions of the course,” Maples said.

NSM will play Magnolia Grove’s Crossings course in the Class 1A-2A state tournament on Monday and Tuesday. NSM, Red Bay, Brantley and Elba are the four teams that will compete for the state championship.

“We have to keep our emotions in check, especially with golf because things go bad from time to time. In most sports, your adrenaline helps. But in golf, it can actually hurt you,” Maples said. “If they keep calm and play one hole at a time they will have a good shot at winning this year.”

Here are the tee times for North Sand Mountain golfers in Round 1 of the Class 1A-2A State Tournament at Magnolia Grove's Crossings Course in Mobile on Monday. The second and final round is Tuesday: