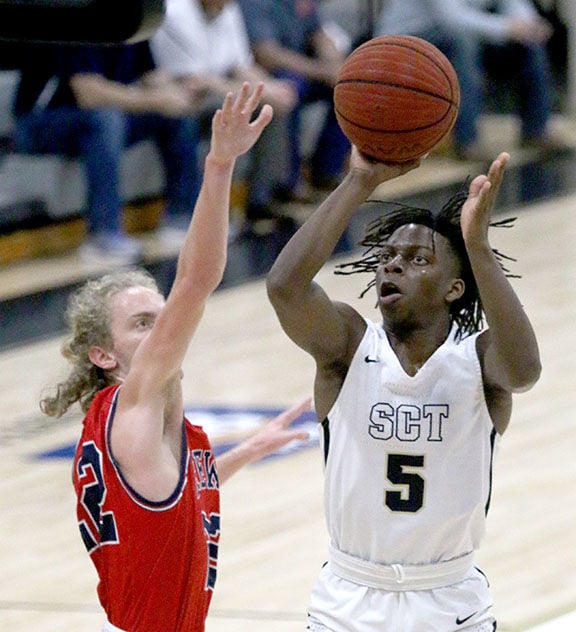 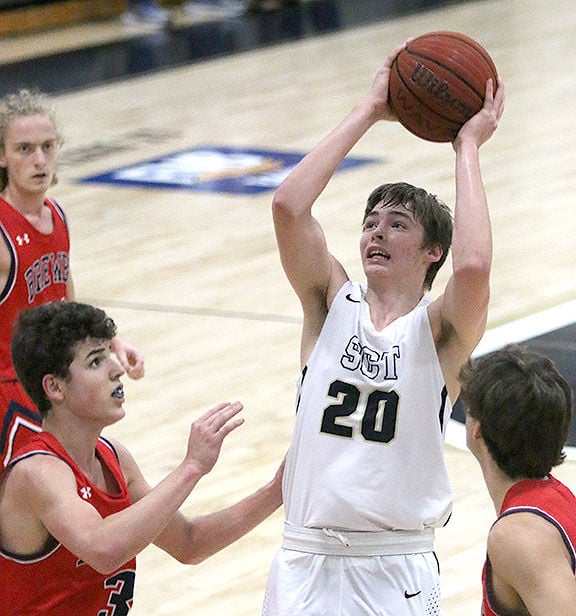 Jacob Cooper scores two of his 15 points during Scottsboro's 68-39 win over Brewer.

Jacob Cooper scores two of his 15 points during Scottsboro's 68-39 win over Brewer.

The Wildcats built an 18-point halftime lead and cruised to a 68-38 Class 5A Area 15 win over visiting Brewer Tuesday night at Hambrick Hall.

“Looking at the film, last time we played (Brewer) we beat them by six. I’d saw where they had just, Friday night, beat Decatur. So I was a little nervous about it,” said Scottsboro head coach Kenny Hill. “We encouraged our guys to come out and play hard, play smart, and really get after it. We’ve really been working on the offensive end and it’s paying off. We’ve been shooting it pretty good the last two games.”

Luke Maples scored a game-high 21 points for NSM, which also got 16 points from Derek Bearden, 13 from Russ Marr, 11 from Drue Carlton and nine from Lake Bell.

The teams will meet in the first round of the Class 2A Area 15 Tournament if Fyffe defeats Ider on Jan. 21.

Skyline 63, Cleveland 58 — At Cleveland, the Class 1A No. 2-ranked Vikings rallied in the second half Tuesday night to post their fifth straight win.

Collin Lockard scored 16 of his game-high 25 points in the second half for Skyline. Jaxen White finished with 16 points while Dawson Wynn added 15.