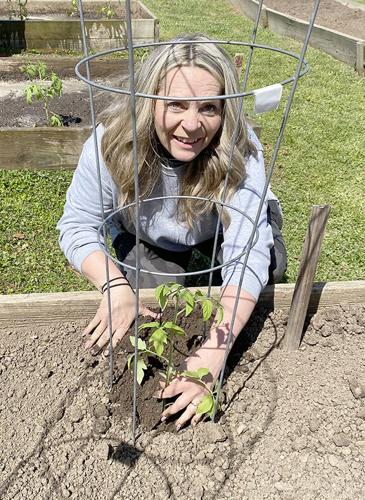 Drug Court Coordinator Wendy Trott works on a tomato plant during Good Friday’s planting at the Garden of Hope. 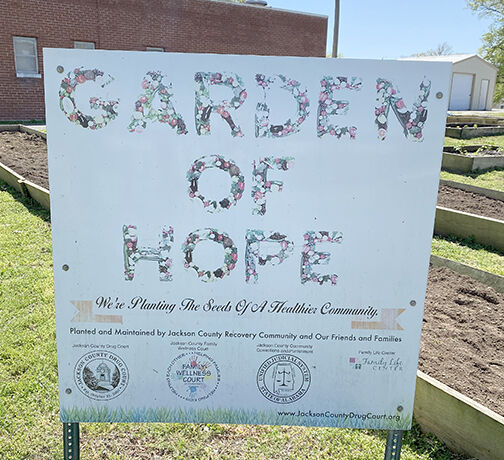 Members of the Jackson County recovery community began planting in the Garden of Hope last Friday, on Good Friday.

Drug Court Coordinator Wendy Trott works on a tomato plant during Good Friday’s planting at the Garden of Hope.

Members of the Jackson County recovery community began planting in the Garden of Hope last Friday, on Good Friday.

The sun shined bright last Friday, on Good Friday, as a group gathered at the corner of Appletree Street and South Broad Street, next to Jackson County Juvenile Court, in Scottsboro.

Circuit Judge John Graham, whose Drug Court meets each Friday, regardless if it’s a holiday or not, said it’s a tradition to plant a garden on Good Friday.

“My job is to help y’all come up out of the ground,” Graham tells the group. “Some of us are buried so deep. It takes hard work, lots of prayer, direction and guidance to bloom and blossom.”

It was a good day, a good morning as people spoke why they were there, which is more than just getting arrested and charged with a drug felony. One woman said her kids need a sober mom. A man says he wants a new life and new opportunity.

The man said his life was on a never-ending cycle when his wife was diagnosed with cancer. He’s been in drug court since February 2021.

“I’ve been clean since September 2020,” he adds. “My life has turned out a whole better since drug court. I will graduate in November. My wife is cancer free.”

Stephanie says she’s been in a custody battle for her daughter for years.

“I went through depression and started using marijuana and methamphetamine,” she said. “I hit a low point and lost hope with everything.”

Stephanie has been in drug court for a year now. The support and encouragement has turned her life around. She now has court order visitation with her daughter.

“I am very grateful,” she said, adding she has been clean for 15 months.

“A lot of folks have been involved,” Graham said.