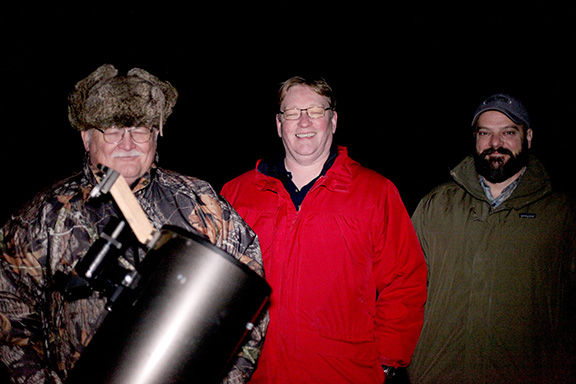 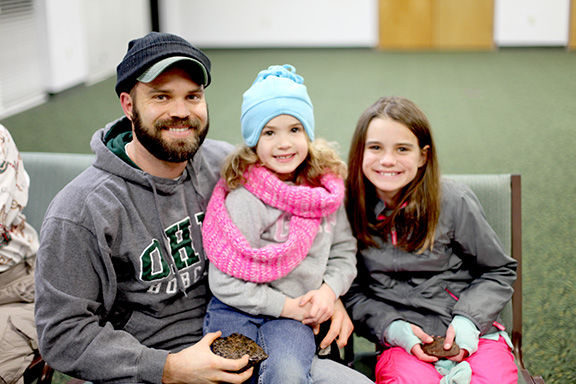 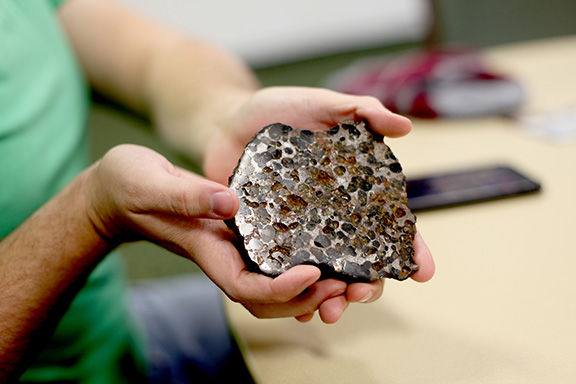 VBAS members brought along several meteorites, including this example of a stony iron meteorite.

VBAS members brought along several meteorites, including this example of a stony iron meteorite.

Several amateur astronomers from the Von Braun Astronomical Society, as well as hobby stargazers, gathered at Camp Maranatha Wednesday night to observe the peak of winter’s most spectacular meteor shower, the Geminids.

Camp Maranatha executive director Chase Epps said he was happy to host VBAS at the camp.

“We knew this would be a place where we could have a good viewing,” Epps said. “With their expertise and our dark sky we figured it would be a good match.”

Before the show really got underway, Eric Silkowski, member of the Von Braun Astronomical Society, gave a presentation about the meteor shower and what watchers could expect to see throughout the night.

“We are just going to observe the meteors and see what we can see,” Silkowski said.

Silkowski said this meteor shower is one of the best for viewing.

“The Geminids is a really nice meteor showers, because the meteors are generally slower than others and they could move across a large part of the sky,” he said, adding that by 6:30 p.m. he had already seen more than five meteors.

Silkowski said he became interested in studying the stars when he was a kid.

“I was growing up when the moon race was on and NASA was going strong,” Silkowski said. “So I got very interested in astronomy. My parents were able to get me a very small telescope with S&H Green Stamps … I could see the stuff I was learning about in school. It got me interested in science and I went on to have a career in physics. This is just a fun hobby right now.”

Tom Burleson, also a member of VBAS, came along as well.

“There will be meteors all night, and it will get better as the night goes along,” Burleson said.

“The telescope doesn’t help with watching the meteor show, but there are other things to see and do while we are out here,” Burleson said. “That telescope is looking at M15. It’s a globular cluster of 100,000 stars floating around space in a ball. That one is looking at Andromeda galaxy, our nearest big neighbor.”

During his presentation Silkowski explained that visible meteors are typically the size of a small pebble and enter Earth’s atmosphere and become visible traveling between 25,000 and 160,000 mph. Burleson passed around real meteors that have been on Earth longer than the human race.

The next major meteor shower will be in August, with the Perseids.

The Von Braun Astronomical Society hosts a public program at 7:30 p.m. each Saturday at its planetarium on Monte Sano Mountain in Huntsville. Admission is $5 for adults, $3 for students and free for children under 6.

“Between now and Christmas it will be about the star of Bethlehem,” Burleson said. “We will have telescope set up so people can look at stars after the program.”