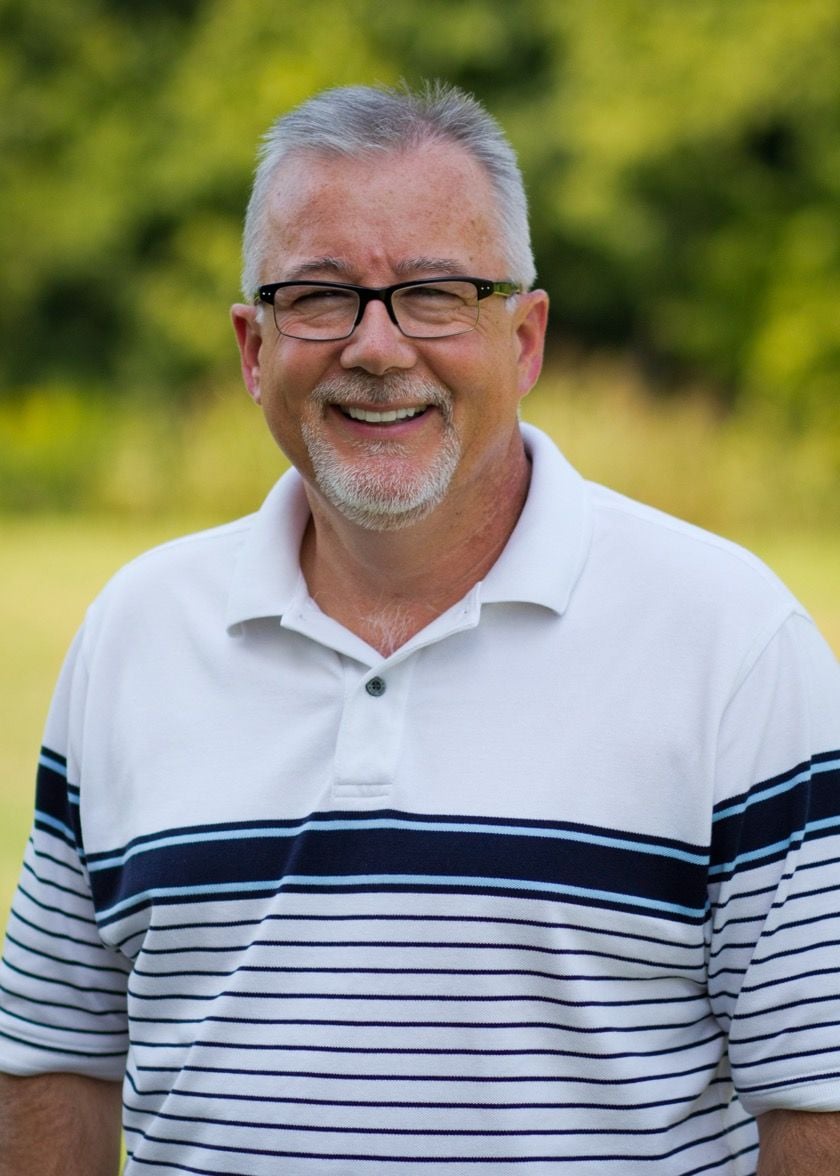 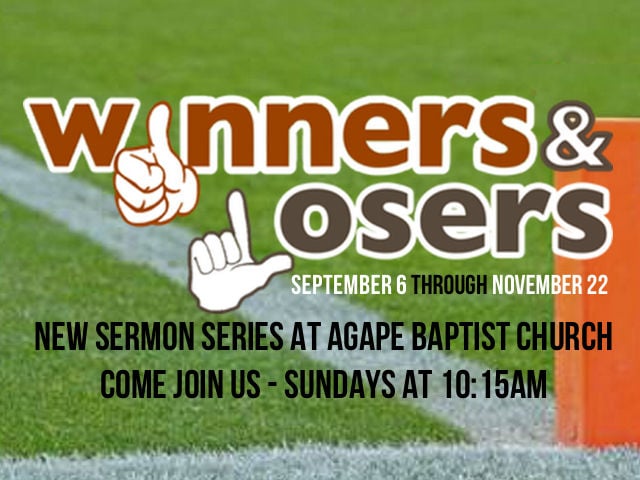 Dr. Roger Mardis is leading a new series of sermons entitled "Winners and Losers" based on the recent national debate regarding participation trophies.

Dr. Roger Mardis is leading a new series of sermons entitled "Winners and Losers" based on the recent national debate regarding participation trophies.

There is no doubt that everybody loves to win. But Dr. Roger Mardis, pastor and founder of Agape Baptist Church in Scottsboro, believes there are many lessons to be learned by losing, on occasion.

Inspired by the recent controversy over ‘participation trophies,’ Mardis is delivering a 12-part series of sermons at Agape during the month of September through Nov. 22, called ‘Winners & Losers.’

“In many ways,” he said, “life is like the game of football. New seasons mean new challenges. Proper execution is critical if we’re going to be successful. Broken rules can be costly. The players, the playbook and the plays are not automatic. One thing is true in the end – somebody wins and somebody loses.”

Mardis said God’s word is full of examples of people winning and losing in things like temptation, prayer, fear, adversity, pride and failure.

“The ‘Winners and Losers’ series deals with those challenges and many more,” he said. “I believe we learn more from adversity than we do from winning. It’s important to learn from our wins and losses.

“I think participation trophies set kids up for failure,” he said. “It’s a very hard fall. Are they going to grow up thinking they will win at everything just for participating?”

Mardis wonders if that idea has contributed to an ‘entitlement generation.’

“If we start kids off early by giving them a trophy just for showing up,” he said, “we are setting them up. They need to be willing to work and succeed. If they don’t, they shouldn’t get the same outcome as someone who does.”

His series deals with relevant issues that people can understand.

“Sometimes you’ve got to meet folks where they are,” he said. “Each year at this time, I try to do a series with the idea of relevant issues. People are talking about participation trophies and the ‘No child left behind,’ act. But life tells us that some people win and some people lose every day. It might be a job interview where you don’t get the job, or a drawing for a door prize. The Bible is full of examples about people who won or lost in valuable circumstances like prayer, temptation and hardship.”

His goal with the series is to help people understand the valuable lessons that come with losing, and also how to be a gracious winner.

The series began on September 6 with a sermon about Esau from the Old Testament.

“He was a great guy in the world’s standards,” Mardis said. “He had a great farm, he was a gifted outdoorsman, and came from a spiritual home. He fathered a mighty nation.

“By the world’s standards, he was a complete success,” he said. “We would have called him a ‘winner.’ Yet God said in Malachi 1:3, that He hated Esau.

“Why?” he said. “Because Esau lived for time and not eternity. The things of God had no value to him.”

The services are open and free to the public. Services begin each Sunday morning at 10:15.

“It’s very casual,” he said. “Last Sunday, everyone wore their favorite team jersey, and they are welcome to keep doing that. This is a fun series, and I believe we can all learn a lot from it.”

Upcoming services will include more characters from the Bible, including ‘Jabez.’

“Jabez got off to a rough start,” Mardis said. “We would say that he came from a dysfunctional family. The deck was stacked against him. But he overcame those areas and became a great model of prayer. In fact, God gave him everything he requested. That would have to be a winner.”

Mardis is proud of the way God is working at Agape.

“We have a good time,” he said. “We love the Lord and we celebrate Him. We focus on what He wants.”