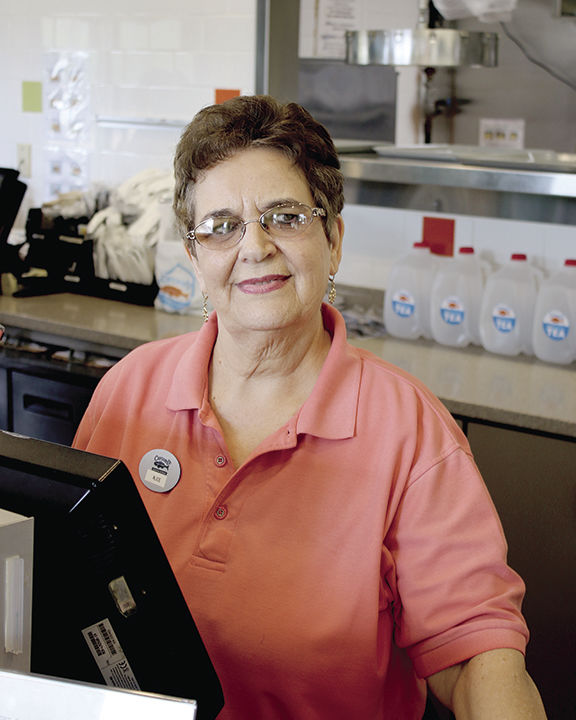 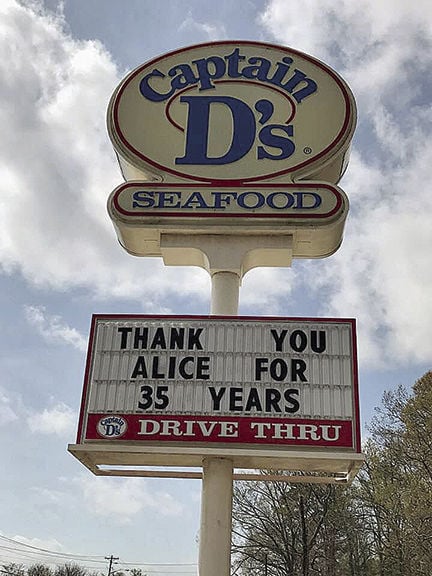 Employees of Captain D's recognize Alice Whitaker, who retired Friday after 35 years with the company.

Employees of Captain D's recognize Alice Whitaker, who retired Friday after 35 years with the company.

She didn’t always know the names, but the faces have been like family. Alice Whitaker, who never dreamed she would stay at Captain D’s as long as she did, officially retired Friday.

Whitaker needed a job when she started in Dec. 1982 as a cashier. From the start, it was always about taking care of the customers.

“You just did whatever needed to be done,” said Whitaker.

Within a year, she was promoted to dining room supervisor, a title she held for more than 17 years.

“It has definitely grown,” she said.

Whitaker leaves after 35 years of service, where she took care of customers and played a mother figure to many co-workers through the years.

“She has guided a lot of people over the years,” said Copenhaver. “She is the same person everyday. She never said a bad word about anybody.”

In Copenhaver’s company, which includes seven restaurants, Whitaker is the fourth longest serving employee at 35 years.

“We’ve been very fortunate to have her,” said Copenhaver. “You are only as successful as the people in the restaurant.”

Copenhaver said Whitaker was always dependable, always there when needed.

She can remember working 60 or more hours when other employees needed off.

Whitaker said that while she is ready to retire, it’s also a little emotional. Still, she plans to relax and spend time with her children and grandchildren.

“It will be really strange not seeing her here,” said Copenhaver. “She’s been part of the make up. I wish I had about 25 of her.”

Whitaker said she plans to come by and see everyone. Copenhaver is giving her a long-term offer.

“She can eat her free for the rest of her life,” he said. “Just as long as she eats in and talks to us.”