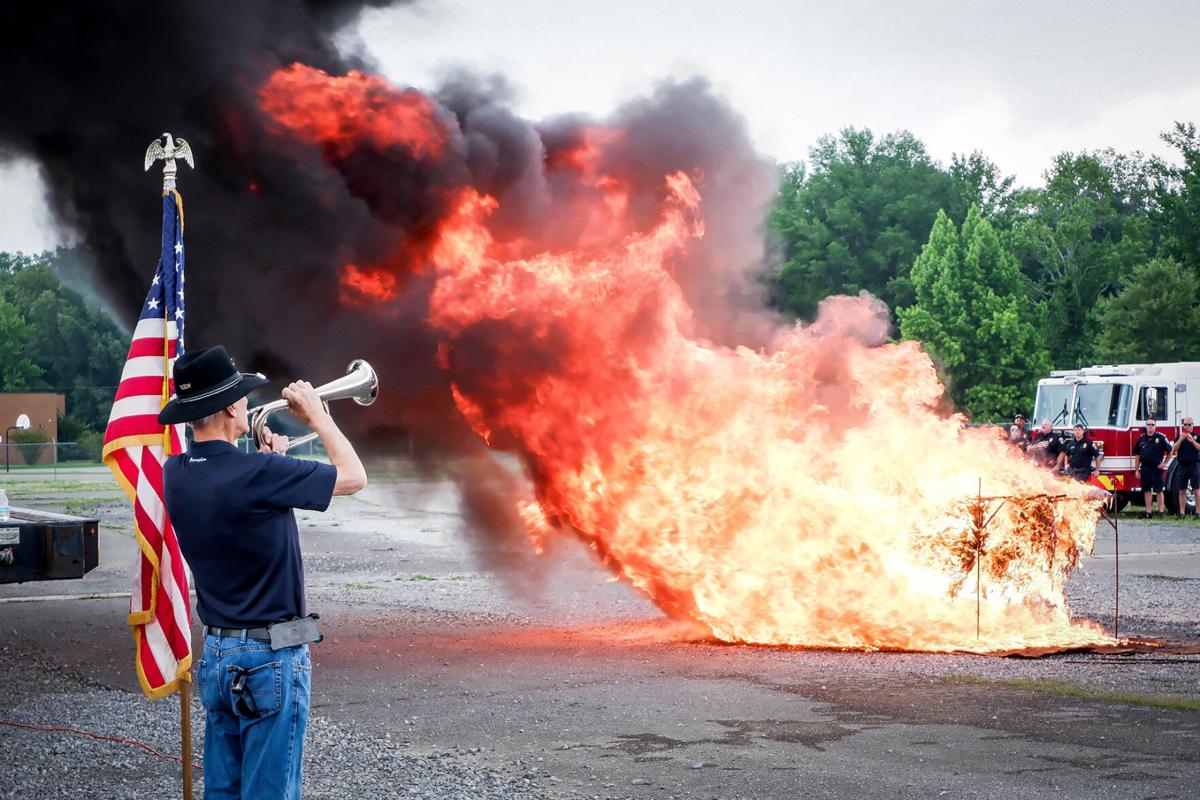 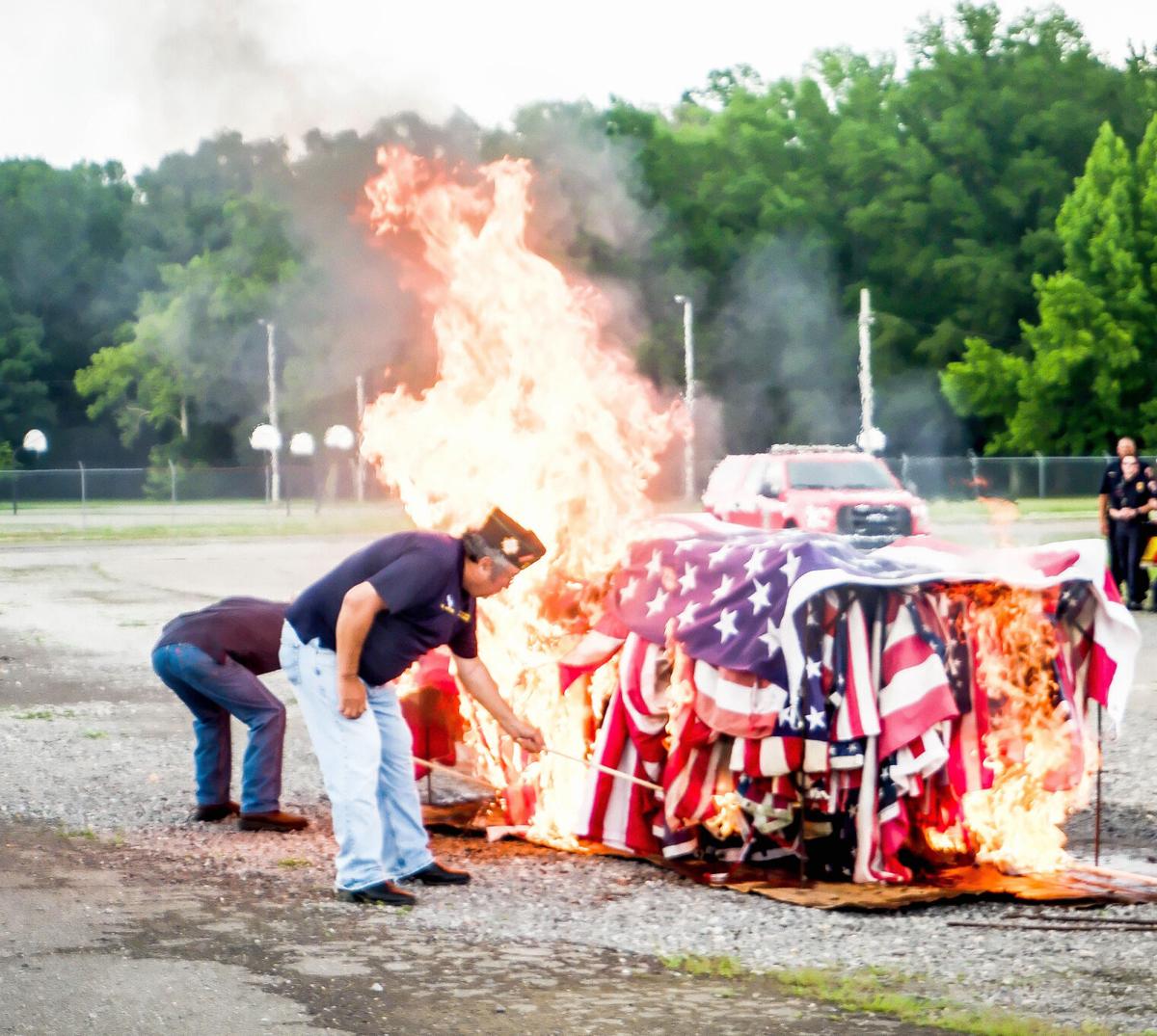 Ceremony commanders use torches to ignite more than 1,000 unserviceable flags. 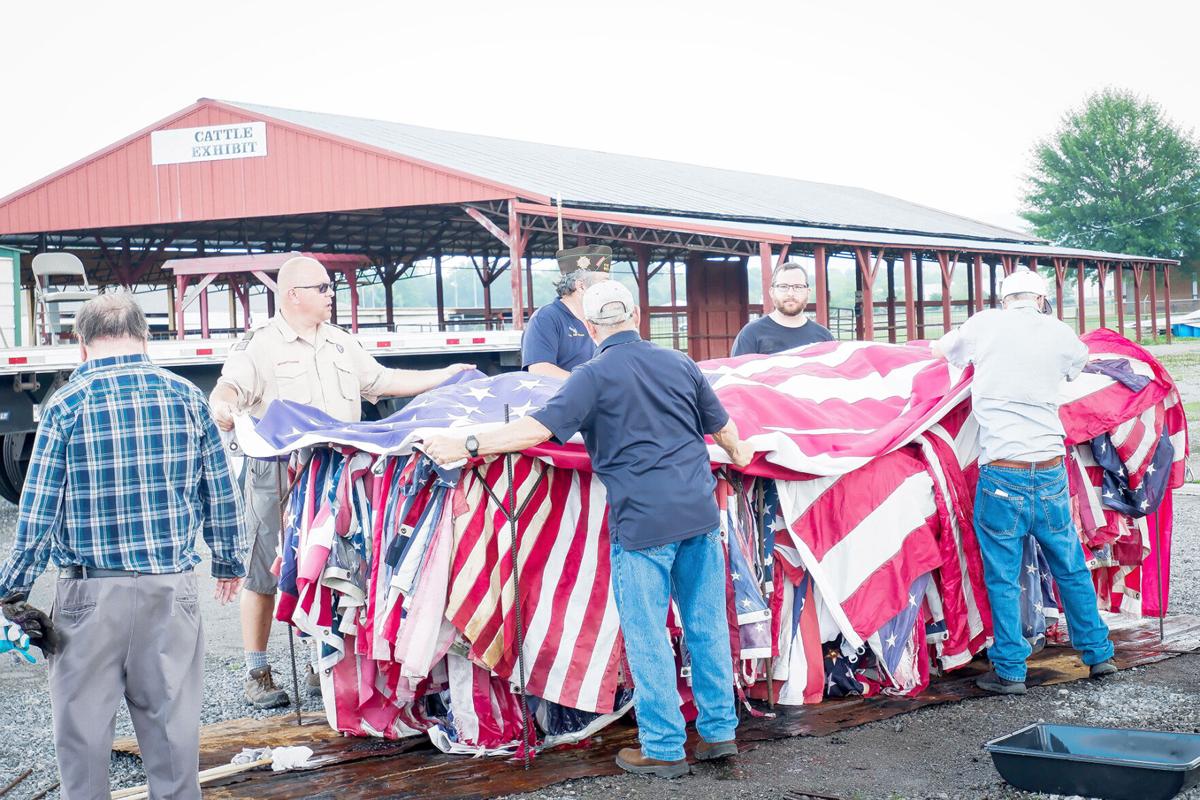 Ceremony commanders use torches to ignite more than 1,000 unserviceable flags.

Veterans, Boy Scouts and other members of the community joined together Saturday, June 12, to participate in Jackson County’s 19th Retirement Ceremony of American Flags.

Retired Maj. Gen. Bill Nance, who currently serves as chairman of the Jackson County Commission, was the guest speaker for the ceremony.

Nance said, to him, the ceremony is about honoring the flag and its representation of our nation.

“Clearly the code tells us how we respect the flag, how we display the flag, how we use the flag, and it also provides for how we retire the flag,” Nance said. “This ceremony really represents that and dignifies the retired flag. I think this is a very important ceremony.”

Gordon Hodges said this ceremony was first held in Jackson County 23 years ago.

“I was a Scout Master and most of my Scouts had no patriotism towards the flag whatsoever,” Hodges said. “I thought, if I get together with the veterans and have them help with the Boy Scouts that would be a good thing, and that’s when I came up with this.”

Hodges said more than 1,000 flags, which were collected the past two years, were inspected and deemed unserviceable.

During the ceremony the flags were dipped in kerosene and placed on a fire grate. When all flags were properly placed, the ceremony commanders ignited the flags in three locations and onlookers observed the flames as VFW member and bugler George Jones played “Taps.”

Jim Jordan said this was the first flag retirement he had attended.

Ashes of the flags were collected when the fire ceased burning and will be buried on federal property during a later ceremony performed by Boy Scout Troop 18.