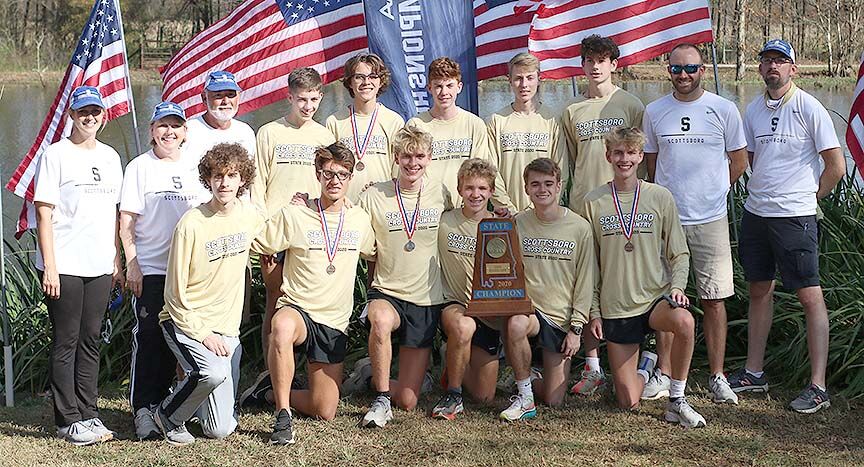 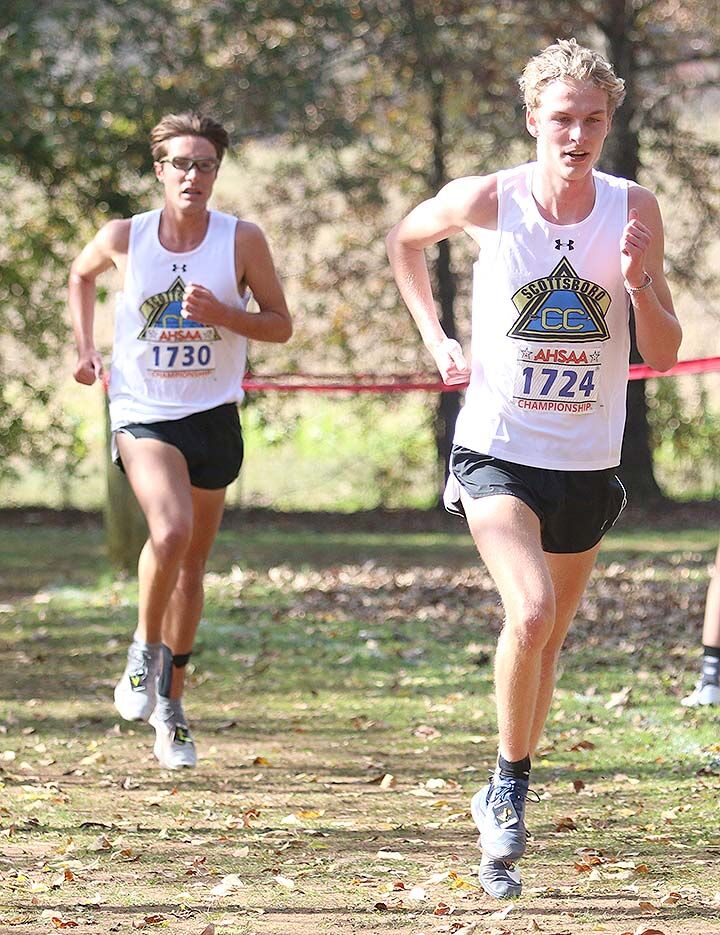 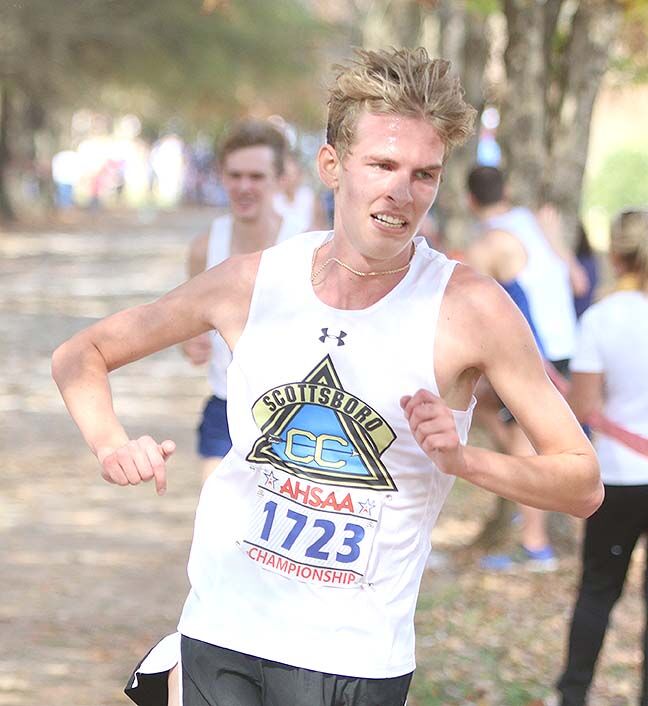 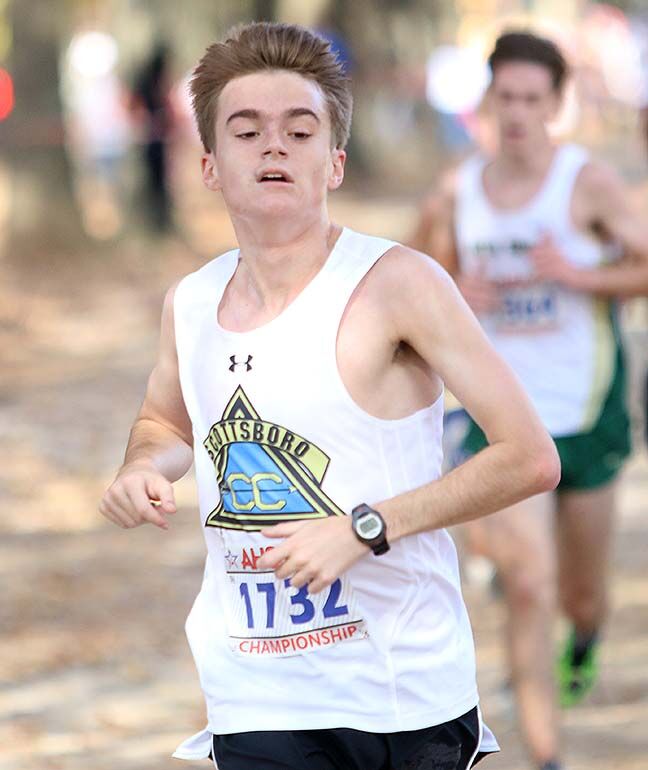 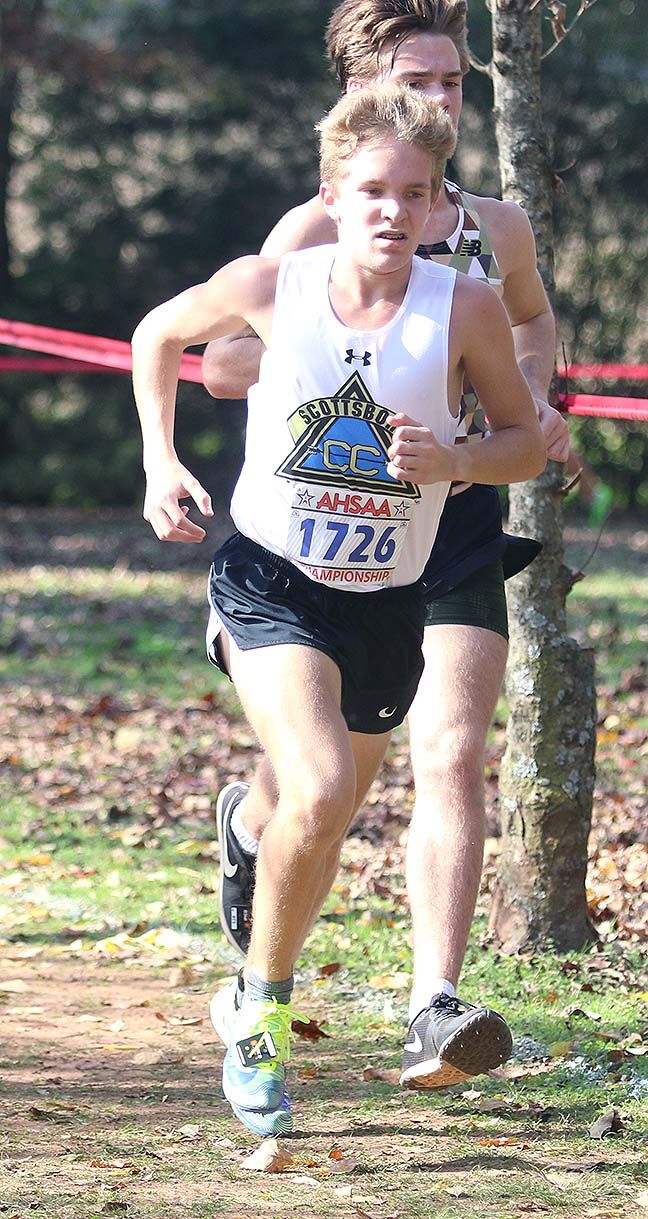 The Scottsboro varsity boys cross country program won its fifth straight state championship on Saturday, putting together another dominant performance to claim the Class 6A title at Oakville Indian Mounds Park and Museum.

“Whenever they told us we were going to 6A, the boys were excited,” said Scottsboro head coach Luke Robinson. “They were excited they’d be forced to be in faster races at state. They invited the competition. They’ve always been that way. I think that’s a big reason why they are what they are.”

“A mile into it, we had four or five (runners) up there fighting with that lead pack,” Robinson said. “That was what we wanted to do. Put our nose in it early at the beginning and see how it shakes out. They held on, and they made passes in the last mile. That’s always been a rule for us, nobody passes us in the last miles, and I think we passed a bunch (of runners) in the last mile.”

Scottsboro loses five seniors from Saturday’s race line-up, and Robinson said their impact on the program will be felt for years.

“I think they play a bigger role of what the culture of that boys distance crew is than they could ever know,” Robinson said. “They are a big reason as to why these young guys are coming in and buying in early and focusing on the little aspects to be successful. The reason they want to do that is because they want to be like that group of seniors. The example they have set makes it real easy for me as a coach. When a seventh-grader says I want to get better, I can say ‘pay attention to (those seniors).’ What a group.”