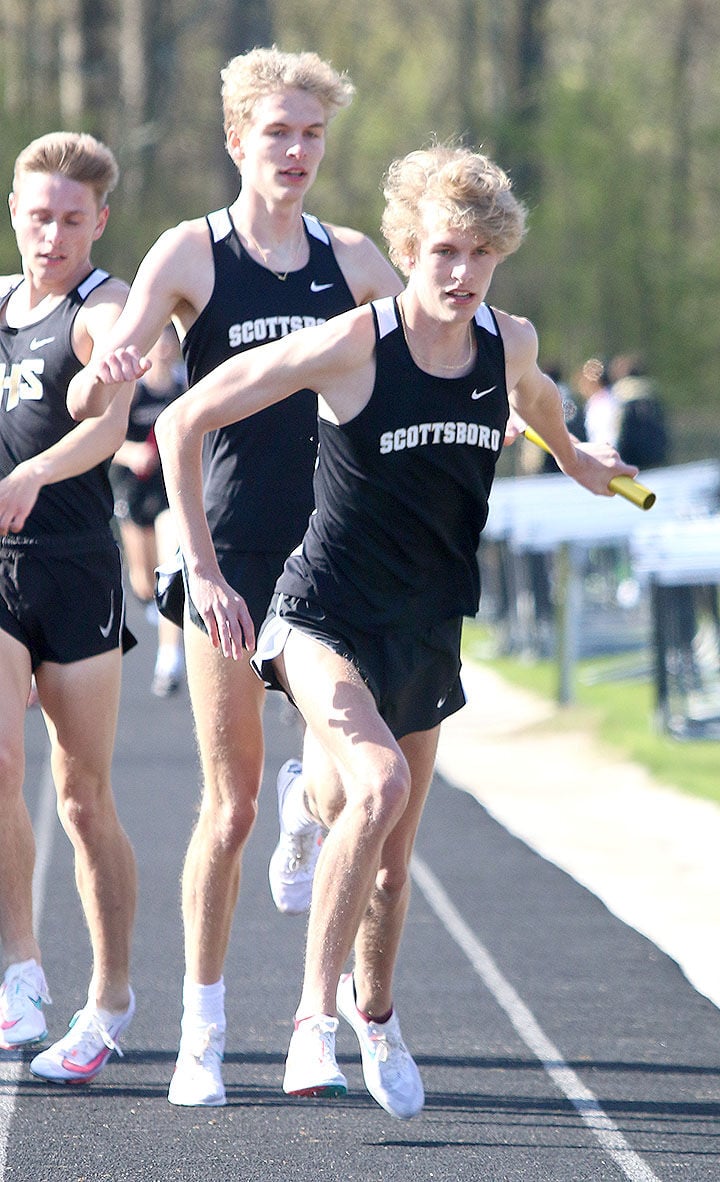 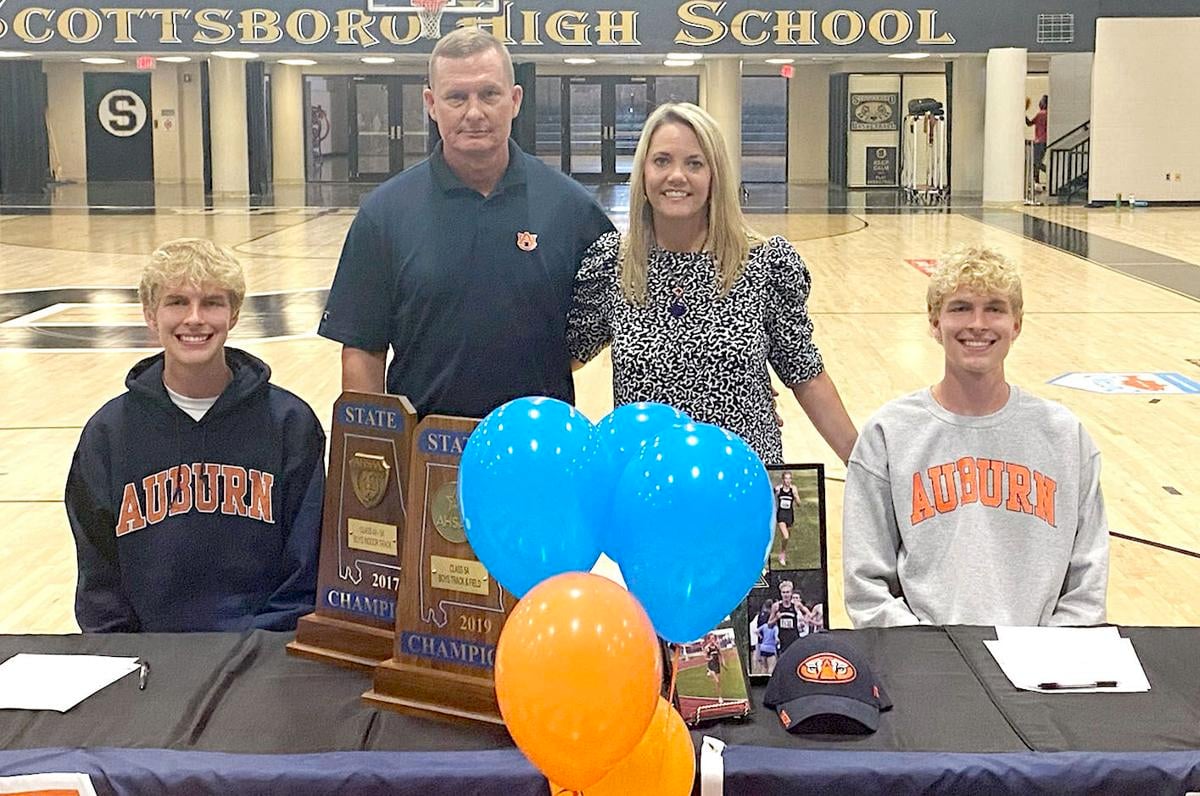 Scottsboro's Benson and Cooper Atkins, pictured with their parents Dawn and Steven Atkins, have signed to run cross country and track and field at Auburn University.

Scottsboro's Benson and Cooper Atkins, pictured with their parents Dawn and Steven Atkins, have signed to run cross country and track and field at Auburn University.

Identical twins Benson and Cooper Atkins made opponents and fans do plenty of double-takes throughout their years of competing in cross country and track and field for Scottsboro High School.

Now it’s the SEC that will be doing the double-take.

They chose Auburn over several offers, including Alabama, Ole Miss and Duke.

“We grew up Auburn fans and just really felt comfortable there,” Benson Atkins said. “I was saw a future at Auburn.”

The brothers said they did not go into the recruiting process adamant about attending the same school, but that it eventually “worked out that way for us,” Cooper Atkins said.

“We didn’t intend at first to be a package deal,” Benson Atkins added, “but it definitely worked out in our favor.”

Both runners said they were grateful for memorable high school careers.

“It couldn’t have happened any other place than Scottsboro,” Cooper Atkins said. “Coach Rob (Luke Robinson) came in when we were young and really set up the program for what we got to be by the time we were seniors. I think Scottsboro is the best in the nation when it comes to team chemistry and guys that are willing to work for a common goal. It makes it easy to work hard.”

“It was definitely a blessing just to be part of that,” Benson Atkins said. “We could look at our teammates and know that everyone put in all the work to get it done.”

Both are slated to run in the one miles and in 5Ks for the Auburn cross country/track and field program. The duo, who both plan to major in bio-medical sciences with a focus on dentistry, has been training with higher mileage this summer as they get ready to report to Auburn this fall.

“I’m excited for it,” Cooper Atkins said, “getting to race against some older guys and chase people for the first time since freshman or sophomore year is a challenge but it's going to be fun.”