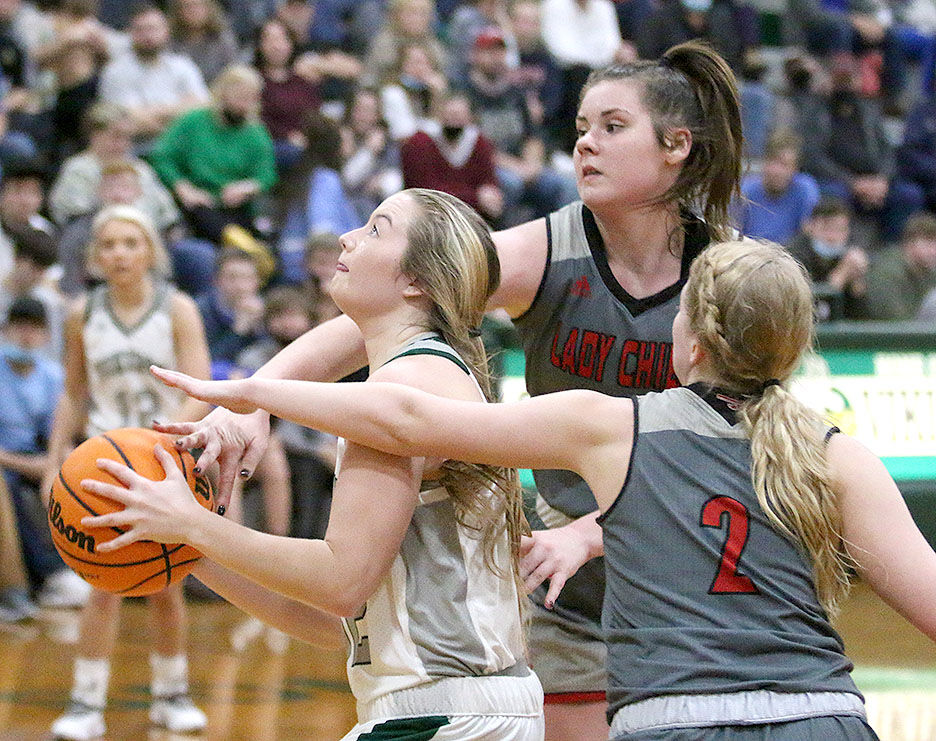 Gracie Stucky (left) gets between North Jackson's Arielle Haynes and Hadley Burnette (2) for a basket in Skyline's 59-46 county semifinal win. 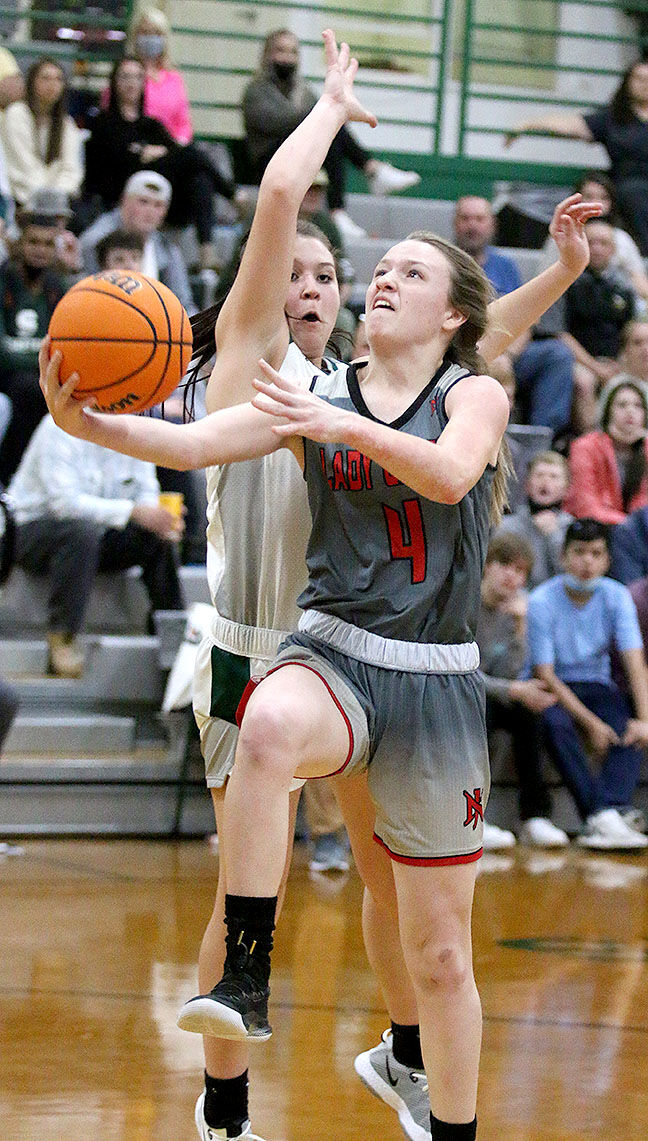 North Jackson's Bailey Abernathy (4) goes in for layup as Skyline's Gracie Rowell tries for the block. 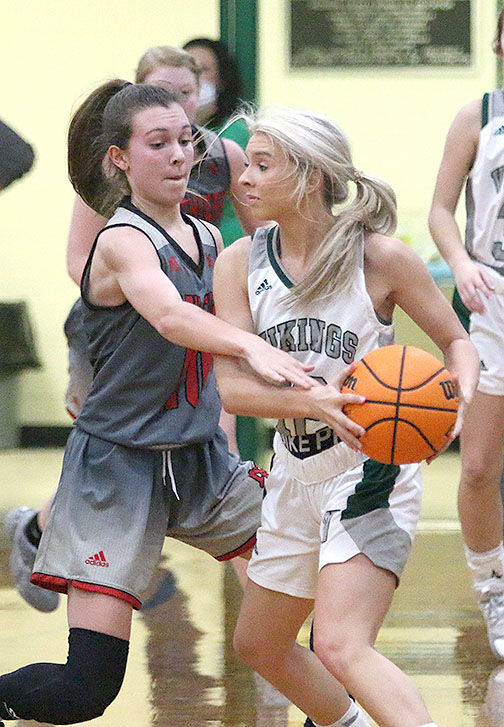 Gracie Stucky (left) gets between North Jackson's Arielle Haynes and Hadley Burnette (2) for a basket in Skyline's 59-46 county semifinal win.

North Jackson's Bailey Abernathy (4) goes in for layup as Skyline's Gracie Rowell tries for the block.

But the hall of fame coach may have aged more from what he saw on the court from his Class 1A top-ranked Skyline varsity girls basketball team during Thursday’s Jackson County Tournament semifinals at Skyline High School.

“What a game,” McCarver said.

There were plenty of nervous moments for the second-seeded Vikings, but they used a strong fourth quarter to rally past third-seeded North Jackson 59-46 and advance to the Jackson County Tournament’s varsity girls championship game for the sixth consecutive season.

The Vikings will try to win the program’s first county title Saturday at 6 p.m. against top-seeded and six-time defending champion Pisgah. That game will be played at North Jackson High School.

Summer Varnum scored 14 points and Hadley Burnette netted 11 for North Jackson (9-7), which also got eight from Arielle Haynes and six from Delana Pierce.

North Jackson (9-7) nearly pulled the upset, leading for most of the first three-and-a-half quarters.

The Chiefs led 16-10 after one quarter and led by as many as eight points in the second quarter before Skyline finished the first half with an 8-0 run to lead 22-21 at halftime. North Jackson regained control in the third quarter, scoring the first three baskets (two from Varnum and one from Burnette) of the frame before baskets from Haynes and Burnette ultimately sent the Chiefs into the fourth quarter with a 38-29 advantage.

After Skyline pulled within three early in the fourth quarter, Pierce swished a 3-pointer to give the Chiefs a 43-37 lead with 5:47 remaining. That however was North Jackson’s last field goal, as Skyline outscored the Chiefs 22-3 over the 4:57.

Skyline made only 7-of-31 3-point shot attempts, three of which came during its fourth-quarter rally. The Vikings scored more points in the fourth quarter (30) than they did the entire first three quarters (29) combined.

“We finally knocked down a few shots and were able to get into what we do (on the full-court press),” McCarver said. “That’s our key. If we make some shots, we’ll be all right. We had to make shots to get (the tempo) going. We turned up the heat a little more on them, guarded them better and got some turnovers.”

Pisgah 70, Section 23 — At Pisgah, the top-seeded and six-time defending county champion Eagles advanced to the Jackson County Tournament championship game thanks to a win over visiting fifth-seeded Section Thursday night.

The Class 2A No. 1-ranked Eagles take on second-seeded and 1A No. 1-ranked Skyline in the county finals Saturday at 6 p.m. at North Jackson High School.

Pisgah will play in the county finals for the 18th time during head coach Carey Ellison’s 25-year tenure. Pisgah is 14-3 in county title games during Ellison’s tenure.

Kallie Tinker scored a game-high 20 points for the Eagles, who have won their last five games. Molly Heard added 17 points and Kennedy Barron pitched in 12 for Pisgah, which also got six points from Emma Ellison and four each from Hannah Duncan, Karlee Holcomb and Lila Kate Wheeler.