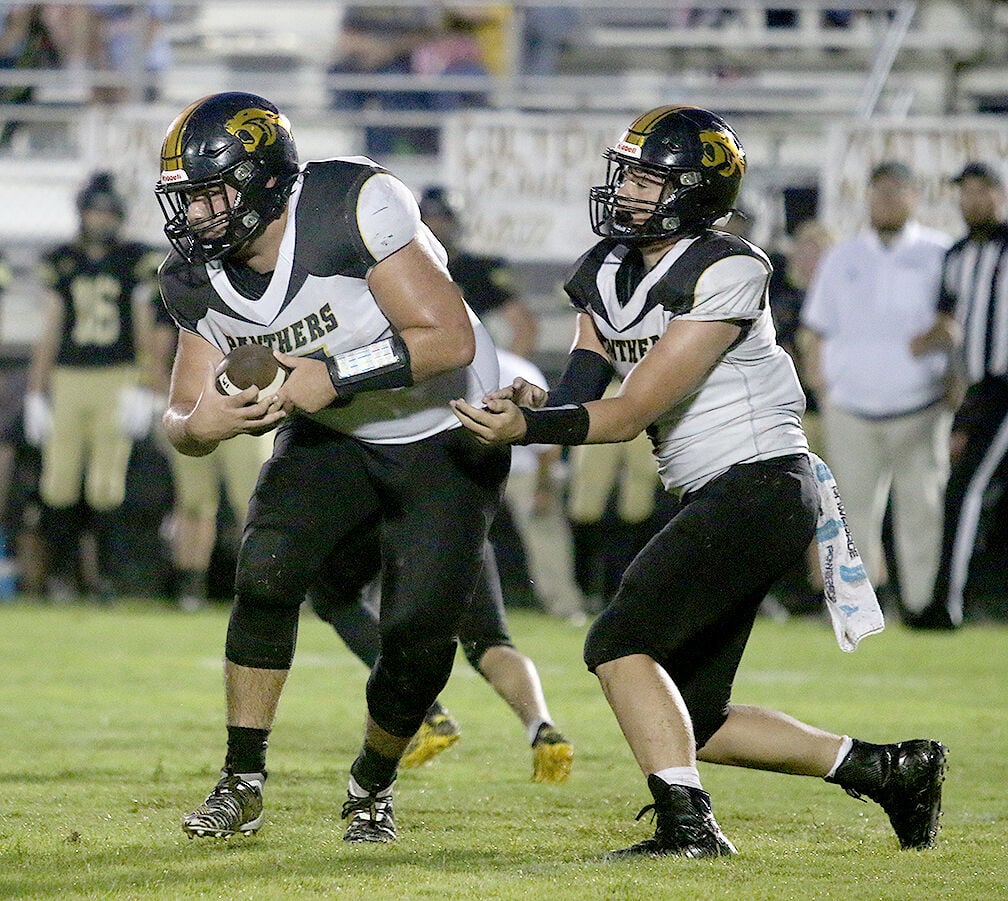 Nathan Gardner (left), Sam Peek and the Woodville Panthers play their home opener on Friday when they host Coosa Christian for the start of class 1A Region 7 play 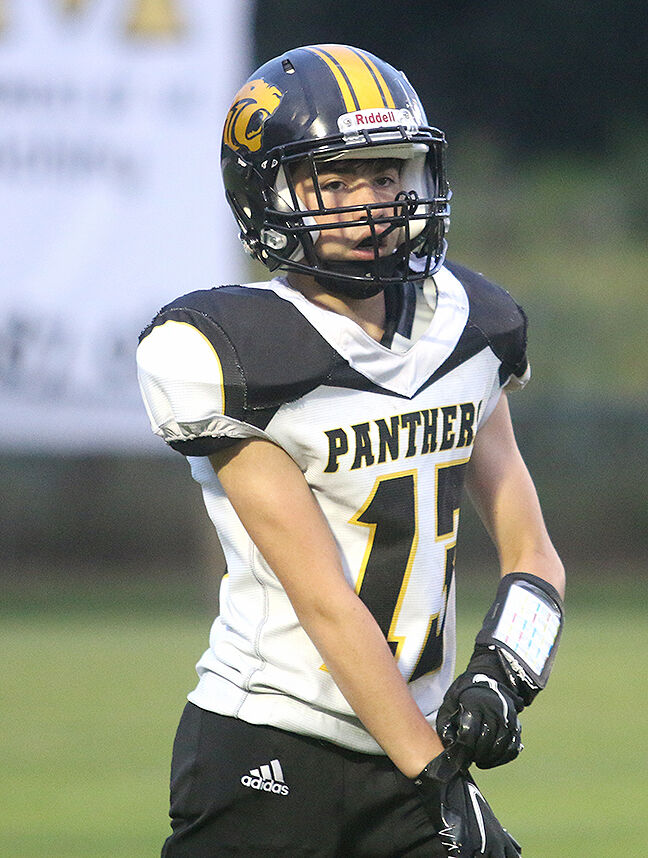 Nathan Gardner (left), Sam Peek and the Woodville Panthers play their home opener on Friday when they host Coosa Christian for the start of class 1A Region 7 play

The Woodville football has dropped its first two games of the season, as the Class 1A Panthers have suffered losses to Class 2A Ider and 5A Douglas.

But the way Woodville head coach Matt Sanders looks at it, the Panthers are actually 0-0.

“Talking to the kids I told them that were still 0-0,” Sanders said. “We’re starting region play, and the great thing is that all the goals our kids set in the region are still there. We’ve just got to keep working to get better and work toward (those goals).”

It’s the home opener for the Panthers.

“We’re excited to get to finally have a home game,” Sanders said.

Coosa Christian (1-1) enters the game after defeating Gaston 42-0 last Friday, rebounding from a 54-16 loss to Westbrook Christian in Week 0.

“They’re a well-coached team that’s got plenty of talent too,” Sanders said of Coosa Christian. “They spread it out and run to the outside a lot trying to use their speed and they throw it deep a lot.”

Woodville added its game last week just three days before game day, taking on Douglas after Douglas’ scheduled opponent Brindlee Mountain had to cancel the game because of COVID-19 reasons.

Despite falling 42-8, Sanders said getting more game action under the Panthers’ belts was important heading into region play.

“We’re a young team, and not to sound like a broken record, but the game time is so huge for us,” Sanders said. “With your numbers, we can’t go 11-on-11 in practice, so the games become so important to our development. We were a lot better last week (against Douglas) than we were the first game. We’ve just got to keep getting better. Cut down on the mistakes and keep doing the little things better. There were things we did better and some (mistakes) we made again. We’re going to emphasize the things we did well and try correct the stuff we need to.”