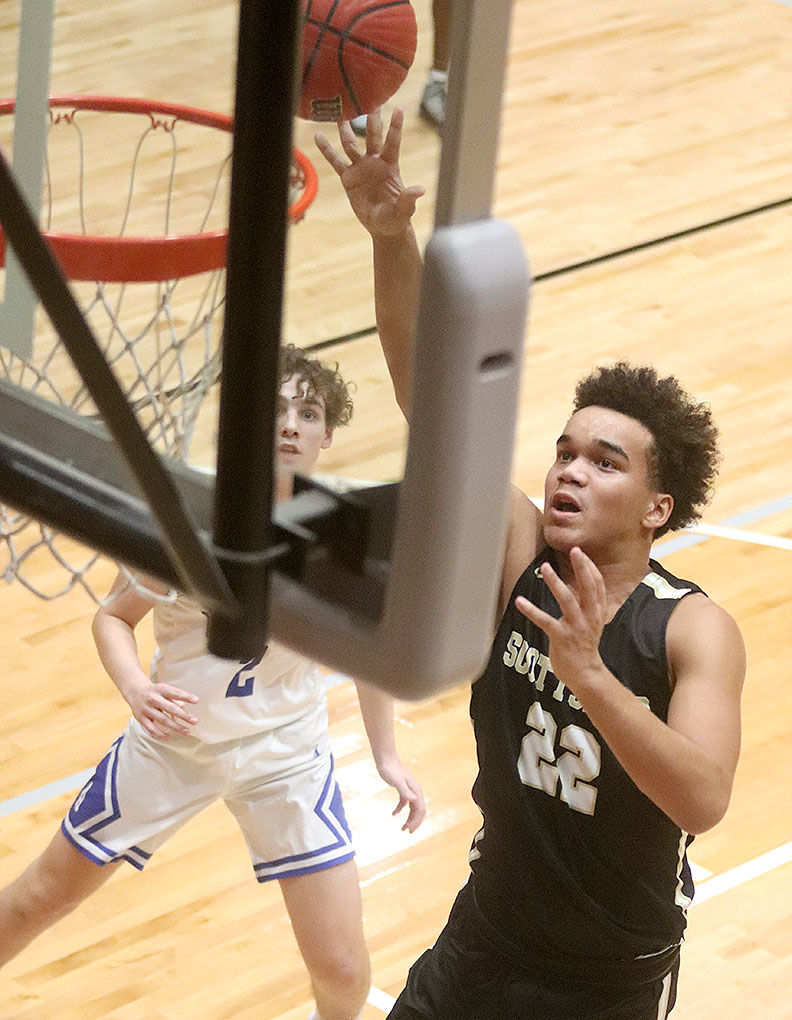 Jordan Davis (22) scores a basket during Scottsboro's 42-36 overtime loss to Arab in the Class 5A Area Tournament. 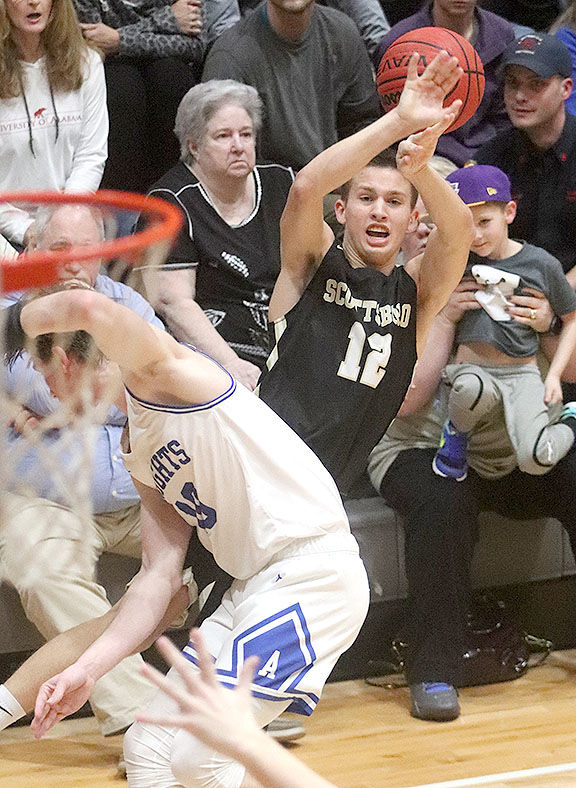 Scottsboro's Butler Bell (12) draws a foul while shooting a 3-pointer against Arab.

Jordan Davis (22) scores a basket during Scottsboro's 42-36 overtime loss to Arab in the Class 5A Area Tournament.

Scottsboro's Butler Bell (12) draws a foul while shooting a 3-pointer against Arab.

The Scottsboro varsity boys basketball team did everything it could to keep its season alive.

The Wildcats played well defensively. They held their own in rebounding against a taller team. They took care of the basketball.

But unfortunately for Scottsboro, it endured one of its toughest shooting nights of the season.

The third-seeded Wildcats struggled with their shooting touch and suffered a 42-36 overtime loss to second-seeded Arab 42-36 in the Class 5A Area 15 Tournament semifinals Tuesday night at Guntersville High School.

“We did a lot of good things, but at the end of the day, we didn’t make shots,” said Scottsboro head coach Kenny Hill. “We just couldn’t score the ball. Couldn’t make open looks, took some uncharacteristically bad shots, rushed shots, at times. That was difference in the game. Arab got what it needed, for us to not make the outside shot. It was just a bad night to be ice cold.”

Arab (18-9) advanced to play top-seeded Guntersville, a 77-40 winner of fourth-seeded Brewer in Tuesday’s other semifinal, in the area finals on Friday (7 p.m.).

Scottsboro’s season ended with a 17-13 record.

After splitting their regular-season series, neither Scottsboro nor Arab got much going offensively the first three quarters. Arab led 8-7, 15-13 and 19-17 at the quarter breaks.

The Knights stretched their lead to 28-24 on Kent Tyler’s putback with 4:35 remaining in regulation, but Scottsboro then surged in front. Butler Bell sank all three free throws after being fouled on a 3-pointer, and B.J. Harris swished a trey two minutes later to give the Wildcats a 30-28 advantage, their first lead since early in the second quarter.

Harris and Jordan Davis both sank a pair of free throws inside the final 42 seconds to give Scottsboro a 34-31 lead, but Arab’s Ed Johnson made highly-contested 3-pointer with 10 seconds left to tie the game. Scottsboro then missed a 3-pointer as regulation ended.

Scottsboro took a 36-34 lead 51 seconds into overtime on Harris’ basket, but the Wildcats didn’t score again while Arab scored all eight of its overtime points at the free-throw line. Trailing 37-36, Scottsboro missed twice with just under 30 seconds remaining, then missed a tying 3-pointer with 16 seconds remaining.

Scottsboro loses one senior, Bell, from its roster as it makes the move to Class 6A next season.

“He’s always been a hard worker and done all the right things, all the little things,” Hill said of Bell. “I hate that he got injured (and missed nearly two months of the season). If it wasn’t for the injury, he’d be a 1,000-point (career) scorer. He personifies what a Scottsboro student-athlete is. I’m proud of him.

“We’ve got a good nucleus coming back. Guys have to be willing to work, be willing to be coached, and do whatever it takes to get better. We can be really good next year, even though we’re moving up to 6A, but you’ve got to work, and generally the kids that play are hard workers.”