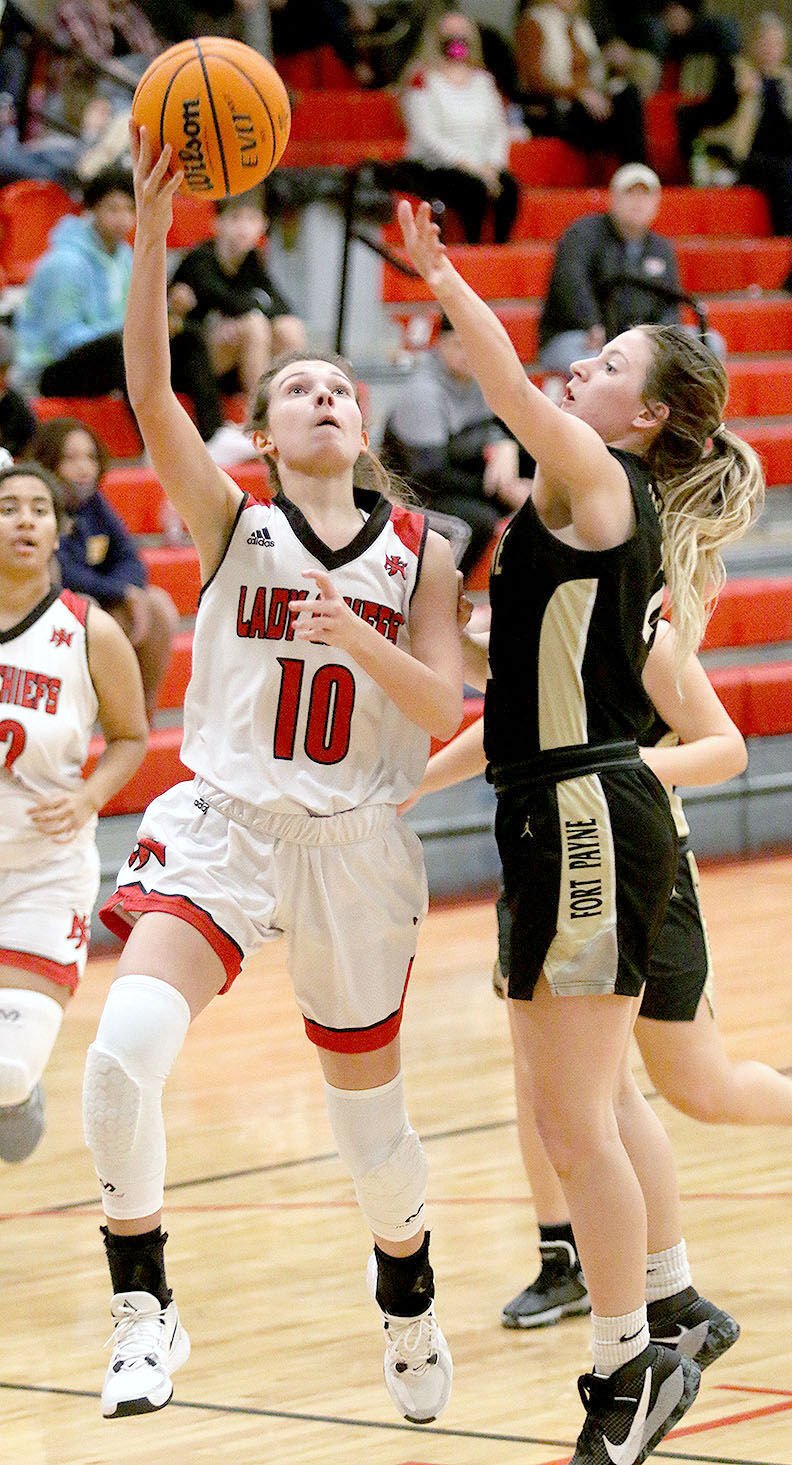 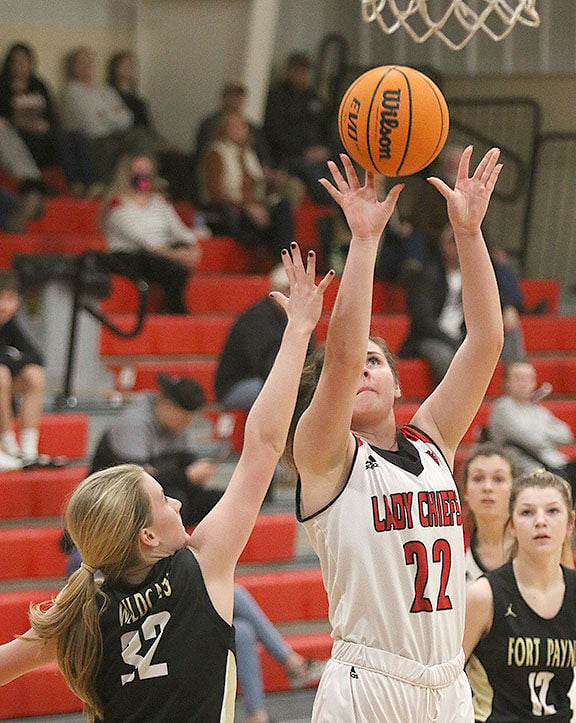 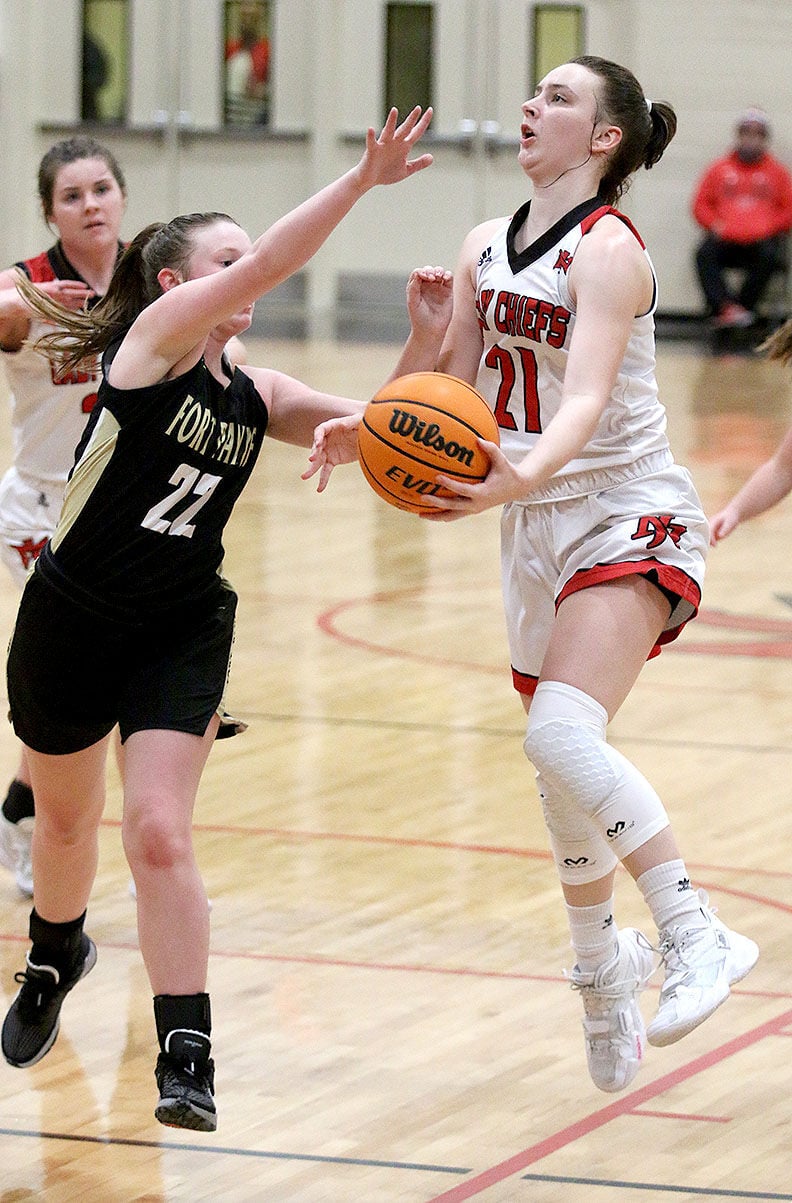 North Jackson's Summer Varnum (21) draws a foul on Fort Payne's Abby Boatwright as she goes in for a layup.

North Jackson's Summer Varnum (21) draws a foul on Fort Payne's Abby Boatwright as she goes in for a layup.

With his team mired in a three-game losing streak and tied with Fort Payne at halftime, North Jackson coach Tony Brown cut right to the chase with his players at halftime.

I’ve got four seniors that played almost the entire time last year and a lot of players are back,” Brown said of players who helped the Chiefs win a school-record 19 games a year ago. “I challenged them at halftime, told them it was time to start playing like they did last year.”

Class 4A No. 4-ranked North Jackson (5-4) responded the way Brown hoped, dominating the final two quarters for a 64-39 win over the visiting Class 6A Wildcats Monday night at North Jackson High School in Stevenson.

The Chiefs limited Fort Payne to only four second-half field goals while outscoring the Wildcats 39-14 over the final two quarters.

“I told them at halftime I needed to see tough defense (in the second half),” Brown said. “We changed back to the press, got after it, got some steals, that put us up. I felt like we started working better offensively once we opened the game up a little bit.”

North Jackson opened the second half with a 12-2 scoring run, taking a 37-27 lead after the first of Tyra Smith’s four second-half 3-pointers. Fort Payne made back to back shots to pull within 37-31 with 2:20 left in the third quarter, but the Wildcats managed only one more field goal over the game’s final 10:20.

North Jackson carried a 42-31 lead into the fourth quarter before stretching its advantage to 53-33 on Smith’s trey with 3:47 remaining. The Chiefs’ largest lead was 25.

“I was proud of the second-half effort,” Brown said. “Losing can become a habit. I told them this half, we’ve got to change this. We’ve got a chance to win a lot of games, to be a good team. They decided they want to be that. That group of seniors, and all the way down to the sophomores, they don’t like to lose.”