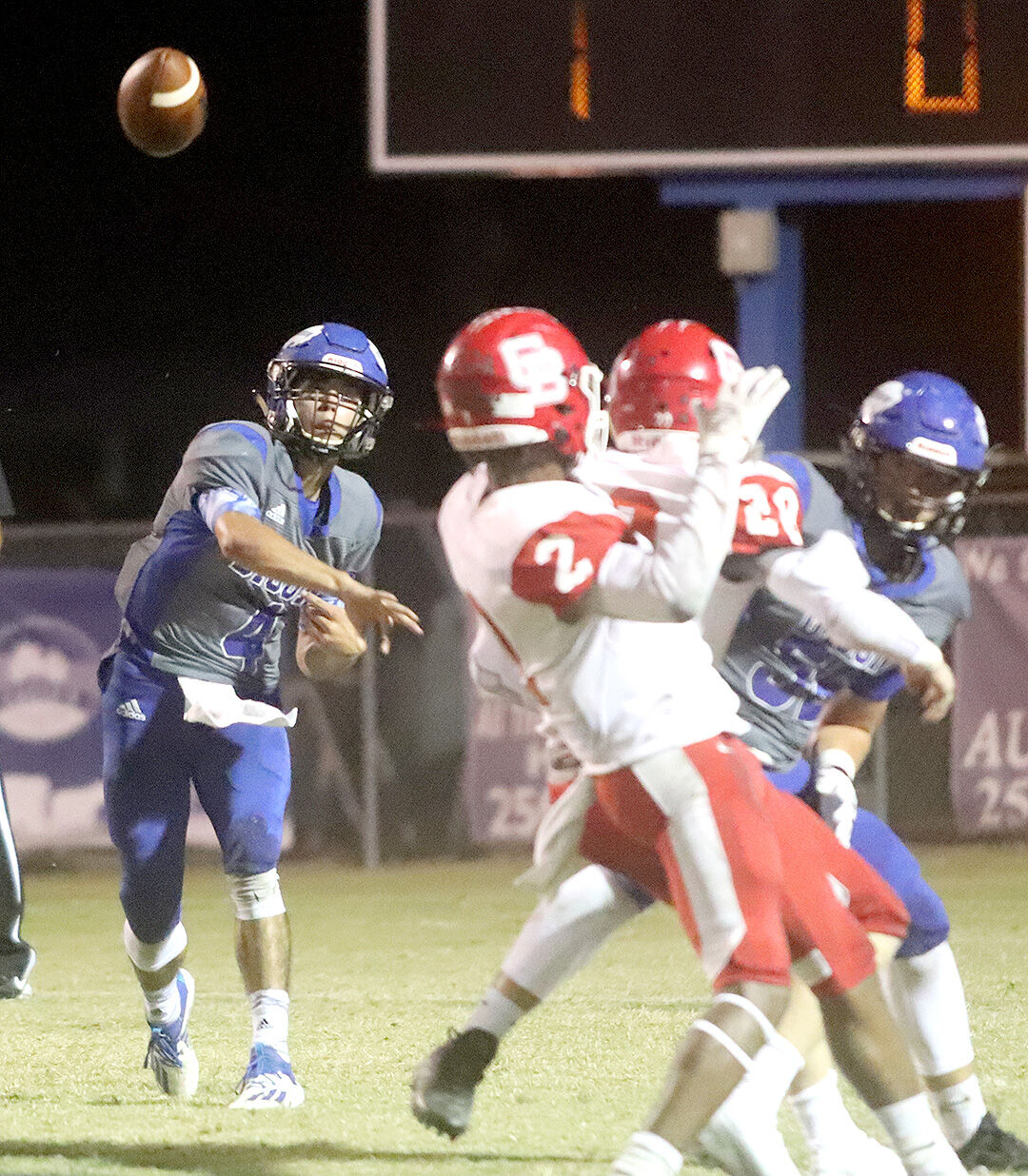 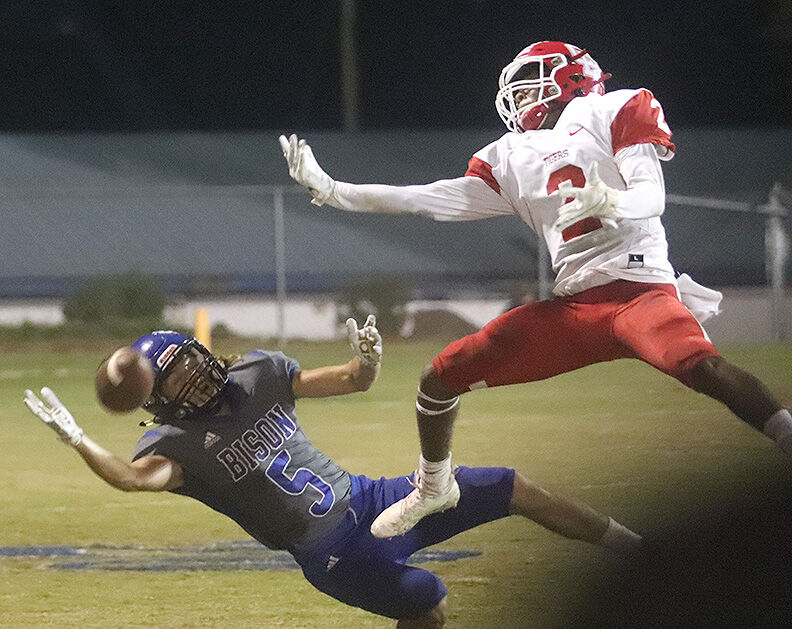 NSM's Derek Bearden tries to make a catch while falling down as Cedar Bluff's Anbre Leeks covers him.

NSM's Derek Bearden tries to make a catch while falling down as Cedar Bluff's Anbre Leeks covers him.

It wasn’t the prettiest of wins, but a win is still a win.

Class 2A, 10th-ranked North Sand Mountain (NSM) improved to 5-0 Friday night, in Higdon, by defeating Cedar Bluff 28-7. The only other time NSM started 5-0, head coach Keith Kirby was a junior.

“We’ve got to get better,” said Kirby following the game. “But it’s always better to figure out the problems after a win.”

Kirby’s offense sputtered through the first quarter and even first half.

“We’ve got to do a better job starting games,” he said. “Our defense kept us in the game early.”

NSM’s first three possessions resulted in two three and outs and a fumble. The defense, though, kept Cedar Bluff in punt mode as well.

The scoring started late in the second quarter. NSM needed five plays to cover 64 yards. Bell connected with Jakob Kirby for a 29-yard completion, and then hit Mason Smith for a 24-yard touchdown. Bell’s PAT gave NSM a 7-0 lead with 4:11 in the quarter.

Cedar Bluff answered right back, marching 64 yards, too. Quarterback Jacob Burleson connected with Alexander Leek on a 21-yard touchdown. James Clifton kicked the PAT to tie the game at 7-7 with :39.9 left in the half.

A short kickoff gave NSM a shot at taking a halftime lead, and the Bison cashed in the opportunity.

Bell hit Derek Bearden for 31 yards, ran for eight yards and then found Blake Hill for a 17-yard touchdown with 7.2 seconds left. Bell kicked it to 14-7 at halftime.

The Bison threatened again in the quarter, driving from their own five-yard line to the Cedar Bluff two-yard line. But on fourth and goal, Bell came up a yard short.

NSM got its long touchdown in the fourth quarter after Bearden intercepted a pass at his own one-yard line.

The Bison needed six plays to cover 99 yards. Luna had runs of 31 and 24 in the drive before Bell connected with Kirby for a 16-yard touchdown. The PAT failed, but NSM led 28-7 with 3:17 left in the game.

Cedar Bluff drove to the NSM three-yard line to end the game.