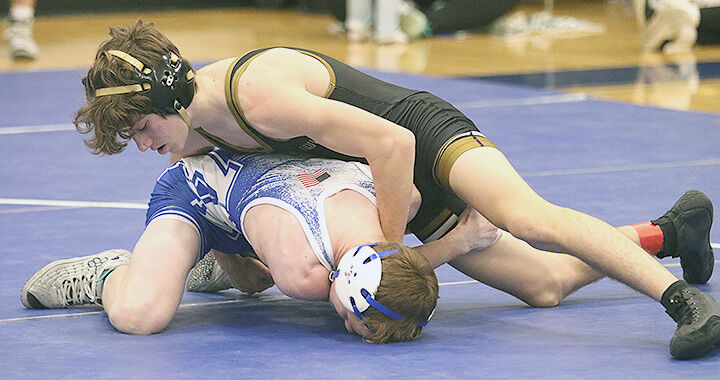 Scottsboro's Cole Synder (top) controls his match with Arab's Jaxon Ivey during the teams' state quarterfinal duals match at Arab. Synder avenged a loss to Ivey in the region duals with a win via a 5-2 decision. 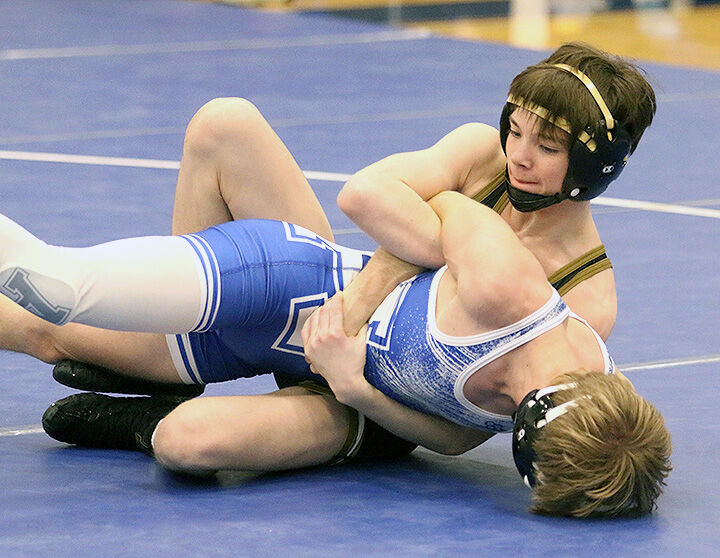 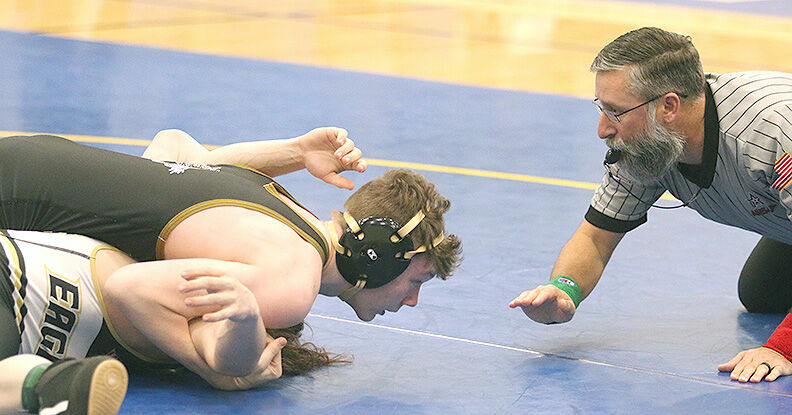 JJ Ake gets the pin to win his 170-pound weight class match during Scottsboro's 43-24 win over Athens in the first round of the Class 5A-6A State Wrestling Duals Thursday night.

The Scottsboro wrestling team’s bid of a state duals title came to an end at the hand of a rival.

The loss followed Scottsboro’s 43-24 Round 1 win over Athens earlier Thursday.

Scottsboro had to forfeit four matches due to missing four starters because of illness.

“We had some kids out, but right now, (Arab is) a better team than we are. That’s just fact,” Staton said. “(Arab) wrestled well. I think we wrestled better in some spots down low (in the weight classes). We’ve got to pick it up in our middle weights and upper weights. We let one slip away at heavy (weight) we could’ve won. Overall, I think the kids gave decent effort. Right now, we’re just giving up too many decisions up top to compete with them.”

Against Athens, Scottsboro started the dual with JJ Ake pinning his Athens’ opponent in the 170-pound match.

“Cole Synder’s filling in for us and had a couple of wins. That was a big win for him against (Jaxon) Ivey from Arab. He’s coming along,” Staton said. “A lot of the younger kids are coming along. A lot of these kids we’re starting are eighth- and ninth-graders. I think if we keep developing these kids, hopefully in a year or two we’re coming out on the other side of these matches we’re dropping.”

Scottsboro now turns its attention toward preparing for sectionals and the traditional state tournament.

“It’s winding down, got (three regular-season events) left,” coach Staton said. “Our practices will get shorter but our intensity will increase. Still not where we need to be conditioning wise, hopefully use that time to get there.”