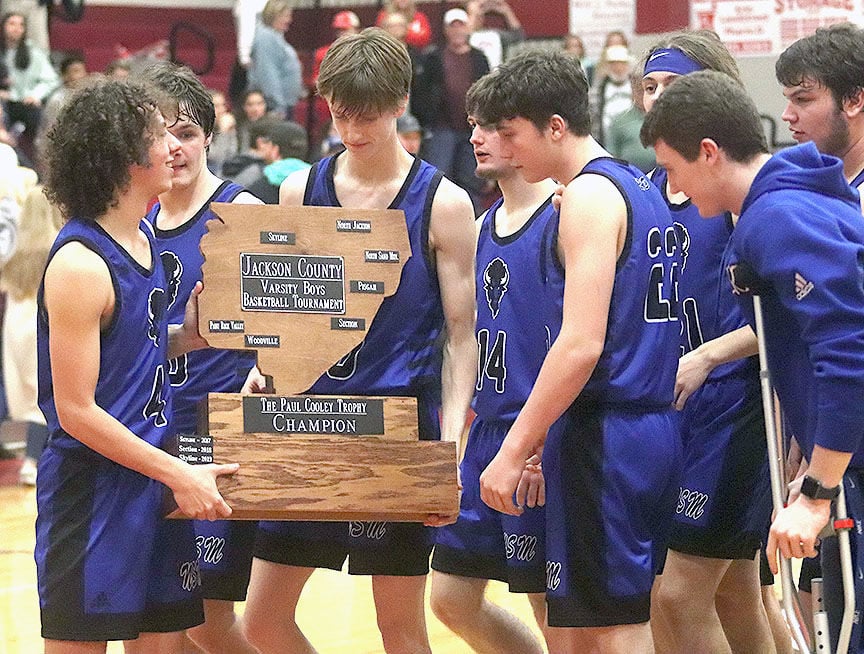 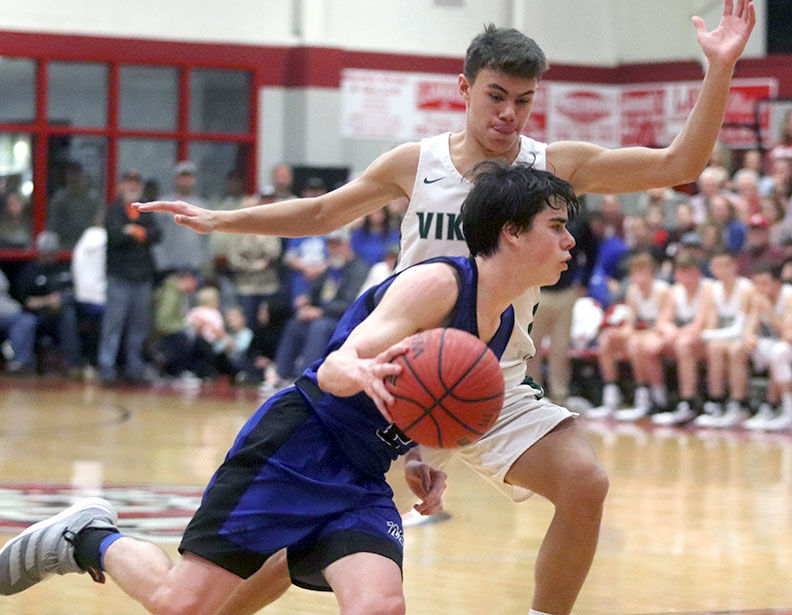 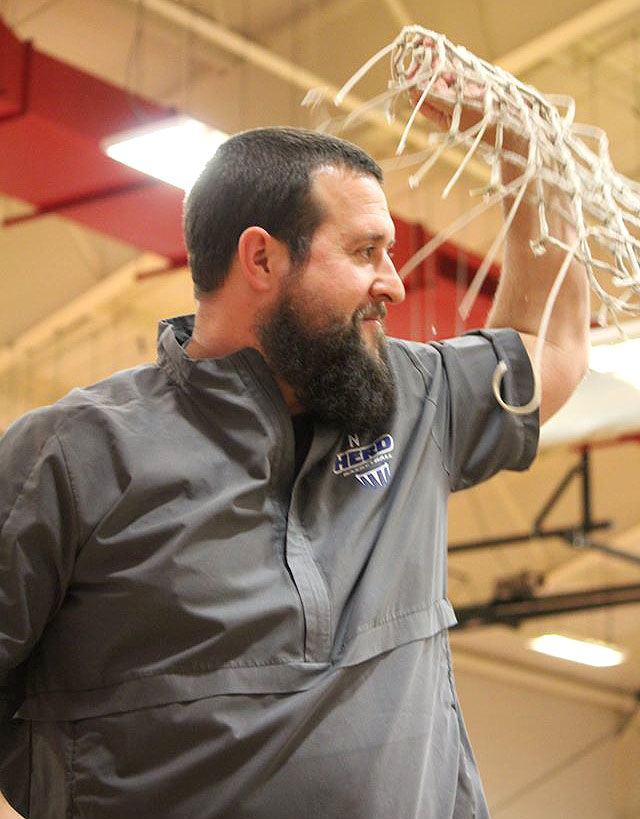 The North Sand Mountain varsity boys basketball team got to party like it was 2009.

The second-seeded and Class 2A No. 5-ranked Bison raced out to a big lead and fended off top-seeded and 1A No. 2 Skyline to win the 2020 Jackson County Tournament championship 91-78 Saturday night at Pisgah High School.

It was NSM’s 11th all-time county championship but the first since 2009.

“That’s a long time for a traditional program,” said NSM head coach Cole Hicks. “It’s coming back to where it belongs, at least for a year I’m proud these guys.”

Hicks became just the second coach to win county championships at two different schools (North Jackson in 2015 and 2016 and NSM in 2020). The other is Skyline head coach Ronnie McCarver, who has nine titles during his tenures at Section and Skyline.

The Bison’s title game win came 24 hours after it rallied from a 24-point first-half deficit and a 17-point halftime deficit to defeat third-seeded Section 90-78 in the semifinals.

“This is how we play,” Hicks said “There’s going to be halves and quarters that you don’t shoot well, and you still have to believe in your defense. Our guys have bought into that. What they’re realizing is defense creates our offense. They’re never going to quit.”

Tournament MVP Luke Maples led NSM (16-6) with 26 points while fellow all-tournament selections Derek Bearden had 21, Russ Marr had 15 and Jared Beasley had 12.The Bison also got eight points from Kaleb Helton and seven from Drue Carlton.

The script was flipped for NSM in the finals, as it was the team that raced out to a 24-point first half lead. The Bison, who never trailed, finished the first quarter with a 15-0 run and took its largest lead at 40-16 on Marr’s 3-pointer with 5:34 left in the second quarter. NSM led 54-32 at halftime after a red-hot shooting first-half in which it also forced 13 Skyline turnovers.

“We’re so small and (Skyline is) so big, we had to get it into an up and down game. The start we had made it where the game was played our way,” Hicks said. “We talked in the locker room that the tables are turned. Now we had a lead we had to take care of. Skyline does such a good job, has some great players, and they’re about to go deep in the playoffs. We knew it would be tough (in the second half). Glad of the way we played.”

“They were on fire,” McCarver said. “I think our guys thought we could just come in here and not do anything and just win the game. They’re just a lot better than us right now.”