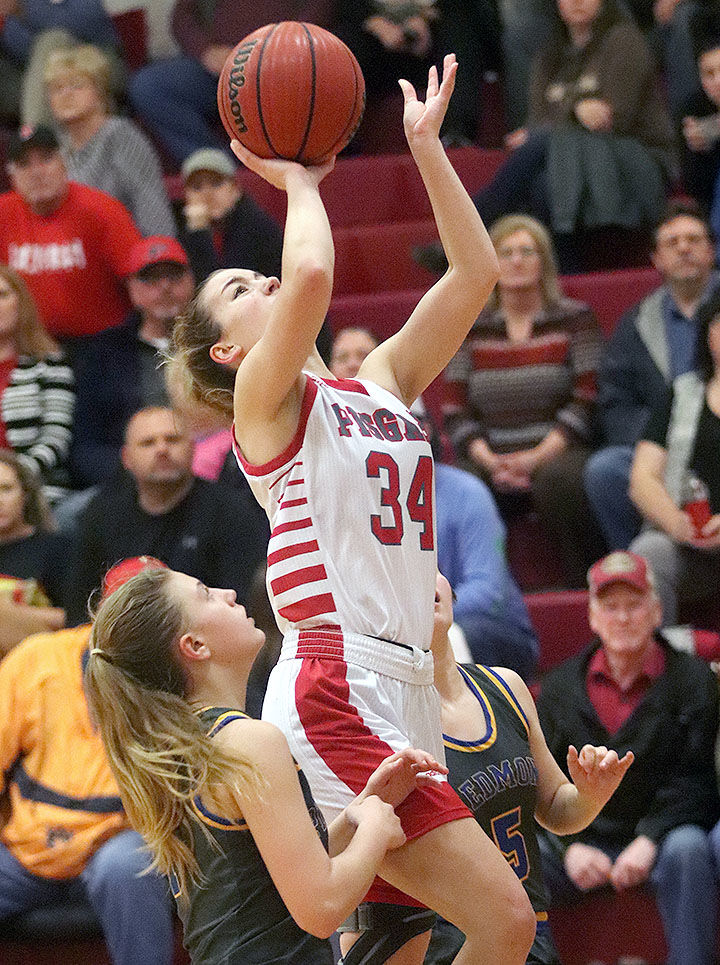 Chloe Womack goes up for a bucket during Pisgah's 77-37 Class 3A sub-regional win over Piedmont. 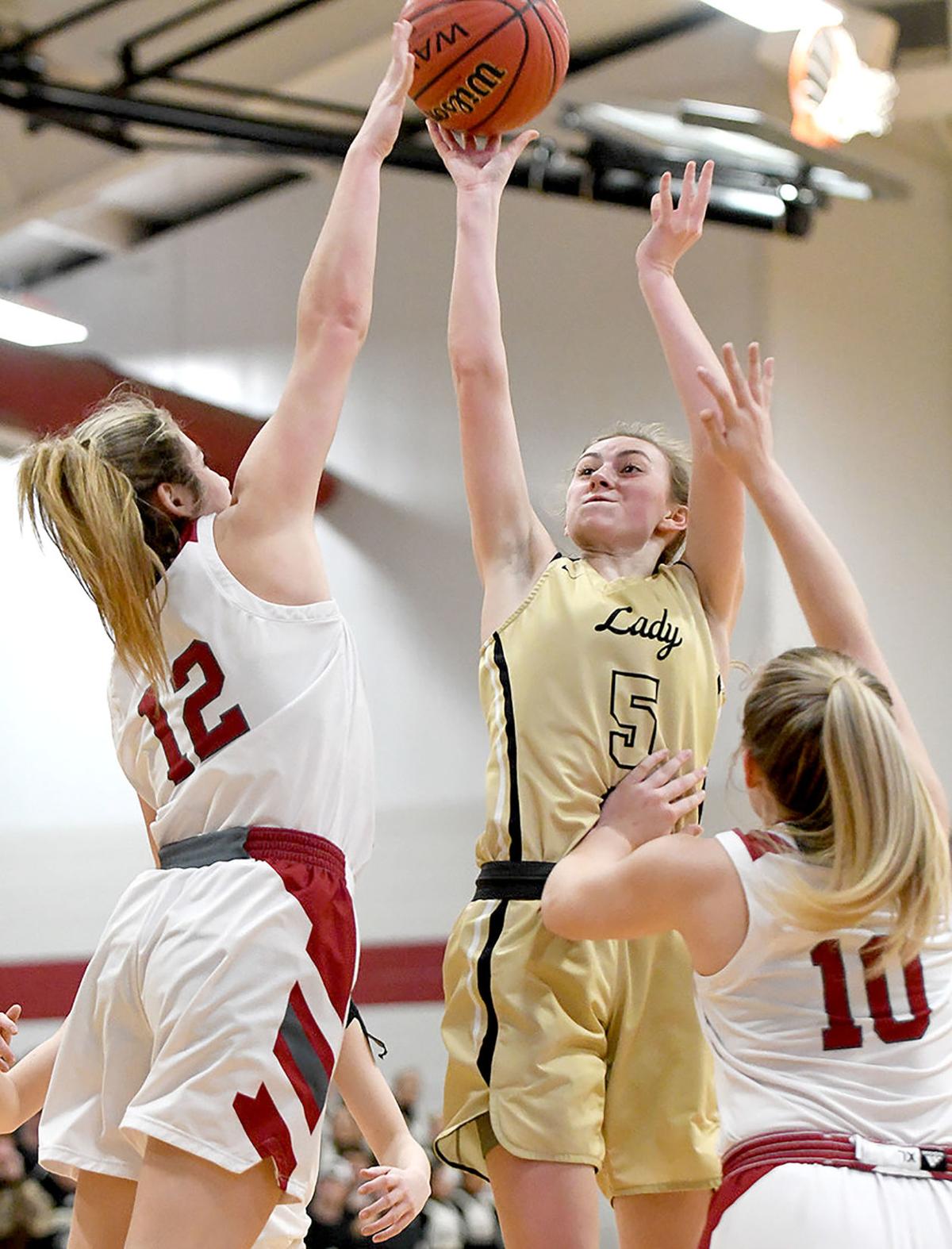 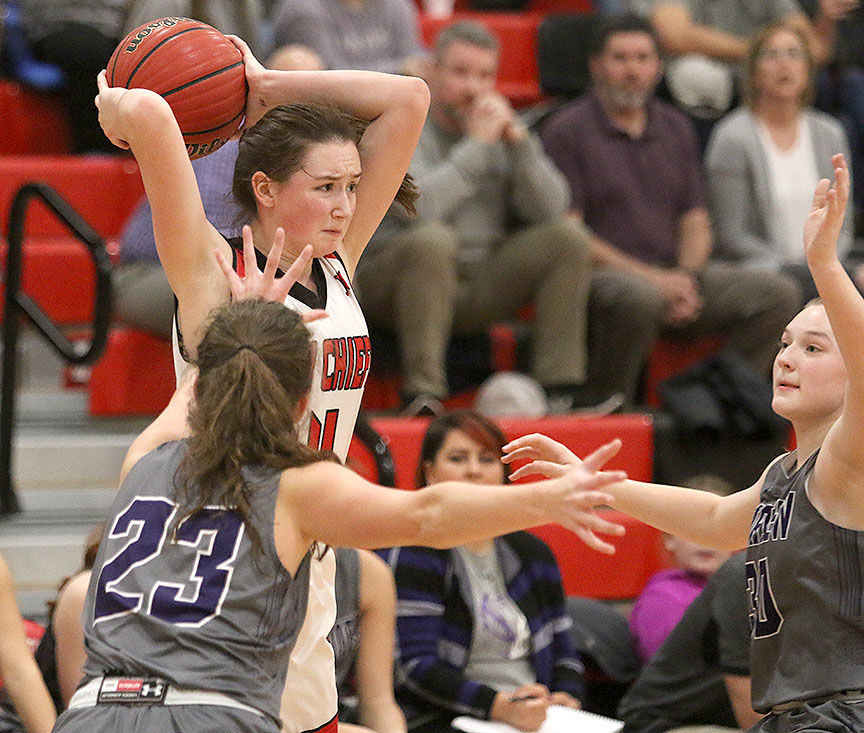 North Jackson's Sarah Morgan passes to a cutting teammate against Fairview in the Class 4A sub-regionals. 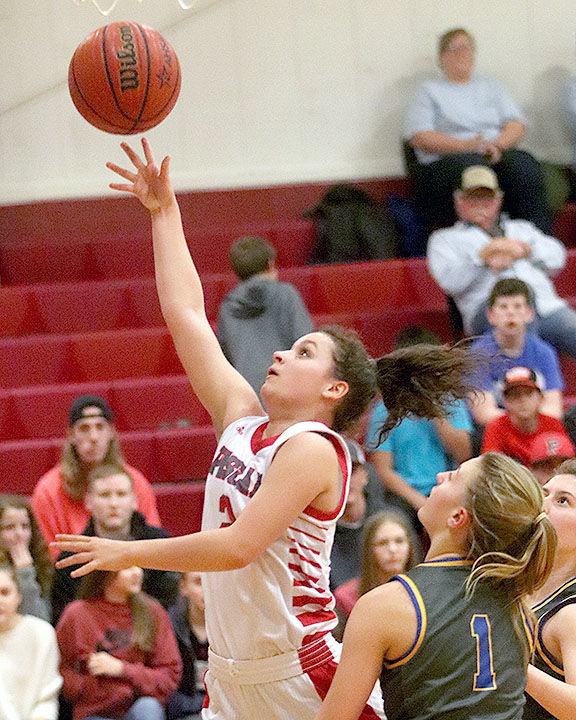 Kallie Tinker gets by Piedmont defenders for a layup in Pisgah's 77-37 win.

Chloe Womack goes up for a bucket during Pisgah's 77-37 Class 3A sub-regional win over Piedmont.

North Jackson's Sarah Morgan passes to a cutting teammate against Fairview in the Class 4A sub-regionals.

Kallie Tinker gets by Piedmont defenders for a layup in Pisgah's 77-37 win.

The Pisgah girls basketball team is headed back to familiar territory.

The No. 2-ranked Eagles soared to a 29-point lead after one quarter on the way to securing their record 21st appearance in the Northeast Regional Tournament.

Pisgah (27-3), the two-time defending Class 3A state champion, plays No. 6 Midfield (23-8) in the regional semifinals at Jacksonville State University’s Pete Mathews Coliseum at  3 p.m. on Saturday.

The Pisgah-Midfield winner plays the either No. 4 Susan Moore (26-3) or Sylvania in the regional final on Feb. 19.

The Eagles jumped in front of Piedmont 35-6 after one quarter before leading 44-13 at halftime and 63-21 after three quarters.

Skyline 81, R.A. Hubbard 37 — At Skyline, the Vikings will return to Jacksonville State University to defend its Northeast Regional title after cruising past R.A. Hubbard in the sub-regional round on Monday.

The Vikings secured the appearance quickly Monday night, racing out to a 40-16 halftime lead. Skyline led 62-30 after three quarters.

Boaz 49, Scottsboro 44 — At Boaz, Scottsboro’s season came to a close with a sub-regional loss to the host Pirates Monday night.

Lilly Beth Morrison was 6 of 9 from the 3-point arc and finished with a game-high 20 points for Boaz (20-12), which plays Southside in the Class 5A Northeast Regional Saturday morning.

“We just couldn’t get stretched out (defensively) on (Morrison),” said Scottsboro coach Brandon Childers. “She kept shooting from farther back, and what we didn’t think was a good shot was for her. She kind of took over the game.”

“It was a hard-fought game,” Childers said. “Anytime you our-rebound them by eight, you know you’ve played hard. At the end of the day, we just didn’t make enough shots. I thought Carley played really well, did everything she could do to give us a chance. We lose three good seniors, Carley, Dailey (Dudley) and Madison. We’ve got seven or eight kids coming back (next season) that have a good bit of experience.”

Fairview 69, North Jackson 52 — At Stevenson, visiting Fairview ended No. 4-ranked North Jackson’s season in the sub-regional round for a second straight season.

North Jackson (19-9), which closed with a school-record for wins, led 9-6 after one quarter before Fairview surged in front 33-26 at halftime. The Chiefs, who committed 32 turnovers, were outscored 21-11 in the third quarter and trailed 54-37 entering the final frame. North Jackson never got closer than 12 in the fourth quarter.

“I thought we played hard from start to finish. We just made a little too many mistakes. And Fairview, they took advantage of our mistakes. We just did not handle their press very well. We didn’t move very well, so that got us in trouble, got us behind,” said North Jackson head coach Tony Brown. “Proud of the seniors, the way they led the team. Challenged the underclassmen to come back and try to break the 19 wins and lets work harder and beat people like Fairview…good nucleus coming back. The future looks bright.”

Payton Golden scored a game-high 19 points while Katie Ball had 16 and Maddie Yeager 11 for Fairview, which advanced to play No. 3 Anniston in the Northeast Regional on Feb. 17.