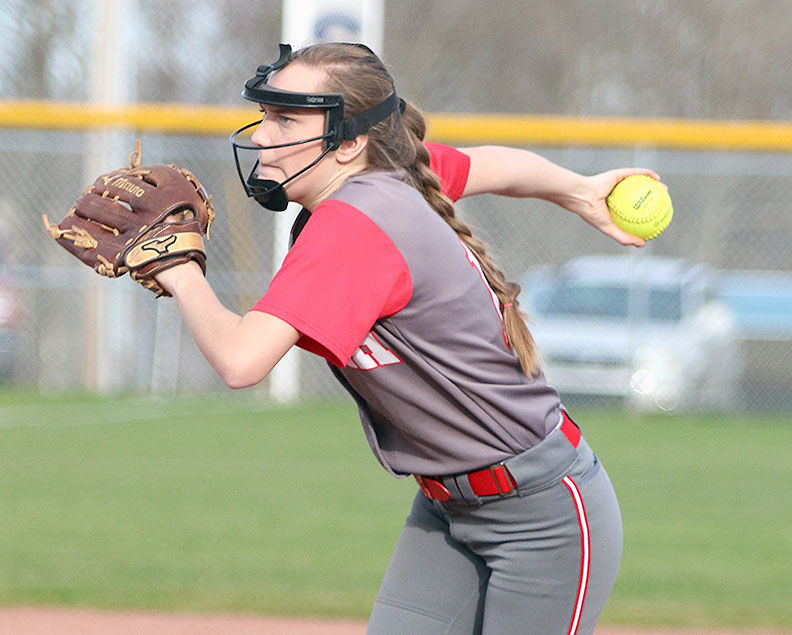 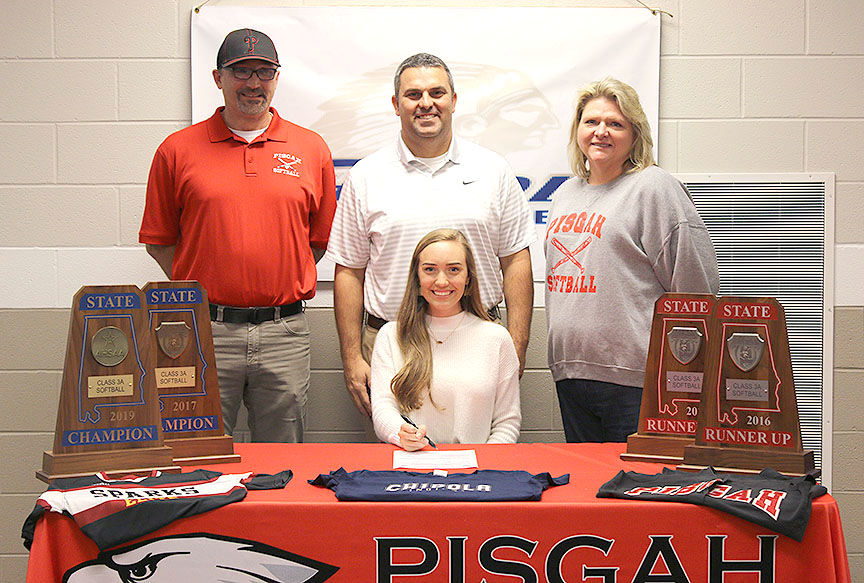 When Chipola (Florida) Community College coaches began recruiting Pisgah pitcher Leigha Kirby, they asked her head coach what her strength was in the circle.

“She wins,” replied Pisgah head coach Billy Duncan. “She finds a way to win when you put her in the circle.”

Kirby has helped Pisgah do a lot of winning during a high school career that has included two state championships and four state finals appearances.

It is something she will try to help Chipola do when she joins the program for the 2021-22 seasons. Kirby officially signed with the Marianna, Florida school during a signing ceremony Dec. 16 at Pisgah High School.

Kirby committed to Chipola earlier this year over offers from Chattanooga State and Northwest Florida State.

“It just felt like home,” she said of Chipola. “I had a few other offers, but I was pretty sure about (the decision).”

Kirby has played varsity softball for the Eagles since she was a seventh-grader. A consistent contributor in the circle since her eighth-grade season, Kirby enjoyed her best campaign last spring. She went 24-6 with two saves in the pitching circle, posting a 3.01 ERA and recording 180 strikeouts in 177 innings pitched on the way to earning Class 3A second-team all-state honors from the Alabama Sports Writers Association.

Kirby and Duke commit Kennedy Barron form what Duncan called “one of the best 1-2 (pitching) punch that we’ve had.” Both pitcher were second-team all-state selections a year ago.

“The two of them rely on each other, they make each other better and they know the rotation, know they’re sharing innings because they know it makes us a better team,” Duncan said.

Kirby said she was “glad” to finalize her college softball future before the start of her senior season that “hopefully” ends with “another state championship.”

Duncan expects Kirby to close out her Pisgah career on a strong note before excelling at the collegiate level.