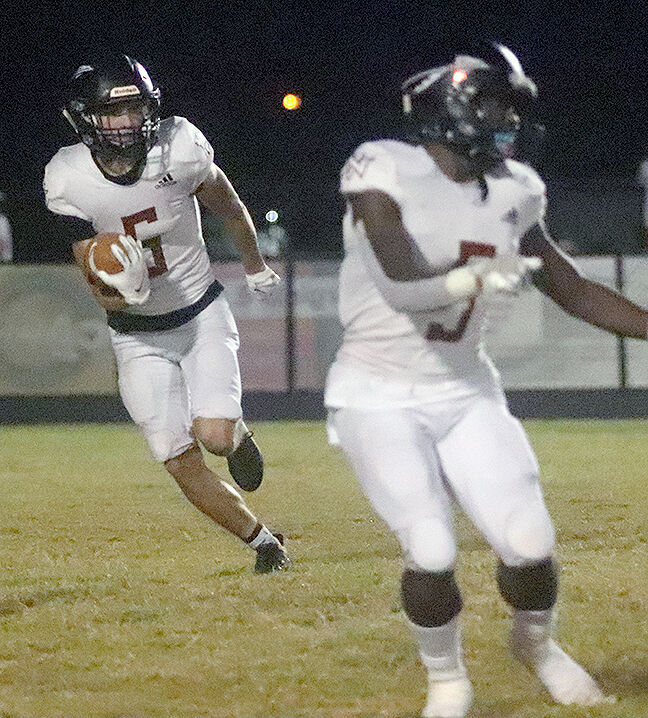 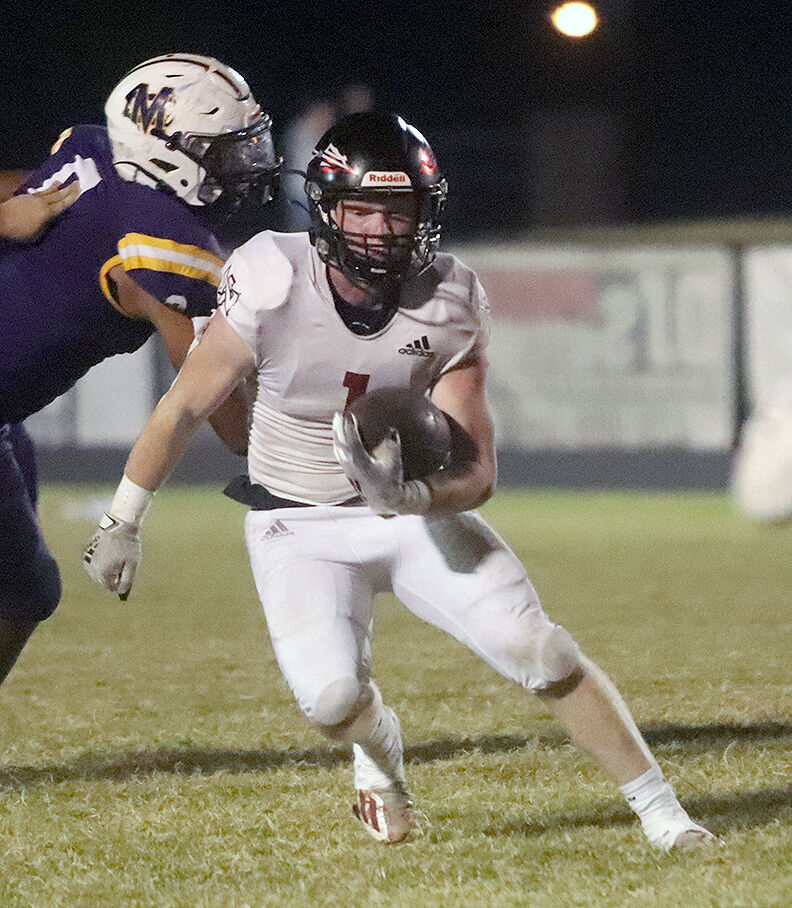 Macklin Guess (1) had a 5-yard touchdown run for North Jackson during its 20-15 win at Madison County Friday night. 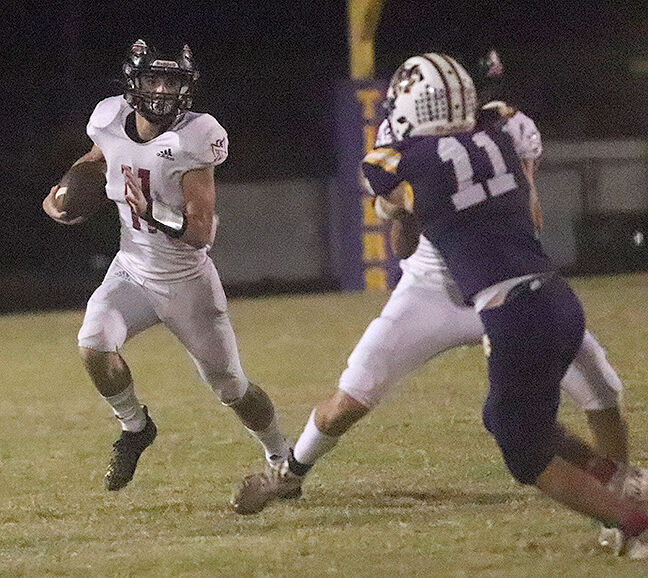 North Jackson's Nick Jernigan (left) had a 64-yard reception that set up North Jackson's last-second game-winning touchdown during its 20-15 win over Madison County.

Macklin Guess (1) had a 5-yard touchdown run for North Jackson during its 20-15 win at Madison County Friday night.

North Jackson's Nick Jernigan (left) had a 64-yard reception that set up North Jackson's last-second game-winning touchdown during its 20-15 win over Madison County.

The North Jackson football team was on the other end of a nail-biting finish this week.

After a last-second loss to South Pittsburg (Tennessee) last week, the Chiefs turned the tables with a last-second win over the own Friday night.

Brady Cunningham hauled in a 7-yard touchdown pass from Dalton Morris with 10 seconds left to lift the Chiefs to a 20-15 win over region rival Madison County in Gurley.

“(This team has) a lot of heart,” said North Jackson head coach Joe Hollis, Jr. “They didn’t give up and kept fighting. I couldn’t be prouder of the assistant coaches and the players. They fought hard, overcame a lot of adversity and we finally finished. We played a full 48 minutes of good football.”

After falling behind 7-0 in the first quarter, North Jackson (3-3, 3-1) pulled to within 7-6 in the second quarter on a 5-yard touchdown run by Macklin Guess. The Chiefs then took a 12-7 lead when Brady Cunningham returned the second-half kickoff 92 yards for a touchdown, his second kickoff return touchdown this season.

Madison County (2-4, 2-2) regained the lead midway through the fourth quarter and got the ball back with 5:14 remaining after getting a stop on defense. But the Chiefs forced the Tigers to punt. North Jackson then got a huge play on first down, as Nick Jernigan caught a deflected Dalton Morris pass and raced 64 yards to the Madison County 3-yard line. Eventually the Chiefs faced a fourth-down play, and that’s when Morris connected with Cunningham for the game-winning score.

“Just a little rub route. We saw (Madison County was) lined up in two-by-two, so went the motion and the guys did a great job,” Hollis said. “Dalton made a great throw and Brady made a great catch.”

Madison County got a long kickoff return to set up a Hail Mary pass into the end zone. The pass was caught but the Tigers receiver was ruled out-of-bounds on the play.

Morris finished 10-of-18 passing for 173 yards and also led the Chiefs in rushing with 43 yards on 15 carries. Cunningham caught five passes for 51 yards while Myron Walton had three catches for 55 yards.

North Jackson’s win sets up a huge matchup next week in Stevenson with Randolph (5-1, 3-1), with the winner grabbing the inside track toward hosting a first-round playoff game. Randolph fell to No. 2-ranked and region leader Madison Academy 42-16 on Friday.

“We achieved our goal, which is to go 1-0 every week,” Hollis said. “We’ve got another opportunity to do that next week. We’re going to enjoy this victory and start work on Sunday for Randolph.”