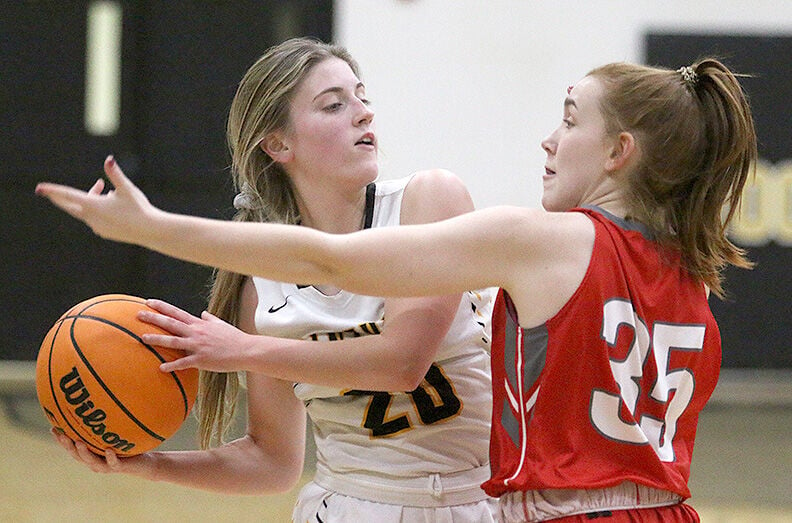 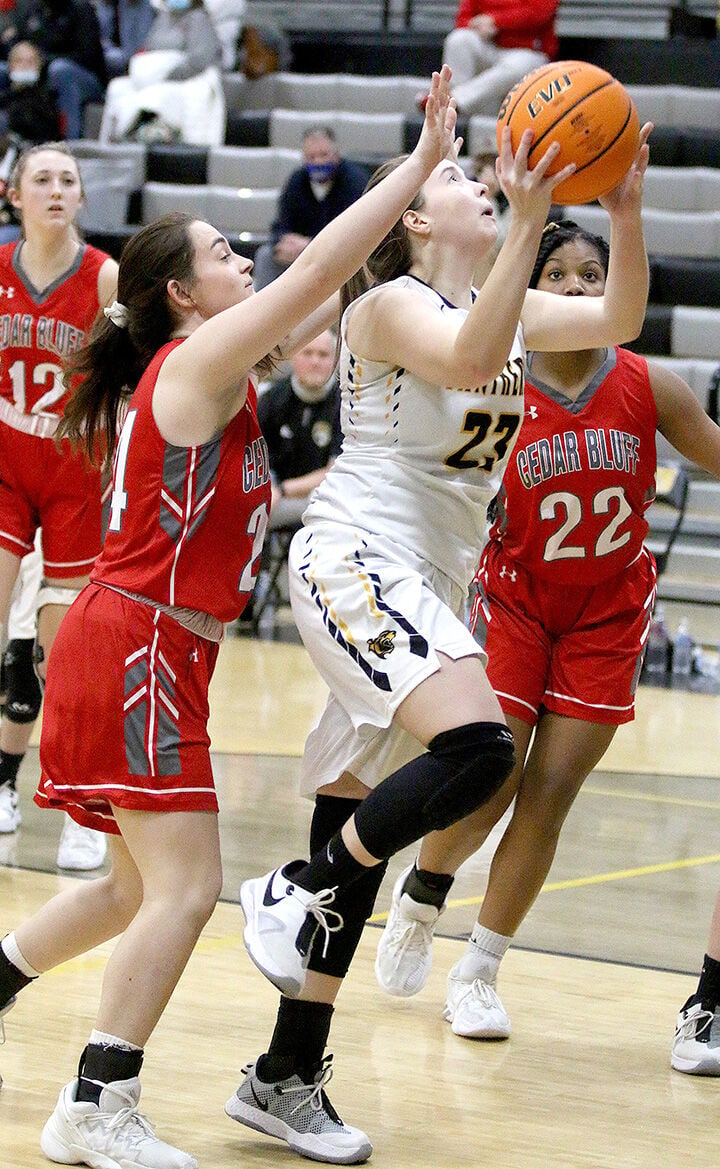 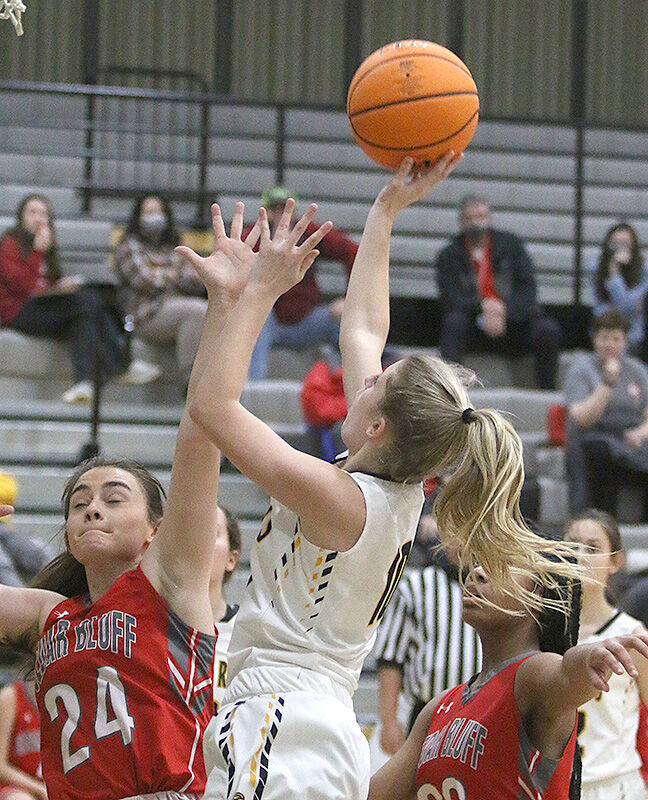 Jessica Sirten goes in for a layup during Woodville's 46-21 Class 1A Area 13 win over Cedar Bluff.

Jessica Sirten goes in for a layup during Woodville's 46-21 Class 1A Area 13 win over Cedar Bluff.

Hannah Vann was a strong defensive player during her high school playing career at North Sand Mountain and in college at Wallace State and Faulkner University.zq

Therefore it’s not a surprise that Vann’s Woodville girls basketball team shares her emphasis on defense.

Woodville put the defensive clamps on visiting Cedar Bluff Thursday night, forcing the Tigers into 20 turnovers and holding them only 21 points during a 46-21 Class 1A Area 13 victory.

“Our defense has gotten a lot better,” Vann said. “We’ve gotten our zone down and we knew where the shooters were.”

Alexis Brown closed with a game-high 23 points for Woodville while Lexi Downey had eight, Jessica Sirten and Michaela Jones had four each, Anna Robertson had three and Karlee Hutchens and Kaley Kennamer both had two.

The first quarter was shaky for both teams, as they combined for 17 turnovers before Woodville carried a 10-5 lead into the second quarter.

The Panthers settled down in the second, scoring points on five of six possessions to start the quarter to build a 21-5 lead. Woodville’s 11-0 scoring run started with the second of Downey’s two first-half 3-pointers and included three baskets in the post from Brown and Sirten’s layup.

“We’ve been working on moving the ball, trying to get open,” Vann said. “We’ve been struggling the last three games, just trying to work the get open and swing the ball. The girls did a good job of that tonight.”

Cedar Bluff pulled to within 22-13 at halftime and trailed 30-18 entering the fourth quarter. But Woodville ended any Tigers’ comeback hopes by holding them scoreless over the game’s final 6:16 to complete it’s a sweep of the teams’ regular-season games.