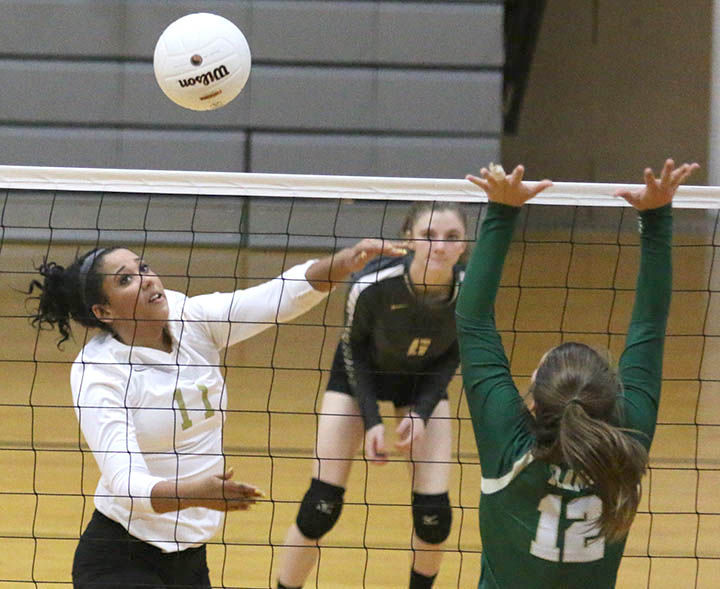 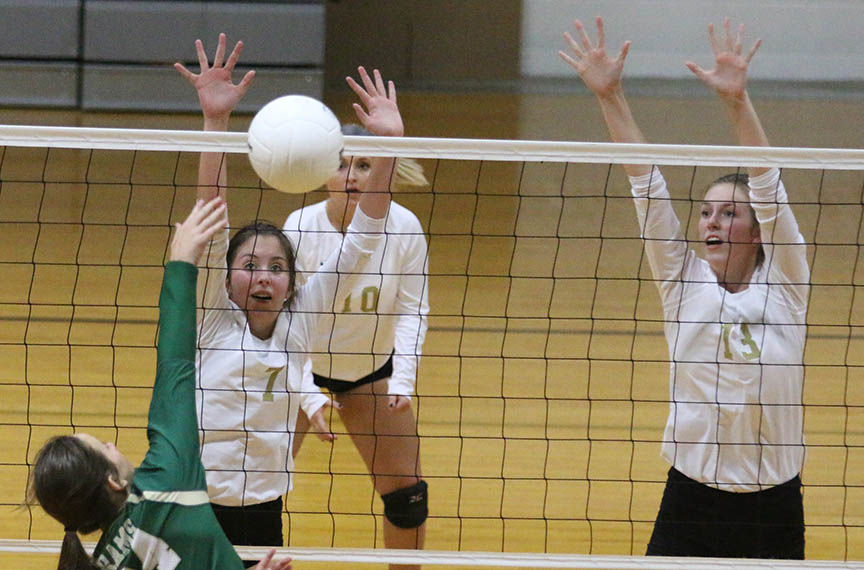 Scottsboro's Megan Vosen (7) and Abby Jones (13) go for a block against Sylvania as teammate Macy Lee looks on during Thursday's win.

Scottsboro's Megan Vosen (7) and Abby Jones (13) go for a block against Sylvania as teammate Macy Lee looks on during Thursday's win.

The Scottsboro volleyball team split a pair of matches on “Senior Night.”

“I felt like we didn’t play the way we are capable of playing against Crossville,” Scottsboro coach Patrick Kritner said. “Against Sylvania we played really well to begin the match, but started to run out of steam as the match went on.”

Against Sylvania in the third game with the score tied 11-all, Scottsboro got three straight service points from Kami Willis to take a 14-11 lead.

After a Sylvania point, Scottsboro sealed the victory on Jones’ kill.

“I am very proud of our seniors and the work they have put in,” Kritner said. “They are a great group of players and I am very happy I have been able to work with them.”