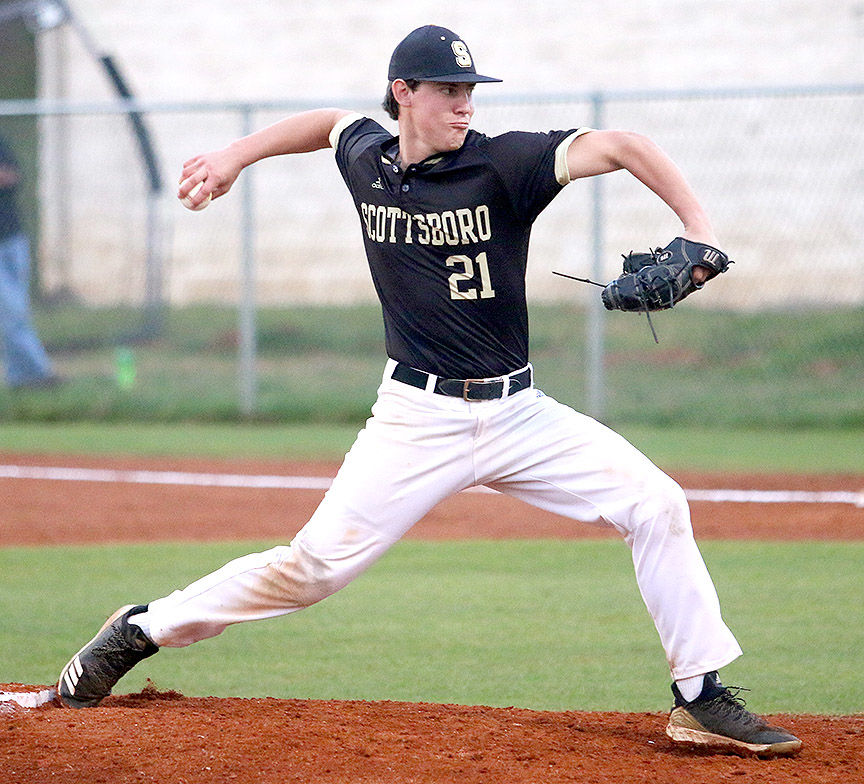 Scottsboro's Riley Bennett slides into second base after eluding a tag attempt from North Jackson's Brandon Poole during Scottsboro's 3-0 win. 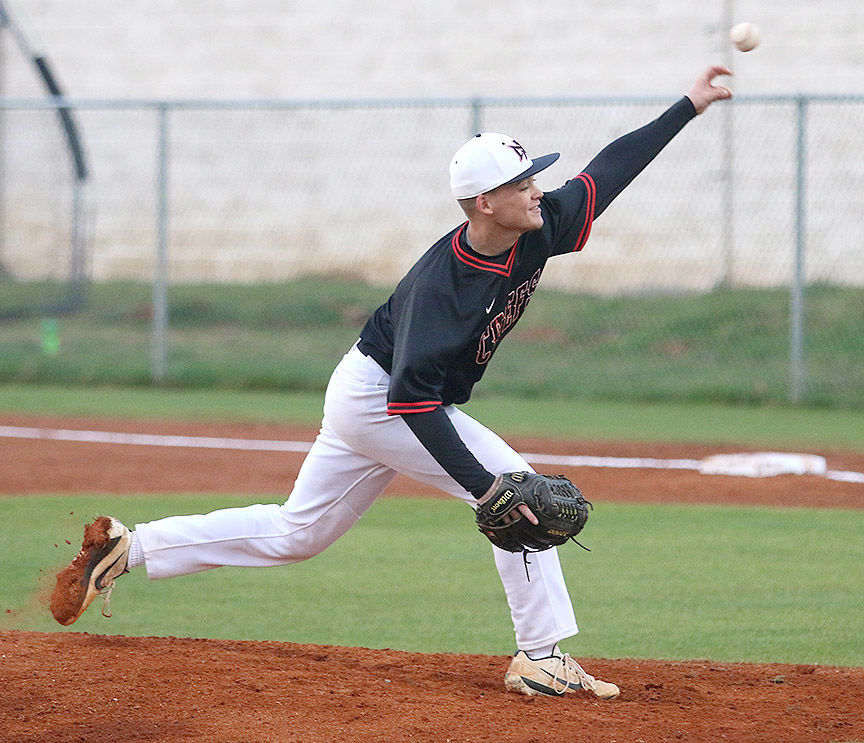 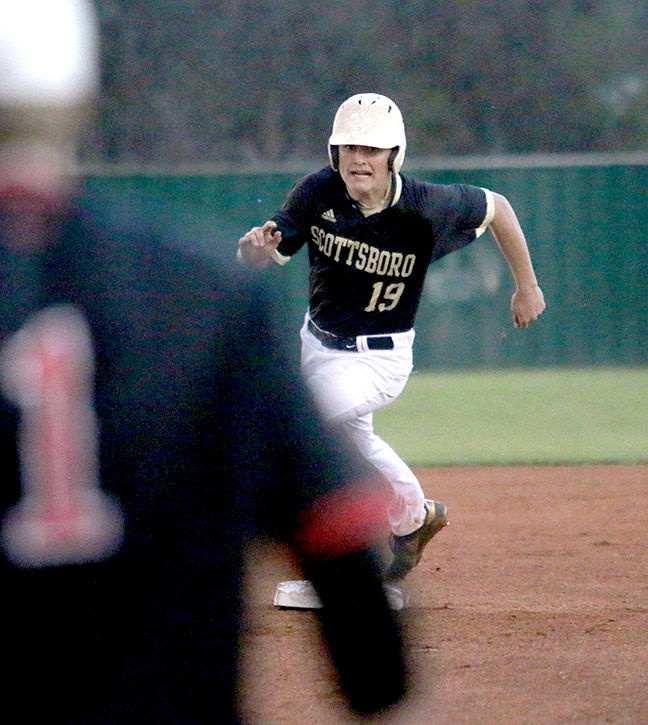 Scottsboro's Riley Bennett slides into second base after eluding a tag attempt from North Jackson's Brandon Poole during Scottsboro's 3-0 win.

Statistically speaking, it is impossible for a baseball pitcher to get a win and a save in the same game.

Scottsboro head coach Blake Talley said the Wildcats’ Christian Herberholz could have been credited for both Monday night.

The Tennessee Tech signee pitched a two-hit shutout and recorded 12 strikeouts to lead Scottsboro to a 3-0 win over archrival and Class 4A No. 3-ranked North Jackson at Stevenson Park.

“He saved us tonight. He was the reason we won this game,” Talley said. “That’s what you get with Christian. He’s going to compete his tail off. That’s one of the best performances I’ve seen in awhile from a pitcher.”

Herberholz improved to 4-0 on the mound this season while pitching his second straight complete game.

“I was just trying to pound the (strike) zone and get ahead early in the count,” Herberholz said. “Sometimes I didn’t do that, but I found away to get back in it and make the pitches I needed to. I knew (North Jackson pitcher John Matthews) wouldn’t give up a lot of runs, so I just had to keep pounding the zone and getting outs.”

Both teams had their aces on the mound. Matthews was dominant as well for the Chiefs, recording 14 strikeouts in a complete game effort. The left-hander gave up three runs on eight hits, one walk and two hit batters.

Scottsboro (9-5) left 10 runners stranded on base, but it did come up with two timely two-out hits.

Montevallo signee Reed Latimer hit a two-run single in the top of the second inning to plate Landon Grider and Lane Pitts — Grider was running for catcher Dalton Wood, who was hit by a pitch, while Pitts doubled — for a 2-0 Scottsboro lead. It stayed that way until the top of the seventh when Camden Matthews singled, went to second on an error in the outfield and his pinch runner Everett Loveless ultimately scored on Riley Bennett’s RBI single.

In between, Herberholz and Matthews dominated the game, striking out batters while snuffing out any opponents’ scoring threats along the way.

“It was kind of what you’d expect with those guys on the bump,” said North Jackson head coach Cole Porter. “I thought John competed his tail off and kept us in the ball game. (Scottsboro) made some clutch hits that you have to give them credit on. The bottom line, Herberholz, he threw it real well. He’s tough. Anytime he’s on the bump, they’ve got a chance to beat anybody. We have not run up against anybody like that all year, and that’s good for us. We needed to see an ace. This is going to get us ready for area (play) and if we take care of business there (for) the playoffs.”

Landon Barnes’ third-inning single and Jody Moore’s fourth-inning double where the only hits for North Jackson (12-2) off of Herberholz, who did not issue a walk but did hit three batters.

“We didn’t swing it well,” Talley said. “We totally got away from our approach at the plate. But credit to (North Jackson’s) pitcher, he threw well and kept us off balanced. Fortunately we did have some timely hits.”