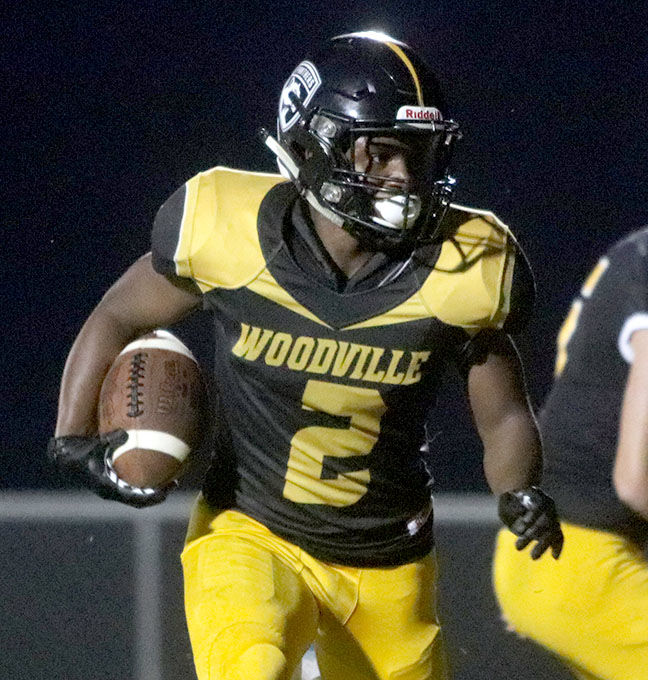 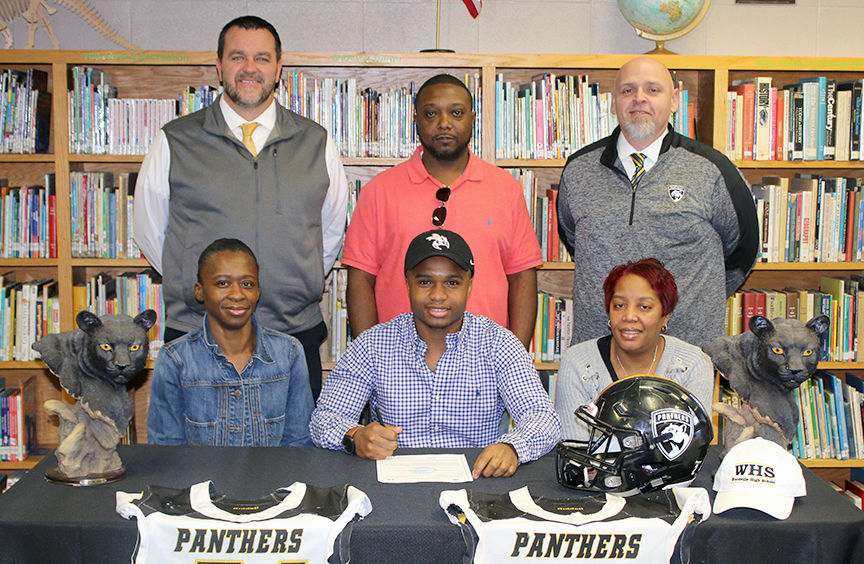 Da’Vion Johnson was quite the playmaker for the Woodville football team the past two seasons.

Now a college football program is expecting him to do the same for them over the next four years.

Johnson has signed to play collegiately for Defiance College of Defiance, Ohio. The running back signed his scholarship papers with the school during a signing ceremony recently at Woodville High School.

Defiance College is an NCAA Division III school that competes in the Heartland Collegiate Athletic Conference.

Johnson was recruited to play the Yellow Jackets’ Run-and-Shoot offense’s “super back” position, which is a combination of running back and receiver.

“I’ll be getting a lot of (action) on read-option plays,” Johnson said.

Johnson said he drew interest from several schools, including UNA, Shorter and Jacksonville State, but a full scholarship to DeFiance was too hard for the future physical therapy/athletic training major to turn down, he said.

Johnson transferred to Woodville prior to the start of his junior year and has been a three-sport standout for the Panthers.

On the football field, Johnson ran for 905 yards and eight touchdowns on 129 carries while catching 10 passes for 226 yards and six touchdowns during his senior season this past fall. He also had two kickoff return touchdowns this season and recorded 28 tackles and a fumble recovery while playing cornerback on defense. As a junior, Johnson totaled 1,182 rushing yards and 14 touchdowns on 202 carries.

Johnson was a Class 1A All-Region 7 selection both seasons.

“When I first got here, I didn’t expect to have the seasons I had. But my junior and senior seasons,” Johnson said, “they were the best times of my life in football.”

Johnson was also a starting guard for the Woodville basketball team the past two seasons and is a sprinter for the Woodville track and field team. He was the 2019 state runner-up in the Class 1A Boys 200-meter dash (23.37 seconds).

Johnson is also already preparing for his jump to the collegiate level.

“I know nothing will come easy for me. Every day, I’m working and training and get stronger,” he said. “Hopefully it turns out well for me in college.”