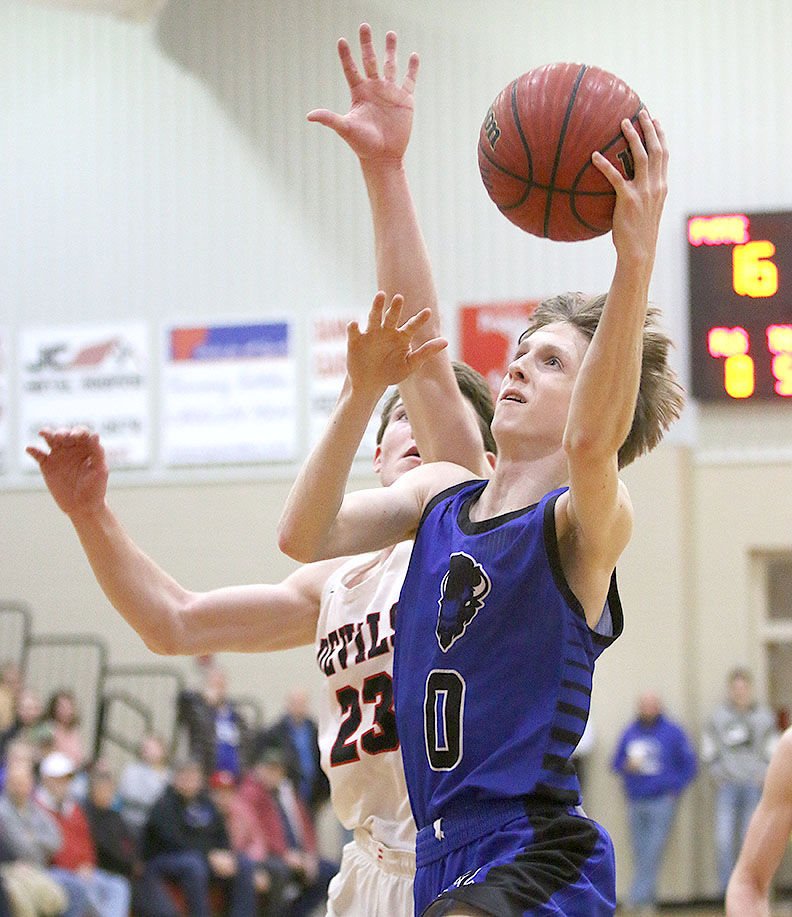 NSM's Russ Marr (0) gets past Fyffe's Parker Godwin for a layup during the Class 2A Area 15 Tournament finals. 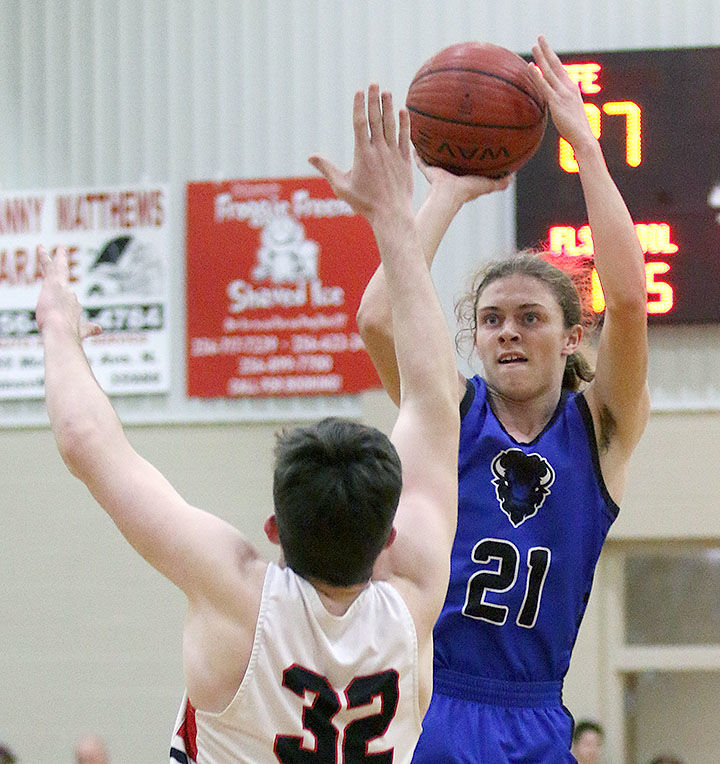 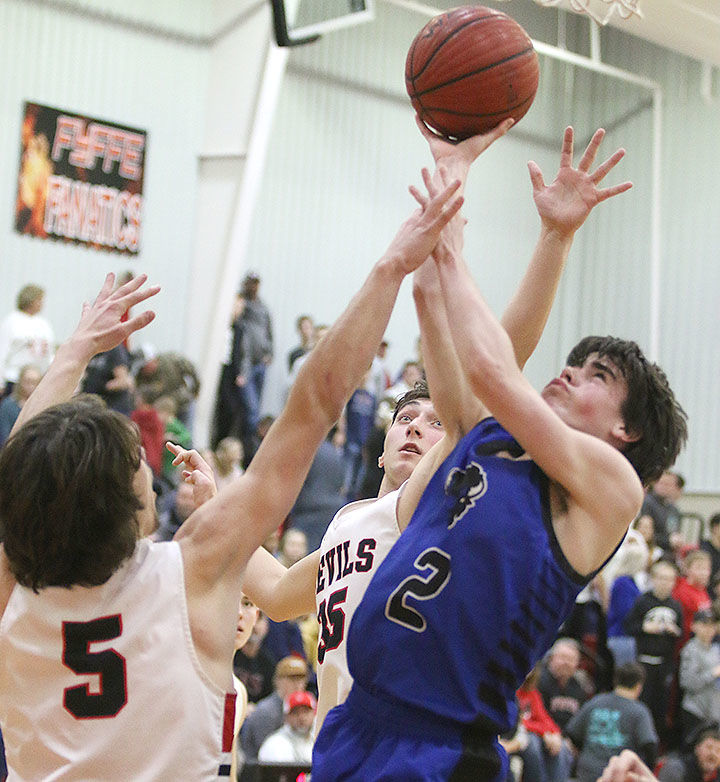 NSM's Luke Maples drives for a basket against Fyffe during the Class 2A Area 15 Tournament.

NSM's Russ Marr (0) gets past Fyffe's Parker Godwin for a layup during the Class 2A Area 15 Tournament finals.

NSM's Luke Maples drives for a basket against Fyffe during the Class 2A Area 15 Tournament.

Two of the state’s top-four ranked teams traded punches for three-plus quarters, meaning the first team to put together a scoring run would likely post the win.

Unfortunately for No. 4-ranked North Sand Mountain, it was No. 2 Fyffe that did so.

The top-seeded Red Devils used a 9-0 run midway through the fourth quarter to grab the lead before holding off NSM the rest of the way for a 71-66 win Friday night in the Class 2A Area 15 Tournament championship game at Fyffe High School.

“Against a good team like Fyffe, you can’t play in catch-up mode,” said NSM head coach Cole Hicks. “You’ve got to be in control and make them try to catch you. There is a reason they’re 30-2. They’re a very good team.”

The loss puts NSM (19-8) on the road for Tuesday’s 7 p.m. Class 2A Northeast Sub-regional round at Area 14 champion Sand Rock. It’s the third matchup between the teams this season, with NSM winning the previous two by 19 and 26 points. The winner advances to play in the Northeast Regional at Jacksonville State University on Friday.

“We’ve got to be road warriors now,” Hicks said. “All this game determined was whether we got to wear white or blue (uniforms). Of course we wanted to play at home, but we’ve still got a chance to go to Jacksonville.”

It was the second straight season Fyffe defeated NSM in the area finals. The Red Devils improved to 3-1 against the Bison this season.

“Our guys fought hard,” said Fyffe head coach Neal Thrash. “Give credit to coach Hicks and NSM. They played our tails off. Not all of our boys had their best game, but others stepped up big. Big win.”

One of those players was Austin Buster, the tournament MVP, with 19 points for the Red Devils, who host Asbury in the sub-regionals Tuesday night.

NSM led 19-18 after one quarter and 36-33 at halftime before the game went to the fourth quarter tied 50-all. The Bison had a 54-53 lead with under six minutes remaining, but Fyffe used a basket from Godwin, a trey from Buster and two free throws and another basket from Godwin to take an eight-point lead. Fyffe then made 6 of 9 free throws down the stretch to close it out.