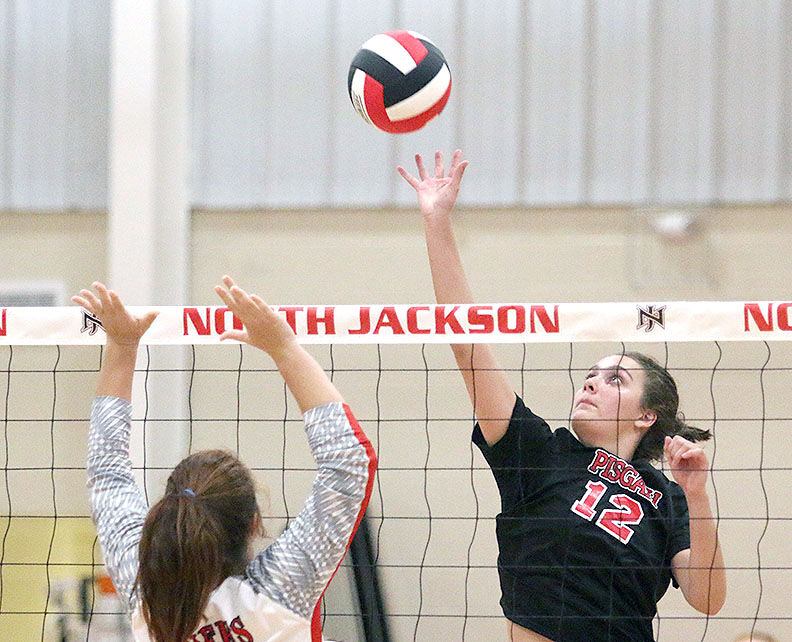 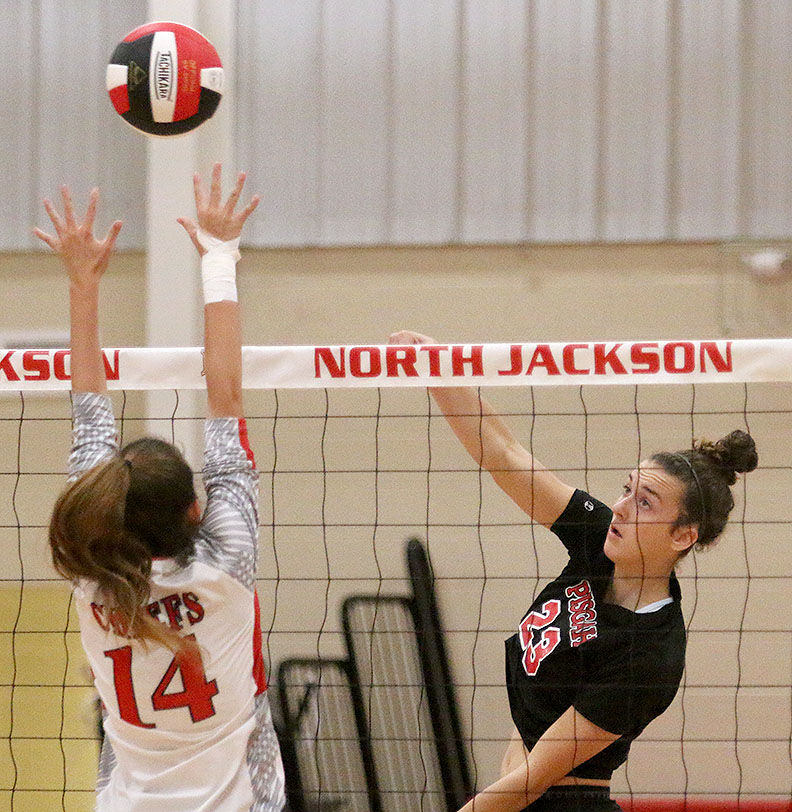 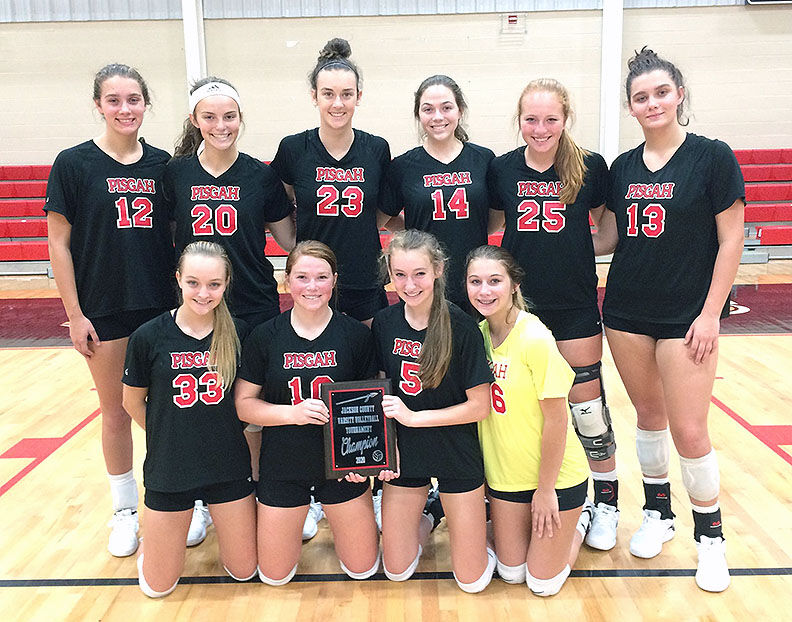 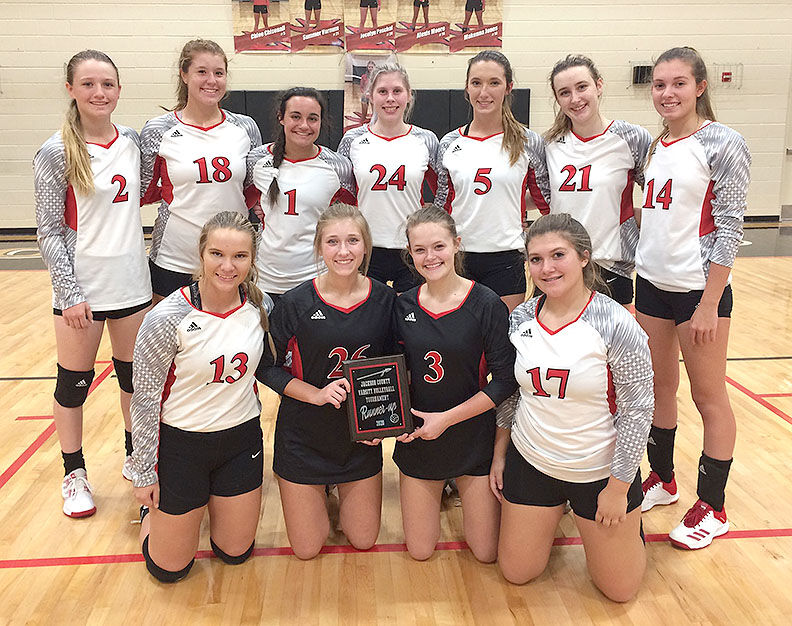 Pisgah’s reign as Jackson County volleyball champion will continue for another year.

Pisgah has all six county volleyball tournament championships since the tournament began in 2015.

“Winning the county tournament is a great accomplishment for our girls,” said Pisgah coach Chrystal Heard. “It is always good to compete well in your county and definitely feels good to keep that title here at Pisgah.”

The Eagles raced out to big leads in both sets against North Jackson, which was making its first finals appearance since 2016 after defeating Woodville 25-14, 28-26 in the semifinal round.

The Eagles opened the tournament with a 25-23, 25-11 semifinal match victory over North Sand Mountain.

Molly Heard notched 12 kills and one block and Ashley Shrader had seven kills and two aces for Pisgah, which also got three kills from Amber Shrader and two aces from Karlee Holcomb.