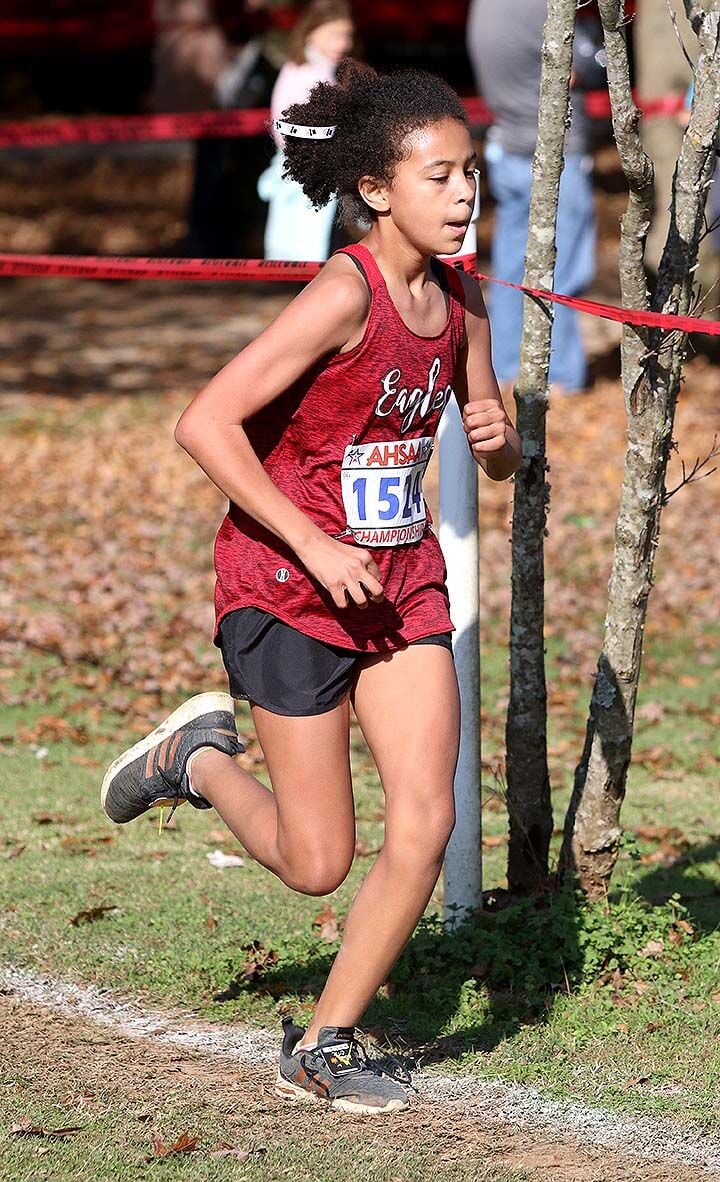 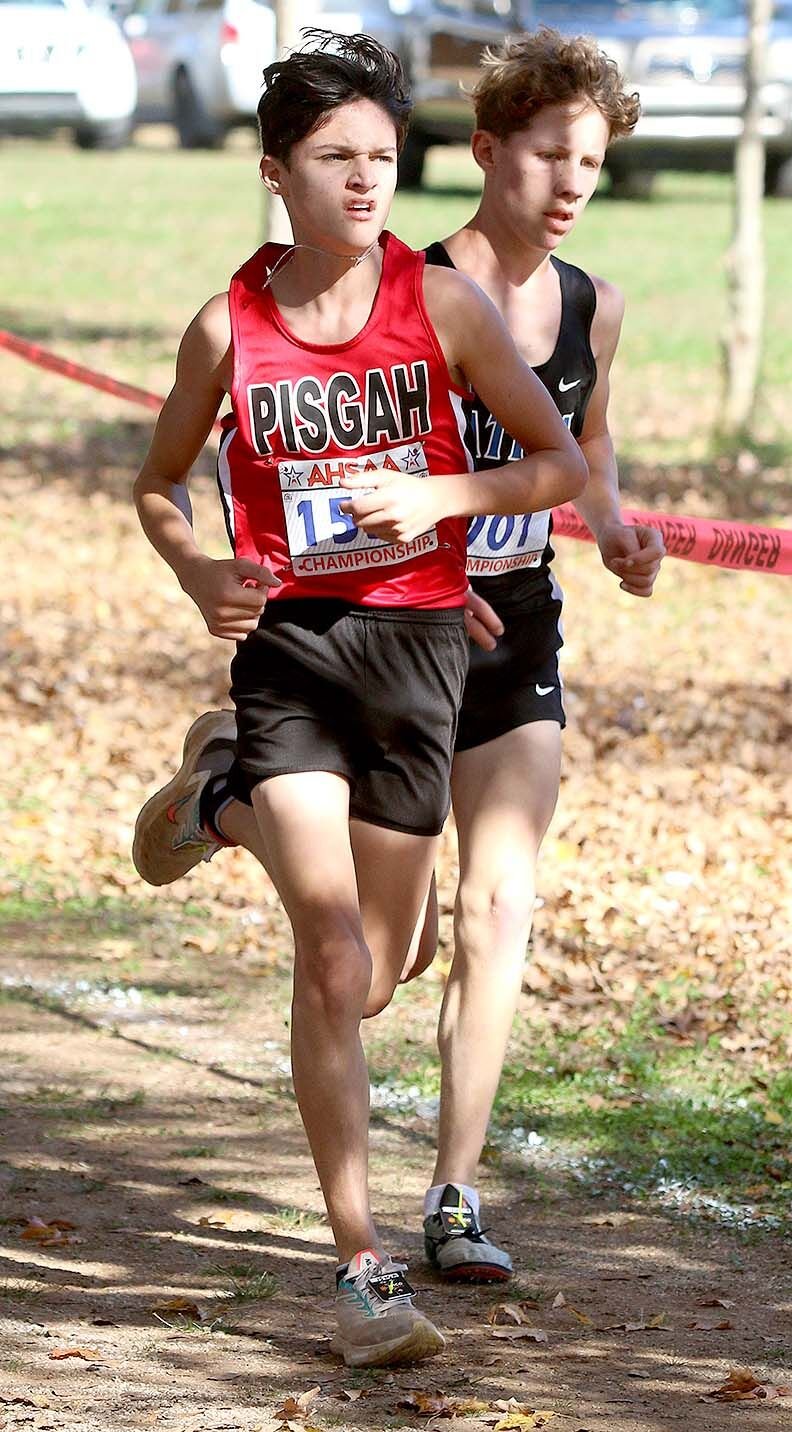 Tristan Little passes a runner on his way to a 19th-place finish and help Pisgah post a top-five finish in the Class 1A-2A Boys State Championship Race. 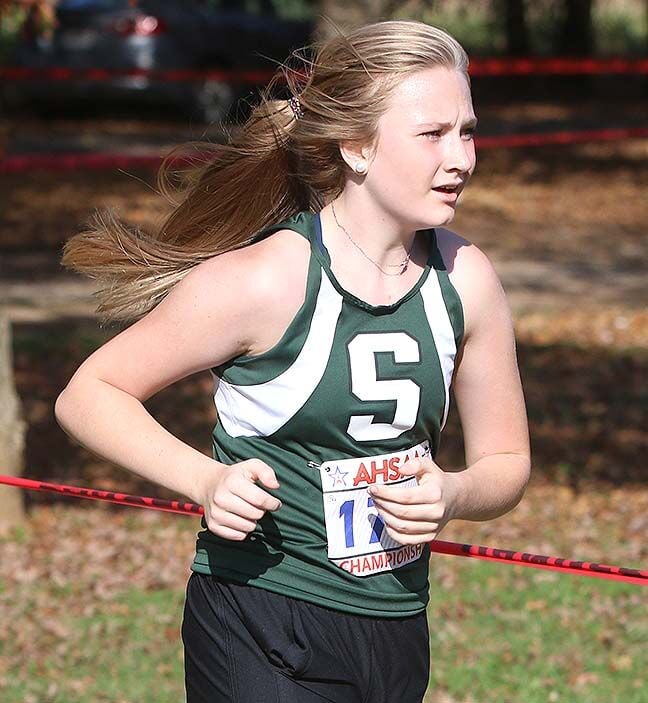 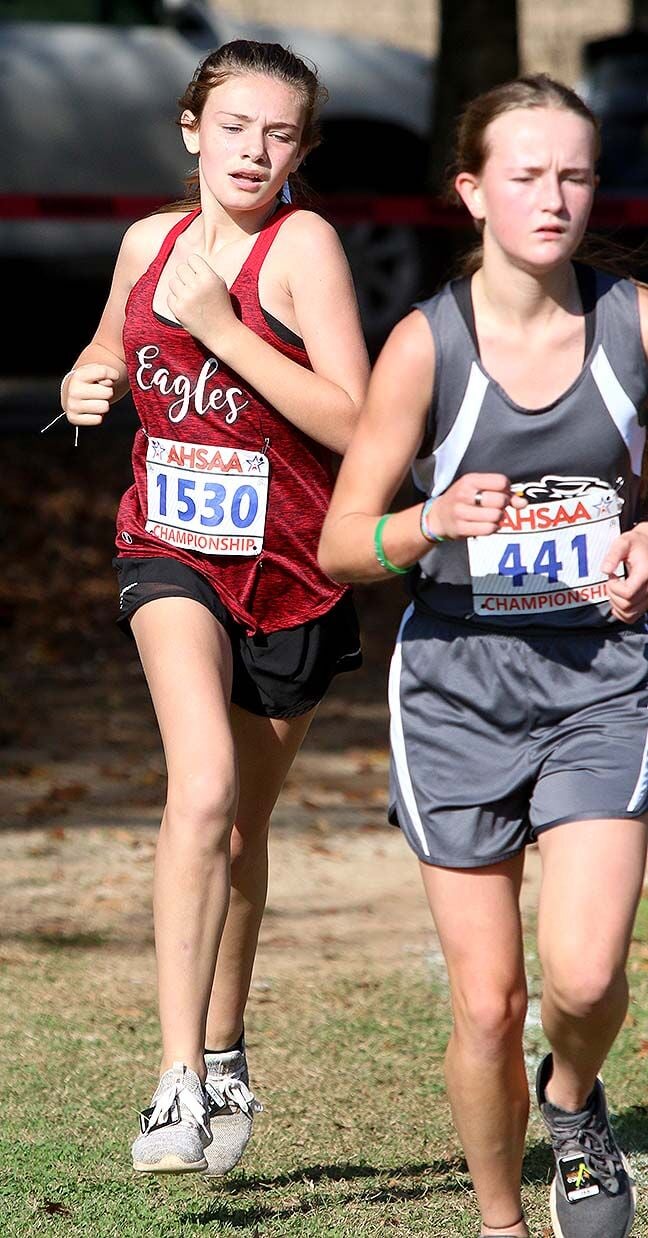 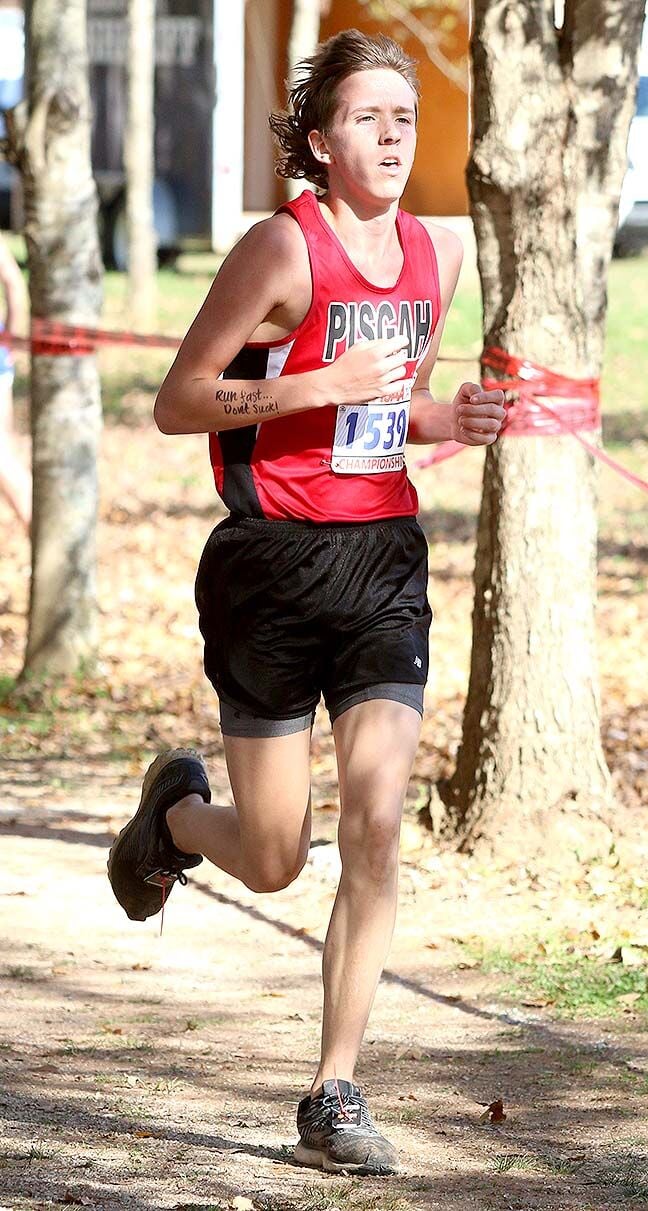 Tristan Little passes a runner on his way to a 19th-place finish and help Pisgah post a top-five finish in the Class 1A-2A Boys State Championship Race.

The Pisgah cross country teams finished their seasons with a pair of top-five state finishes.

“I am proud of my kids and their fifth-place finishes,” said Pisgah head coach Gus Hembree. “Eight of my 19 (runners) had their best time of the year and several others were within 10 seconds of their season best. As a coach, I have a hard time being upset when my kids come out and compete at a high level against the best in the state.”

Meanwhile, the Pisgah boys cross country program recorded its best state finish. The Eagles closed with a team score of 171. Hatton won the Class 1A-2A Boys state championship with a winning low score of 67. Bayshore Christian was the runner-up (81) while Cold Springs was third (95) and St. Luke’s fourth (124).

Hembree said he’s already looking forward to his teams’ prospects for next season.

“I am losing four great seniors that have set the bar high this season. I believe their contributions will be felt for years to come,” Hembree said. “I have a great group of kids coming back, eight of my 10 boys from state and nine of my top 10 girls. I believe we will see great things from them in the near future.”

“I was pleased with my runners' performances,” said Skyline coach Rhonda Saint. “I am only losing one of my three qualifiers for next season. I expect Trever and Katie to both come back strong next year. Trever had a solid finish. He was a little shy of his goal he had set for himself, but he still finished with a PR (personal record). Katie ran a great race also. She has worked hard this year. I think running at state will be motivation for her to come back ready to run and continue to improve next season.”