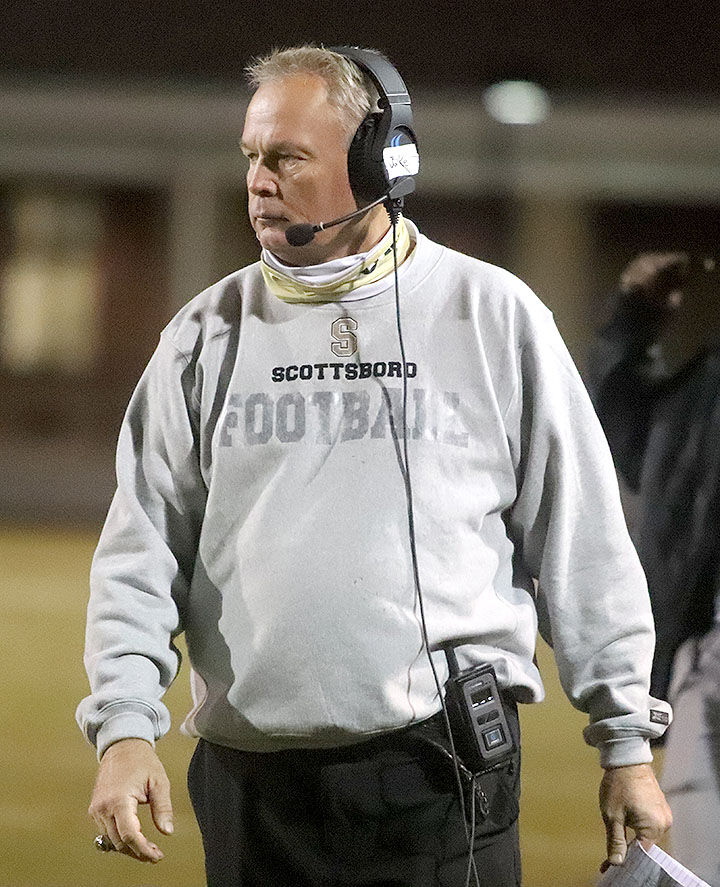 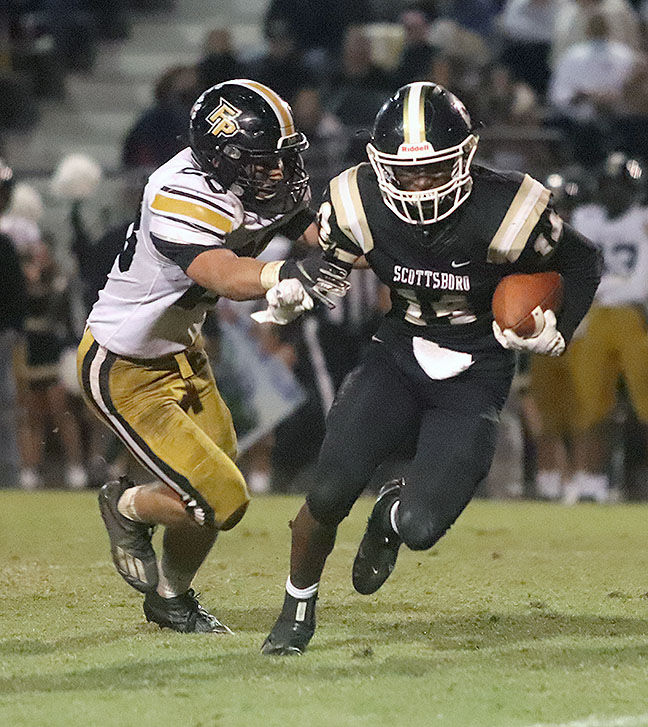 B.J. Harris (right) and Scottsboro step out of region play to host Oneonta for Homecoming on Thursday.

B.J. Harris (right) and Scottsboro step out of region play to host Oneonta for Homecoming on Thursday.

There is only player remaining on the Oneonta High School football team that played for the Redskins during Don Jacobs’ final season as the OHS head coach.

Jacobs, now in his fourth season as the head coach at his alma mater, Scottsboro, may not know the Oneonta players his Wildcats will face this week, but said he knows the mentality of the players his team will face.

Jacobs, who went 65-25 in seven seasons at Oneonta and led the Redskins to three state finals appearances and the 2013 Class 4A state title, will face his former school when Scottsboro hosts Oneonta at Trammell Stadium Thursday at 7 p.m. in a non-region matchup.

The game was originally scheduled for Friday but was moved to Thursday because of the threat of inclement weather.

The game is also Homecoming for Scottsboro High School.

It's the first meeting between the schools in 56 years Scottsboro leads the series 11-4-2.

Oneonta’s head coach is Phil Phillips, who was Jacobs’ offensive coordinator during his head-coaching tenure at OHS.

“He was my O.C. for seven years and him and me talk every week, just about every day,” Jacobs said. “If you look under favorites on my phone, he’s going to be near the top.”

Oneonta (4-3), a member of Class 4A Region 7, brings a four-game winning streak into the matchup with Scottsboro.

The Redskins were forfeit their first two games to Cleveland and Hayden because of COVID-19 reasons before losing their first on-field game to Class 4A No. _-ranked Etowah 28-7. Since then, Oneonta has posted wins over Ashville 23-0, Dora 31-17, Susan Moore 40-14 and Hanceville 56-24.

“It shows on the film that they’re playing hard and improving,” Jacobs said of the Redskins. “They play extremely hard. They’re well-coached, doing what the coaches want them to do.”

Scottsboro (2-4) enters the matchup on the heels of a heart-breaking last-second 41-34 Class 6A Region 7 loss to Fort Payne. Scottsboro quarterback Jacob Manning left that game with an injury on the third to the last play of the game, but is expected to be ready to go this week, Jacobs said.

After facing Oneonta, Scottsboro plays Southside and Pell City to close out region play as it looks to secure a playoff berth.

Jacobs said the Wildcats shouldn’t be looking ahead just because it’s taking a break from region play.

“You have to keep the same mentality as every week, go out there to win,” Jacobs said. “Hopefully we can go out there and do enough good things to win.”