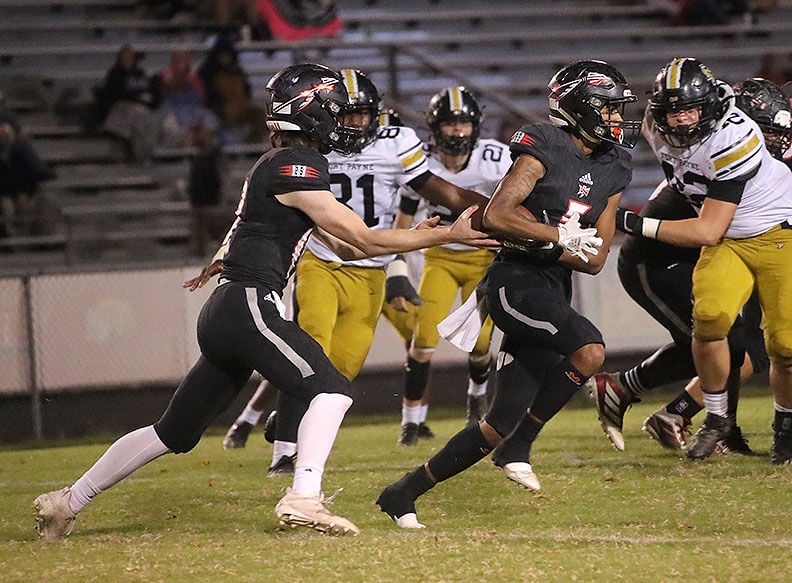 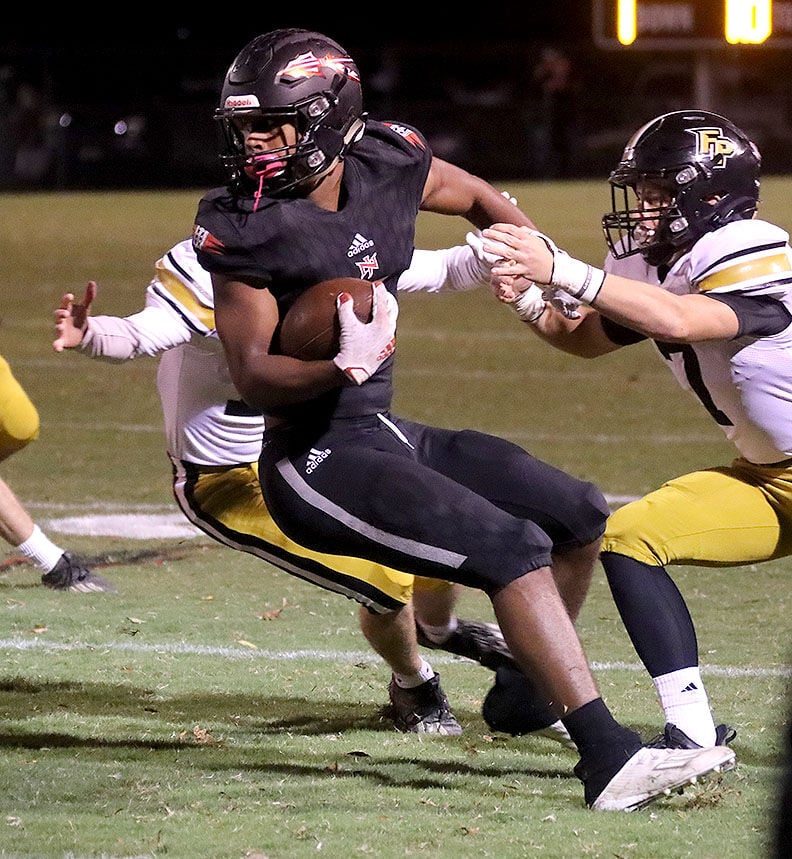 North Jackson's Nigel Lanier tries to pull away from a Fort Payne defender during Friday's game.

North Jackson's Nigel Lanier tries to pull away from a Fort Payne defender during Friday's game.

J.D. Blalock tossed a touchdown to Cam Thomas and ran for another score in the first half of Class 6A Fort Payne’s 41-13 victory against the 4A North Jackson Chiefs at R.D. Hicks Stadium on Friday night.

It was the first meeting between the teams since 2013. North Jackson still leads the series 11-9, but Fort Payne has won the last five meetings.

Blalock found Thomas across the middle of the field for a 20-yard throw, and Thomas shook off his defender for a score to give the Wildcats a 7-0 lead. Blalock faked a handoff and kept the ball for a scoring run down the right sideline with 3:11 left in the quarter.

The Chiefs lost a fumble during a failed exchange at the edge of their own red zone and Fort Payne’s Kaden Dubose ran up the middle for another score with 59 seconds left to play in the first quarter. Alex Akins added a touchdown run early in the second quarter to make it 28-0 at intermission. He ran for a second score at the 10:34 mark of the third.

Sawyer Burt added a touchdown catch to put Fort Payne ahead 41-0 at the 1:56 mark of the third, before the Chiefs reached the end zone with a Nigel Lanier scoring reception with 19 seconds left in the period.

Fort Payne hosts Gardendale in a 6A state playoff opener at Wildcat Stadium next week while North Jackson visits Good Hope for a Class 4A first-round game.

› Glendon Poe is the sports editor of The Times-Journal in Fort Payne.