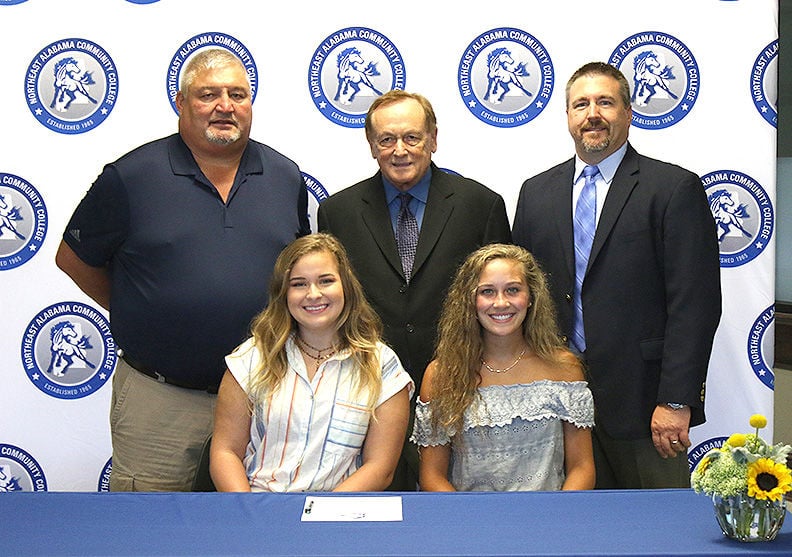 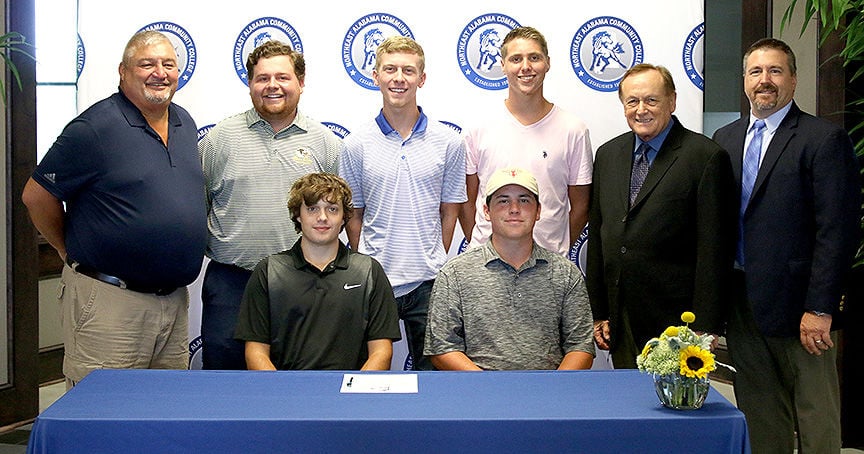 “Congratulations,” he said, “and we go to work tomorrow.”

The NACC men’s and women’s golf teams’ finalized their rosters during Thursday’s signing ceremony which saw both new and returning student-athletes sign scholarship papers for the new school year.

“We’ve got some good players,” Kirk said. “It’s a different game from high school to college. But they’re good players, they should make the adjustment to it. They’re good kids, good students. I think they’ll do what they need to improve their golf game.”

“We’re excited about our golf team,” NACC president Dr. David Campbell told the players. “Not only do you represent the golf team, but you represent Northeast Alabama Community College. We’re very proud to have you here.”

The NACC golf program is entering its third year of competition.

Ledwell has never played competitively but did well during NACC tryouts in June and landed a scholarship. The former Skyline basketball and softball standout is looking forward to competing in a new sport.