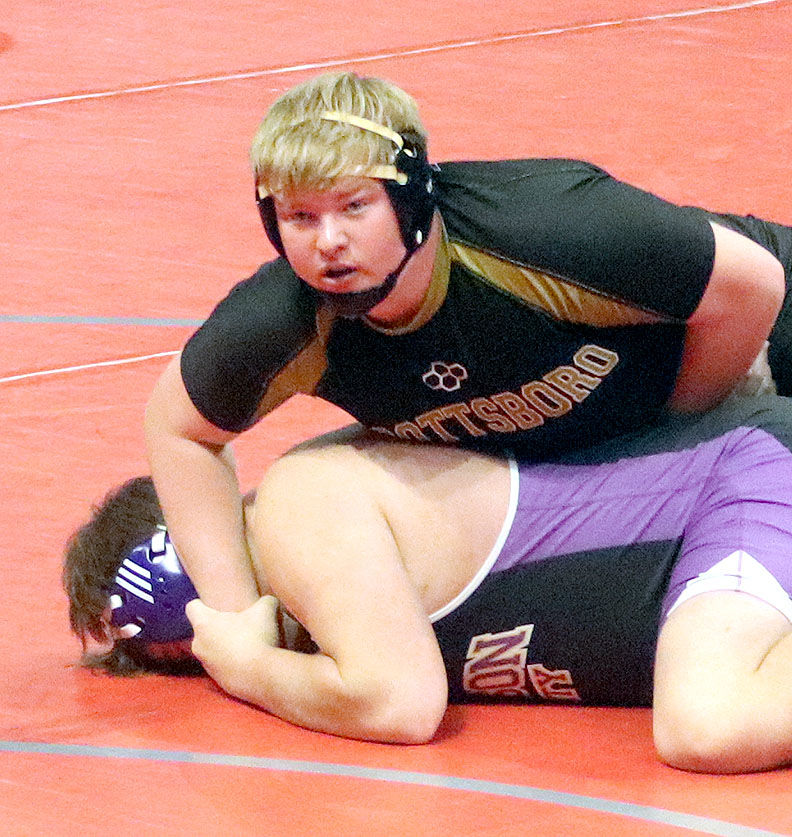 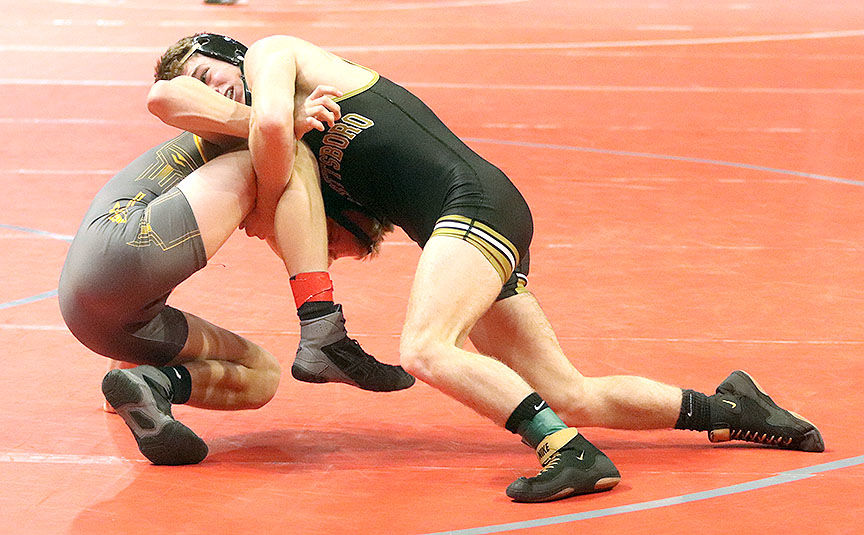 Clinton Stewart (right) was one of four Scottsboro wrestlers who advanced to the Class 1A-5A state meet during the 2020 season. 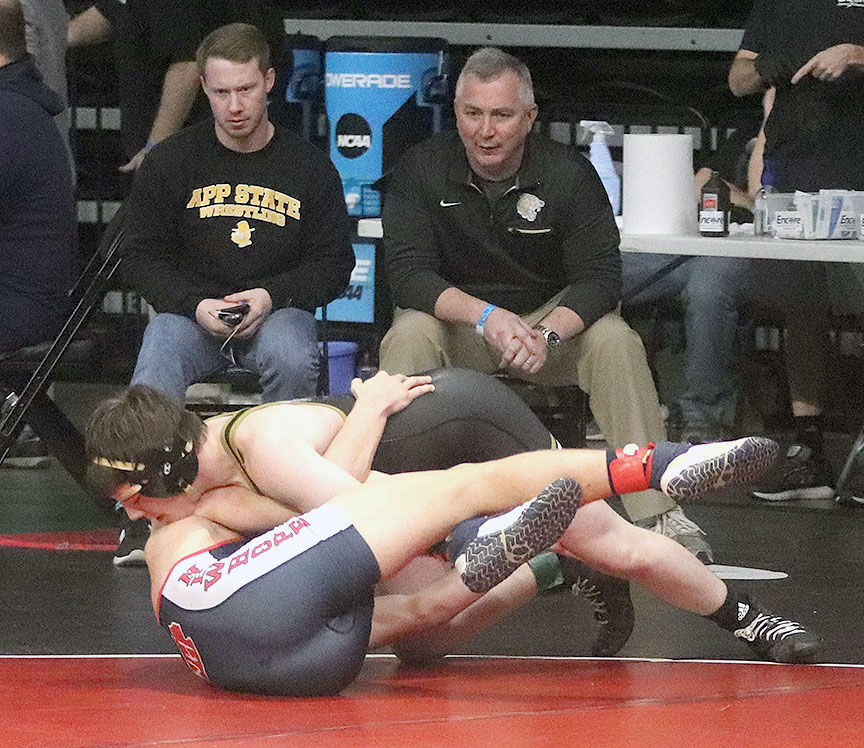 Clinton Stewart (right) was one of four Scottsboro wrestlers who advanced to the Class 1A-5A state meet during the 2020 season.

Scottsboro wrestlers enjoyed plenty of success during the 2019-20 high school wrestling season. Here is a look at some of the highlights from last season:

» Scottsboro wrestlers Mason McKenzie and Clinton Stewart both claimed the title in their respective weight classes at St. John Paul II’s Jayson Spencer Invitational. Both wrestlers went 5-0 in the tournament to win the 106- and 126-pound weight class championships. Stewart won all five of his matches via pin while McKenzie won four matches via pin. Meanwhile, Kolby Clark finished as the runner-up at 285.

» Kolby Clark and fellow sophomore Clinton Stewart both posted two-six finishes during the 2020 AHSAA Wrestling Championships at Huntsville’s Von Braun Center. Clark finished fourth in the 285-pound weight class after going 3-2 during the state tournament. He finished the season with a 27-10 record. Clark won his first two matches on Thursday to reach the 285 semifinals before losing to eventual state champion Ben Buchanan of Ranburne, Clark posted a 5-0 decision over Cleburne County's Trent Pate to advance to the consolation bracket's third-place match, where he lost to Dora’s Ronny Henderson. Stewart posted a fifth-place finish in the 126-pound weight class. He went 4-2 in the tournament with three wins via pin. He received a forfeit from Moody’s Parker Dodd in the fifth-place match to finish his season with a 36-8 record. Mason McKenzie (24-13) at 106 and Russell Proctor at 152 both finished 2-2 in their respective weight classes. McKenzie lost his opening-round match but followed with two wins in the consolation bracket before being eliminated. He finished the year with a 24-13 record. Proctor won his opening round match via pin before falling in the quarterfinals. He won his first consolation match by decision before losing in the third round of the consolation bracket. Proctor closed the season with a 31-9 record. Scottsboro finished 15th in the team standings with 41.5 points. Arab won the Class 1A-5A team state championship with a team score of 189.5 while Jasper was the state runner-up (115).