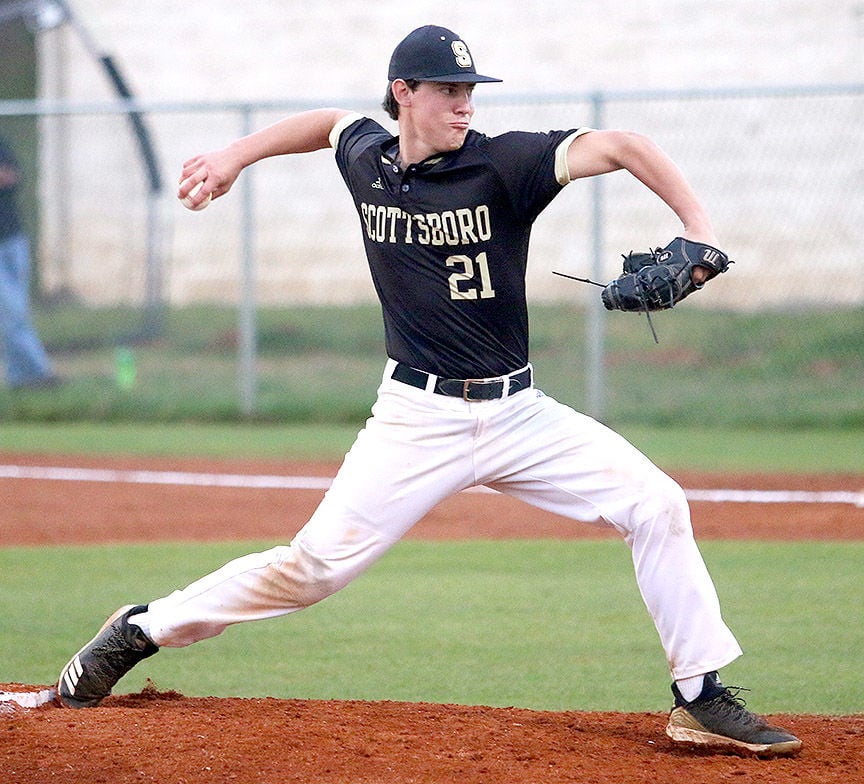 Christian Herberholz and Scottsboro host Madison Academy in Round 1 of the Class 5A playoffs. 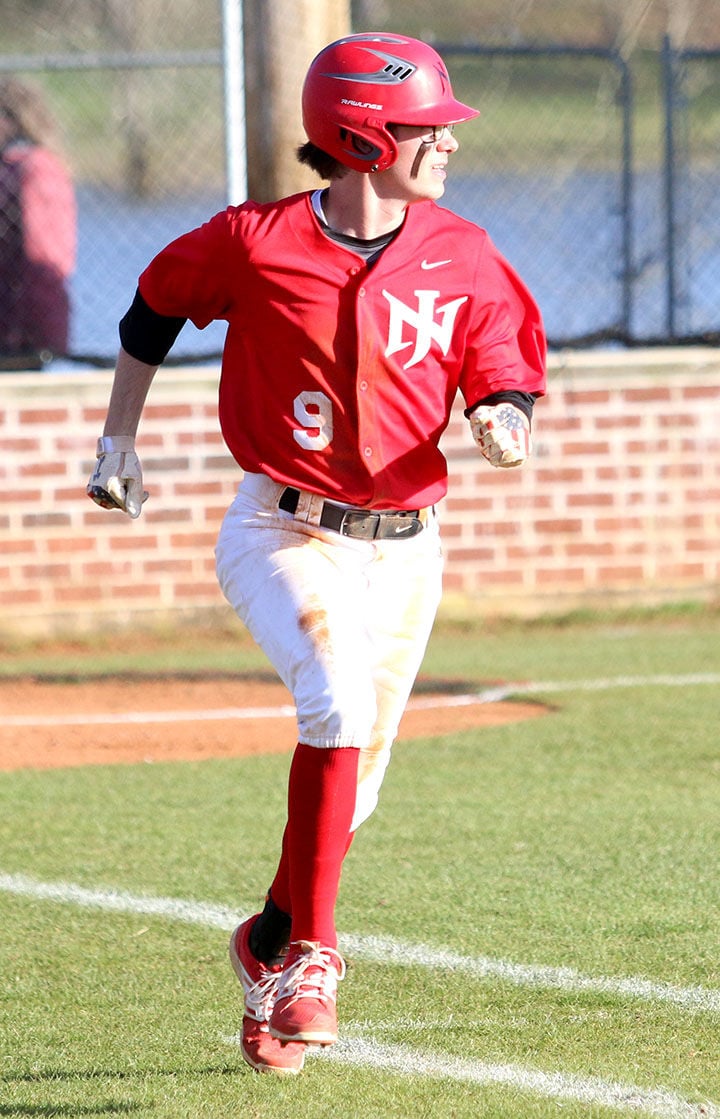 Jordan Eakin and North Jackson host Danville in Round 1 of the Class 4A playoffs. 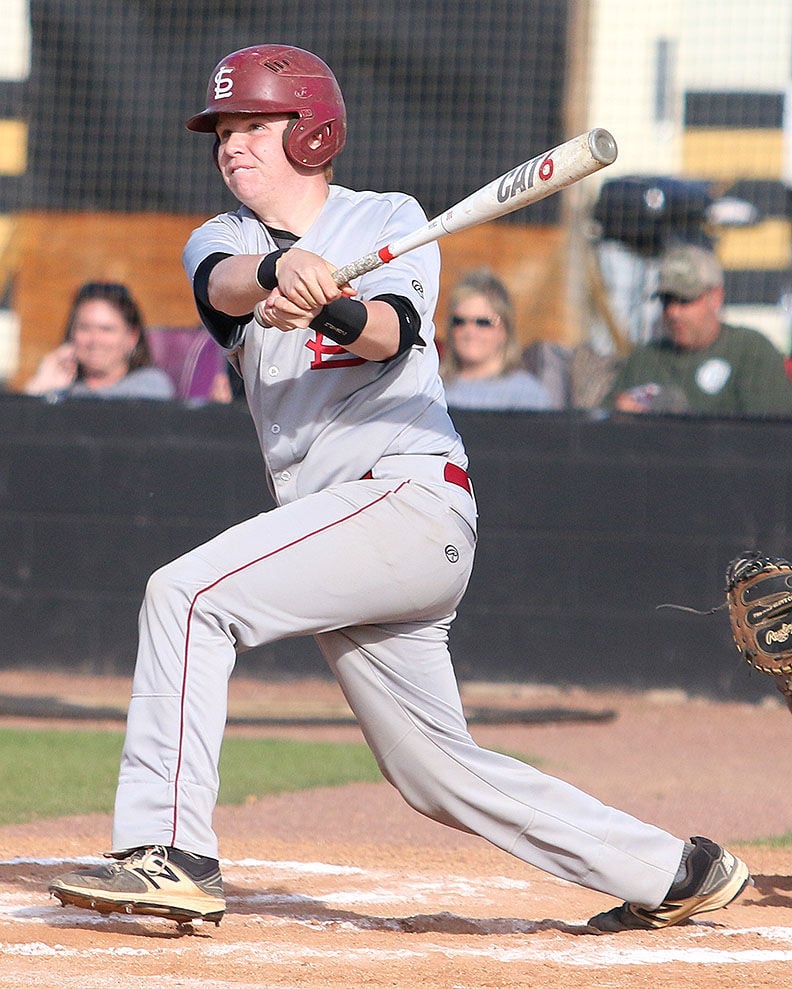 Christian Herberholz and Scottsboro host Madison Academy in Round 1 of the Class 5A playoffs.

Jordan Eakin and North Jackson host Danville in Round 1 of the Class 4A playoffs.

The 2019 AHSAA High School Baseball Playoffs begin this week with Round 1 best-of-three series.

Three Jackson County teams will be part of the five-round pursuit for state championships.

Scottsboro, North Jackson and Section won area championships in their respective classifications and begin the postseason by hosting a first-round series.

The winners advance to the second round next week.

The Scottsboro baseball team ends a two-year playoff drought Friday when it hosts state playoff baseball for the first time since 2007.

The Class 5A Area 15 champion Wildcats, 16-7 entering Tuesday’s regular-season finale vs. Buckhorn, host Madison Academy in a first-round best-of-three series. Game 1 and Game 2 will be played starting Friday at 4:30 p.m. Game 3, if necessary, would be played Saturday at 1 p.m.

“Our guys are excited about this opportunity,” said first-year Scottsboro head coach Blake Talley. “I like where we are right now. Our situation is always the same. If we throw strikes and play defense, we’ve got to a chance to beat anybody.”

The Scottsboro-Madison Academy series winner plays the winner of the Moody at Parker series in Round 2 next week.

Madison Academy is a traditional baseball power, having won four state championships since 2009. Playing in Class 5A for the first time, the Mustangs enter the playoffs with young but talented team, Talley said.

“They’ve got some good (pitchers) and can swing it, what you’d expect from every team that’s made it this far,” Talley said. “(Madison Academy) has won state championships, made deep playoff runs in the past, so you know they’re going to be talented and compete well.”

The Mustangs were the Class 5A Area 16 runner-up, going 3-3 in league play. Madison Academy (13-19) edged Ardmore in a series tiebreaker to earn their playoff spot.

Talley said Scottsboro should enjoy playing the series at home but can’t let it be a distraction.

“We’ve got to make sure we’re focused on the games and not the atmosphere,” he said. “We’ve just got to go execute and do our jobs. They’ve done the hard work and have prepared for this.”

The North Jackson baseball team begins the postseason on its home field at Stevenson Park for the first time since the program’s state semifinal run in 2016.

Friday’s series is the start of the Chiefs’ quest to “play in May.”

“We are confident in where we are at at this point in the year,” said first-year North Jackson coach Cole Porter. “We have stressed all year coming to work everyday with a plan to get prepared for what we are going up against and with the mindset that we are going to get one percent better each day. At the end of the day everyone we will play will be talented we are going to focus on North Jackson baseball and try to win two games a week from here on out. We can only control what we do so we are only focused on North Jackson.”

Danville’s pitching staff is ironically led by a North Jackson transfer. Sophomore lefty-Cole Cheatham, who pitched a no-hitter two weeks ago against 4A Area 13 champion Priceville, played his eighth-grade season at North Jackson.

“From what I've heard he is very talented pitcher with a plus-plus fastball to go with his best pitch a curve ball. They have a very strong lineup consisting of contact guys to go along with some pop Danville has a great coaching staff that do a phenomenal job.”

The Section baseball team is headed to the Class 2A state playoffs for the ninth straight season, the longest running playoff appearance streak in Jackson County.

The Lions will try to keep another streak alive — Section has advanced to the second round the past seven seasons — when they host Hatton in a best-of-three first-round playoff series. Game 1 and Game 2 are Friday starting at 4:30 p.m. with Game 3, if needed, would be Saturday at 1 p.m.

"Our team has six players that have past playoff experience. The playoffs can contain high pressure situations but these guys seem to handle pressure and rise to the occasion when they are faced with adversity," said Section head coach Trey Gibson. "It will take staying mentally focused and keeping good attitudes when things do not go our way. All year we have fought and clawed and thats exactly what it will take."

The Section-Hatton winner plays the Vincent at Westbrook Christian series winner in Round 2 next week.