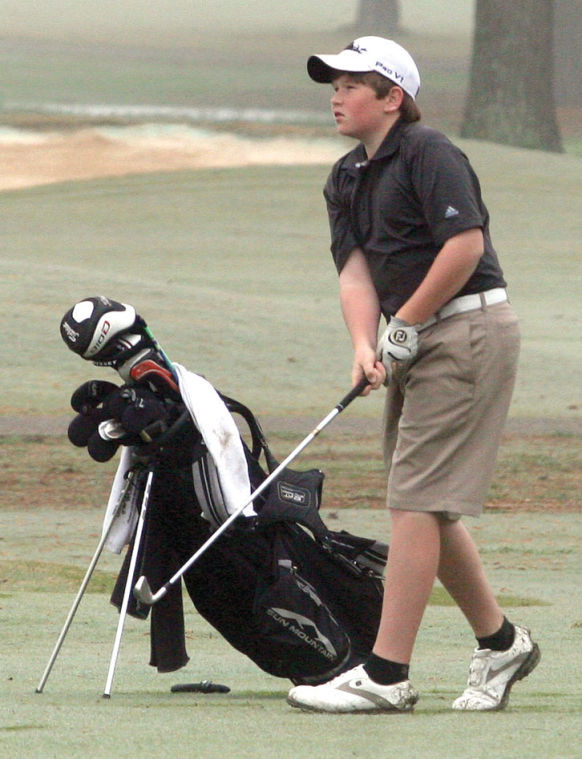 Scottsboro’s Jon Brady Sandlin shot an even-par 36 on the back nine during the Class 5A Section 4 Golf Tournament Tuesday at Goose Pond Colony. 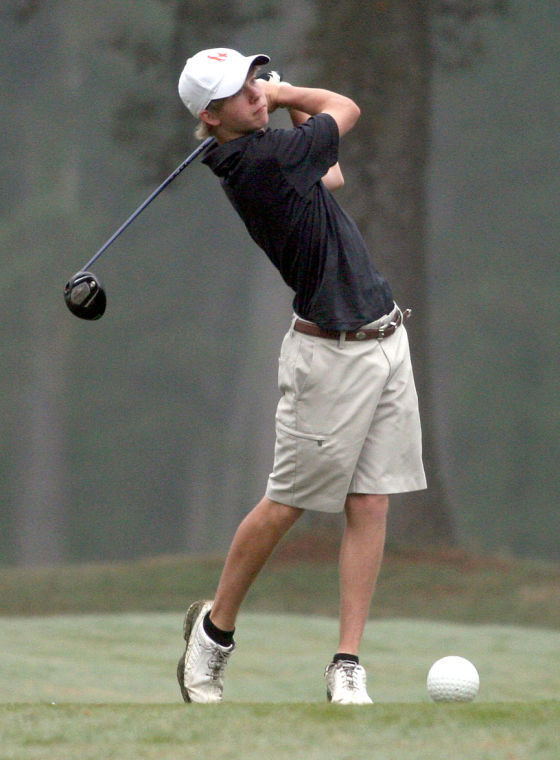 Scottsboro’s Chase Herberholz hits his tee shot on hole No. 2 during the Class 5A Section 4 Golf Tournament Tuesday at Goose Pond Colony.

Scottsboro’s Jon Brady Sandlin shot an even-par 36 on the back nine during the Class 5A Section 4 Golf Tournament Tuesday at Goose Pond Colony.

Scottsboro’s Chase Herberholz hits his tee shot on hole No. 2 during the Class 5A Section 4 Golf Tournament Tuesday at Goose Pond Colony.

A rebuilding season for the Scottsboro varsity boys golf team came to a close on Tuesday.

The Wildcats finished seventh in the Class 5A Section 4 Golf Tournament at Goose Pond Colony and missed the sub-state cut. Scottsboro also did not have a golfer advance individually as well.

"It was disappointing to not advance to sub-state," said Scottsboro head coach Staff Gibby. "It is the first year in a long time that we haven't made it to that level. But we were very young and inexperienced this year. We took our lumps, but we should be better next year."

Jon Brady Sandlin just missed qualifying for sub-state as an individual. Sandlin shot an 8-over par 80 but came on strong with even-par 36 on the back nine.

"Jon Brady had a rough front nine…to his credit, he was able to put that behind him and shot even-par on the back nine," Gibby said. "Jon Brady is an outstanding young golfer and I believe is earning the respect of a lot of other opposing players and coaches. When he learns to allow himself to hit less than perfect golf shots and realizes he can still put together solid rounds doing that, he's going to find himself having more and more success. I have every confidence that he's going to turn into that golfer."

Chase Herberholz carded an 82 for the Wildcats while Brady Roberson shot an 86, Blake Starling shot an 88, Jake Wright shot an 89, Andrew Holman shot a 92 and Cameron Hawk shot a 97.

"Chase played very consistently. I know how hard Chase works in the off-season, so I have every reason to believe he will come back for his senior season a better player and leader for this team," Gibby said.

"I am so proud of Brady's round. It was his first experience with post-season golf. Not only was it his best round in competition, he did it in the sectional tournament. Blake's round was very similar to Brady's. He settled down after his first four holes to make par on three of the last five, including rolling in a 30-foot putt on nine to save par."

Hartselle claimed the team title with a score of 299 while Russellville was second at 304. Athens and Arab both shot 306 to grab the other two sub-state qualifying positions.

With everyone eligible return next season, Gibby believes his team could be in the hunt next season.

"It was a good season and these guys grew some both as golfers and as young men," he said. "They have the chance to be something special if they commit themselves."