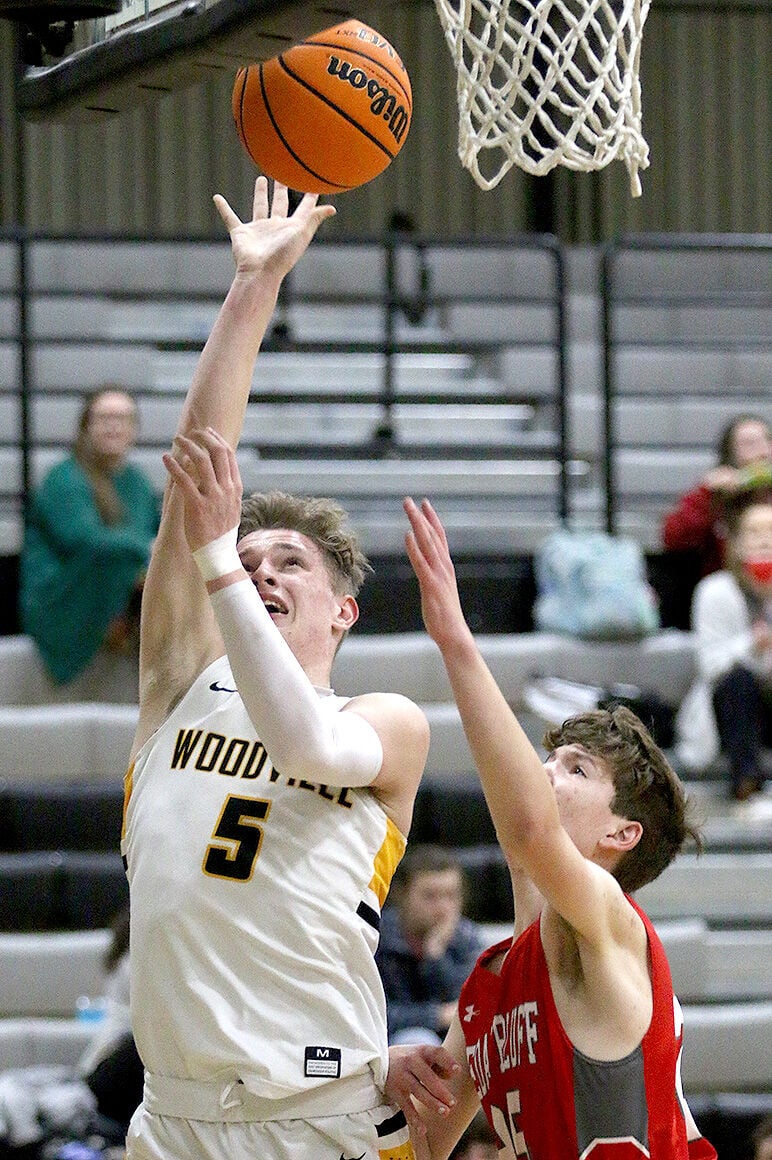 Jackson Peek gets past a Cedar Bluff defender for a layup during Woodville's 66-53 Class 1A Area 13 win Thursday night. 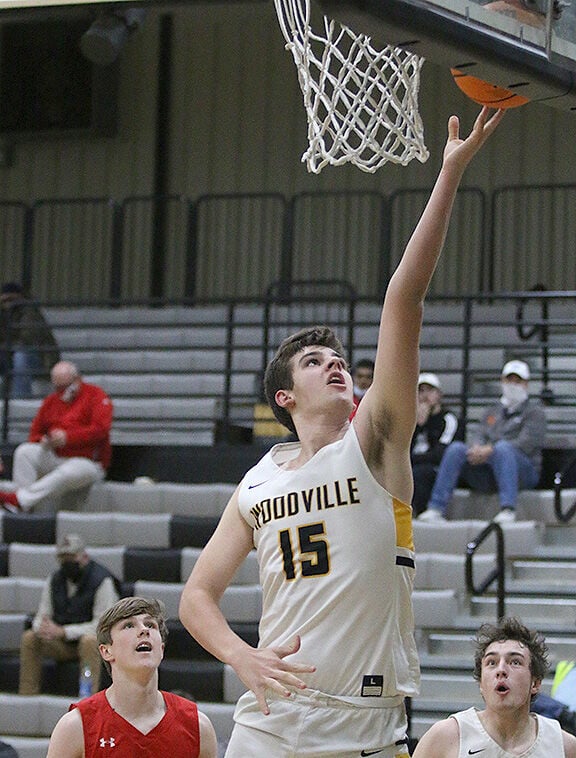 Caleb Dolberry lays the ball off the glass during Woodville's 66-53 Class 1A Area 13 win over Cedar Bluff Thursday night at Woodville High School. 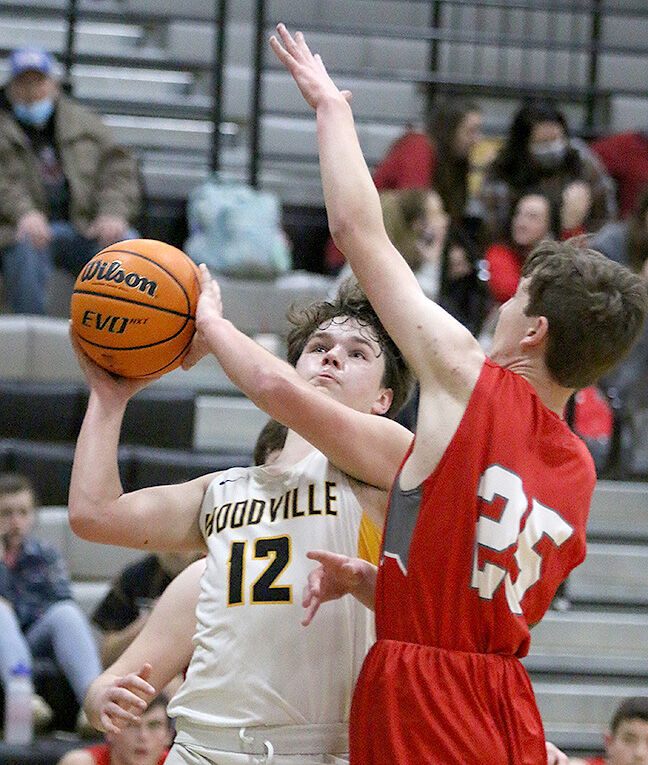 Jackson Peek gets past a Cedar Bluff defender for a layup during Woodville's 66-53 Class 1A Area 13 win Thursday night.

Caleb Dolberry lays the ball off the glass during Woodville's 66-53 Class 1A Area 13 win over Cedar Bluff Thursday night at Woodville High School.

The Panthers held off a late second-half charge by the visiting Tigers to post a 66-53 Class 1A Area 13 win Thursday night at Woodville High School.

Woodville (7-3, 4-0) did so by battling through turnover problems that hampered them all game long. The Panthers committed 29 for the game.

“If we don’t turn the ball over, we’re a good team,” said Woodville head coach Bubba Smith, whose team swept the regular-season series with Cedar Bluff. “But it’s been (a problem) all year. Just got to take care of the ball better. It’s not just one person — we’re a multi-opportunity turnover team. We’ve got the talent. Just got to get to playing better and taking care of (the basketball).”

Caleb Dolberry and Jackson Peek led the charge for the Panthers, scoring 25 and 22 points respectively. Garrett Copeland added nine points for Woodville while Damien Benson had six and Easton Parker had four.

Woodville opened up a 15-7 lead after one quarter before using a 9-0 scoring run —Dolberry scored all nine points during the run — early in the second quarter to build a 24-9 lead. The Panthers led 36-22 at halftime, but Cedar Bluff opened the third quarter with an 11-4 run to claw back in it. Anbre Leek’s buzzer-beating 3-pointer pulled the Tigers within 47-40 after three quarters.

Woodville’s lead dipped to five with 6:26 remaining, but the Panthers countered with a 10-0 run over the next three-plus minutes to regain control. Copeland started the run with a long jumper, then two buckets and two free throws from Peek and a layup from Benson gave the Panthers a 61-46 lead with 3:07 remaining. Cedar Bluff never got closer than 10 points of the Panthers the rest of the way.