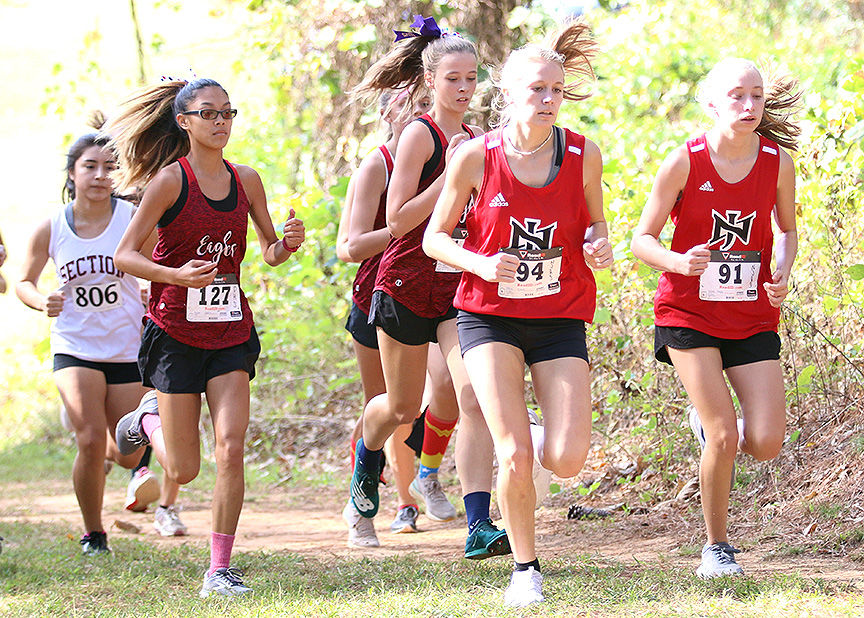 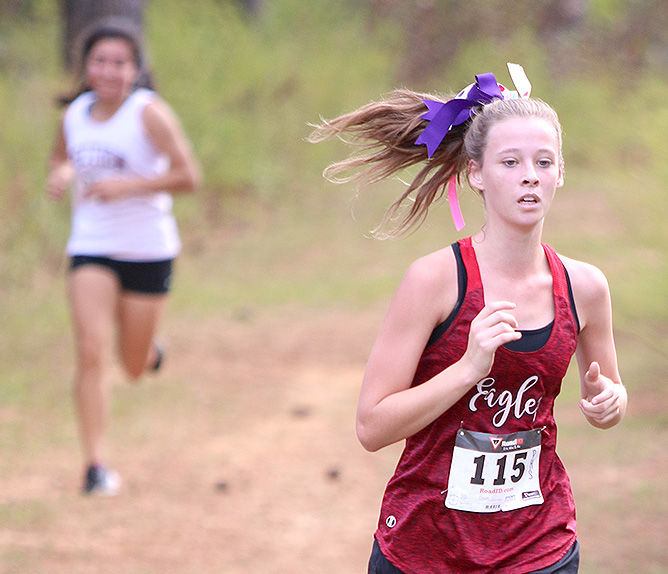 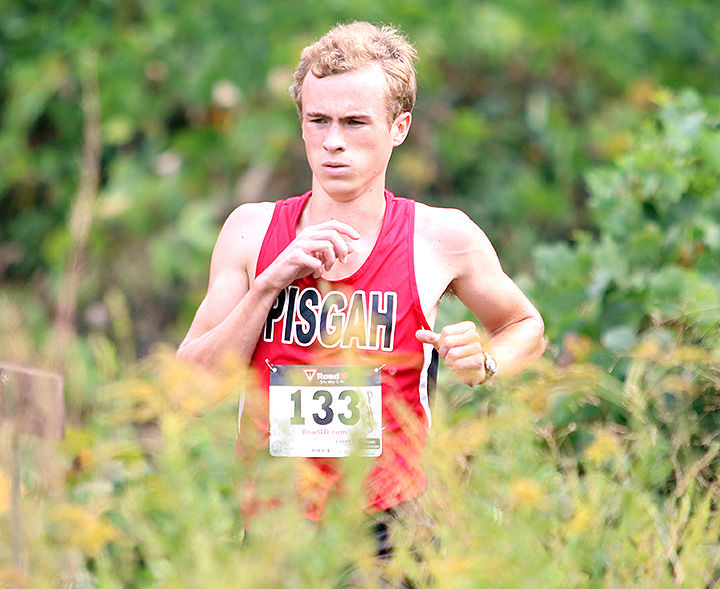 PISGAH — Rhlyee Bell raced toward the finish line, her coach and Pisgah fans shouting encouragement to her as Section’s Jennifer Vega worked hard behind her to catch her.

Bell would not be denied however, crossing the finish line in time to win the Jackson County girls cross country championship race.

Bell’s effort led Pisgah to a team championship as well, and the PHS boys went on to make it another Pisgah county title sweep on Thursday at the cross country trail near CampToKnowHim in Pisgah.

It was the seventh consecutive county championship for the PHS girls and boys teams.

“I’m glad we were able to keep our county win streak alive,” said Pisgah head coach Gus Hembree, whose teams have won the Jackson County Cross Country Meet championships every season since the meet began in 2013. “It was good to see some strong performances by our county schools. Every year the county meet gets more and more competitive.”

Section was the girls 5K race runner-up while Skyline was third and North Jackson fourth.

“Rhylee Bell has worked hard to reach her goal of winning the girls meet,” Hembree said. “Jennifer Vega from Section is a strong runner and she knew she would have to have great focus and effort to finish in front.”

“It was good to see Jaden and Tanner battle it out,” Hembree said. “It was a competitive race between them.”